Explore the beauty of west Iceland in the winter with this fantastic 2-day tour to Snæfellsnes Peninsula, where you’ll see waterfalls, hot springs, lava fields, white and black sand beaches, and a legendary glacier. You'll also visit historic villages, step inside an 8,000-year-old lava cave, and hunt for the elusive Northern Lights. Those looking for a tour that combines Iceland’s breathtaking beauty with its rich history (and just a dash of adventure) need to look no further.

The Snæfellsnes Peninsula is often referred to as ‘Iceland in Miniature’ because of its many and varied natural formations. On this tour, you'll not only explore this fascinating region, but also the equally impressive albeit often overlooked west coast.

You'll be picked up in the morning by a professional guide and driver who will take you on an epic journey around western Iceland where you’ll trek the Hvalfjörður fjord, visit the geothermal area at Deildartunguhver hot spring, learn about Vikings and the Sagas, and watch waterfalls cascade.

After spending a restful night at one of the best available hotels on the West Coast, you will hike along a path that takes you past dramatic cliffs, explore a black pebble beach, descend into a lava tube, and photograph Iceland’s most iconic mountain, Kirkjufell, all in the shadow of the impressive Snæfellsjökull glacier.

Discover some of Iceland’s most iconic sites as well as some hidden gems with this excellent tour. Check availability by choosing a date. 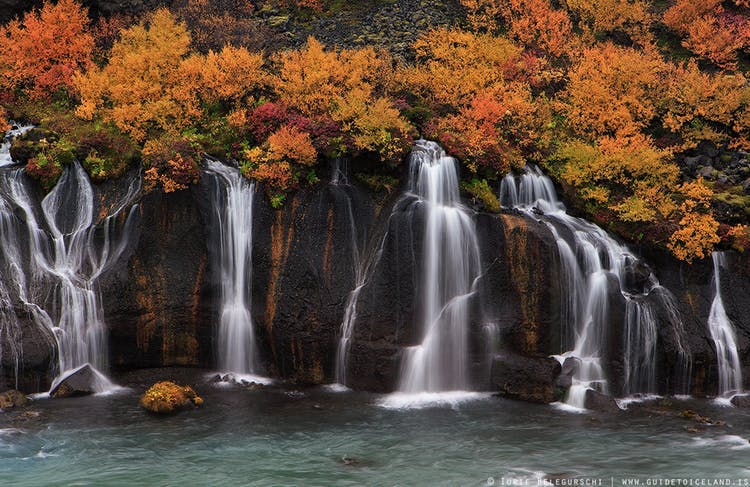 Day 1 - Vikings on the West Coast

Today, your two-day adventure in the west of Iceland begins. You'll set off in the morning to explore vast lava fields, cascading waterfalls, dark caves, white and black sand beaches, historical villages, and a mighty glacier.

Your guide will pick you up in a comfortable minibus in the morning and whisk you off to the mountain that overlooks Reykjavik, Mt. Esja. You'll drive along its foot until you reach the scenic Hvalfjörður fjord, also known as the “whale fjord”. As you drive past snow-capped mountains and open fields, you’ll see the remnants of an abandoned naval base that was occupied by the British during WWII.

Once you emerge from the fields of Hvalfjörður, you will make your way to the historic Borgarfjörður, a region where over a thousand years ago Vikings sailors settled after leaving their homeland of Norway to conquer the open sea.

You’ll make a stop in Reykholtsdalur valley where you’ll learn about the powerful forces at work below your feet: Deildartunguhver, Europe’s most powerful hot spring. Then it's off to the village of Reykholt where the poet, lawspeaker, and historian Snorri Sturluson lived during the Middle Ages. Snorri was the author of several codices that are still invaluable records of the Old Norse language and mythology.

Close by are two stunning waterfalls, Hraunfossar and Barnafoss. The former is fed by subterranean water that seeps through pores in the dark lava. The latter, Barnafoss, through a narrow gorge.

Then, you'll head to your hotel for some shut-eye. Of course, because you're visiting in the winter, there's always a chance you might see the beautiful Northern Lights dancing in the sky above. You can try to spot them while unwinding at the on-site hot tub at your accommodations. 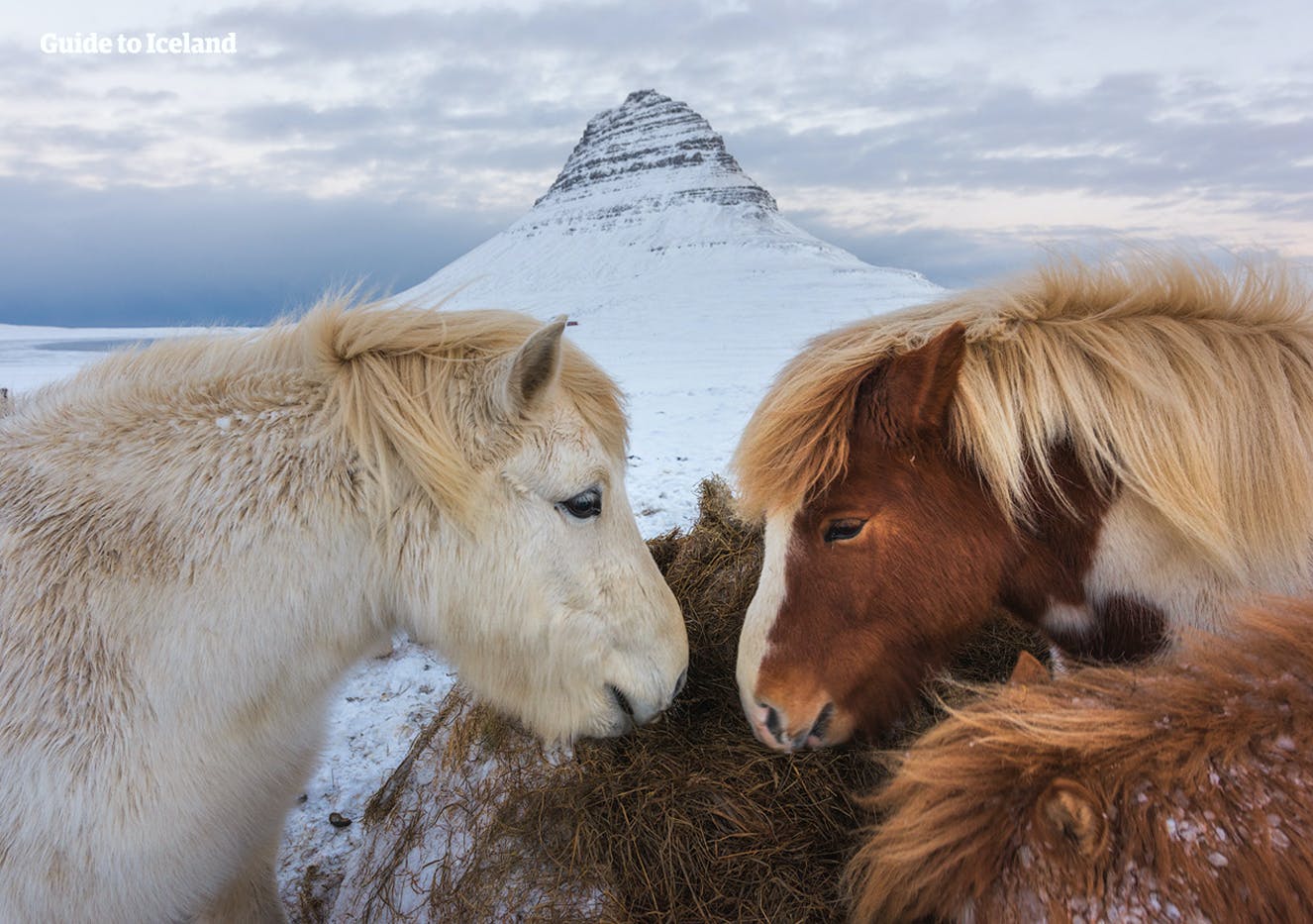 Day 2 - A Journey to the Centre of the Earth

Looming over the Snæfellsnes Peninsula is the mighty glacier, Snæfellsjökull, which was the centrepiece in the Jules Verne classic novel, Journey to the Centre of the Earth. It was the entry point to a great subterranean journey. After a hearty breakfast, you'll set out to explore the sights and have your own underground adventure.

You’ll reach the Snæfellsnes Peninsula, where you'll mount Gerðuberg Cliff, a large wall of hexagonal basalt columns. Then, you’ll head to the beach of Ytri-Tunga. Unlike most Icelandic beaches, Ytri-Tunga has white or golden sand rather than the usual black, and it is considered one of the best places in Iceland to spot seals.

Then it is off to the hamlet of Arnarstapi. The harbour area at Arnarstapi is surrounded by basalt ravines and caves. A path will lead you along the coastline where you'll see the Atlantic Ocean surge around the dramatic cliffs, rushing against the rock arch Gatklettur.

You’ll then visit the black pebble beach of Djúpalónssandur. Before you reach the ocean, you'll have to trek through a natural labyrinth of akimbo lava pillars ripped straight from the pages of a fantasy novel. Once you reach the beach itself, you’ll walk on pebble shore, where you'll discover the flotsam and jetsam of a fishing trawler that sunk just offshore some 50 years ago.

Then it is time to follow in the footsteps of Professor Otto Lidenbrock and his nephew Axel who, according to Verne’s novel, ventured into a volcanic tube to find Earth’s core. Although you won't make it to the centre of the Earth, you will enter the lava cave Vatnshellir, where you'll follow a path the flowing lava created 8,000 years ago.

Once back on the surface, you'll continue your exploration of Snæfellsnes and head toward the northern side of the peninsula where you’ll see the iconic Kirkjufell mountain. Fans of the Game of Thrones series might recognise this striking feature as the arrowhead mountain in the background when the Children of the Forest created the first White Walker.

On your way back to Reykjavík, you will drive through Hraunsfjörður, a stunning fjord surrounded by snow-capped mountains. The dark lava field of Berserkjahraun runs into the fjord, and your guide will undoubtedly tell you the baffling story of the road's construction.

As you drive through the open fields of the west coast, keep your eye on the sky; you never know if you might see the greens, pinks, and whites of the Northern Lights. You’ll then reach your accommodation in Reykjavík in the evening, bringing your epic journey around West Iceland to a close.

Customers travelling on their own will receive a single room. Reservations for 2 people will be allocated a double room. For bookings of 3 or more, triple rooms will automatically be allocated. For example, a group of 8 will receive 2 triple rooms and 1 double. If these arrangements do not meet your requirements, please contact the provider.

The Northern Lights are a natural phenomenon, and therefore cannot be guaranteed, but this itinerary is designed to maximise your chances to see them if weather allows.

For your convenience, it is recommended that you pack lightly for this tour, in a small bag or backpack. If you have large luggage with you, please check with your accommodation if they offer luggage storage for your time on this tour. If that is not a possibility, you can store your luggage at our office for a small fee.

Please note that only pick up and drop-off from designated pick up locations in the greater capital area is available, not from Keflavík International Airport. Therefore, we do not recommend attempting to start this tour on your arrival day in Iceland.

Arrival time back to Reykjavík at the end of your tour can vary depending on weather and traffic. It is highly recommended that you do not book your flight home the same night as bad weather or delays could affect your journey. Please be sure to arrange accommodation for this evening and an airport transfer the next day to take you to Keflavík International Airport for your departure.