Come along on this captivating three-day tour and visit both west and south Iceland as well as the famous Golden Circle. This excursion will combine leisurely walks through beautiful places, scenic drives, and adventures, as you will get to hike a glacier, enter an ice tunnel, and go lava caving!

You'll see many of Iceland’s most famous sites, such as Þingvellir National Park, Geysir geothermal area, Langjökull glacier, and Gullfoss waterfall. This tour will, however, also show you lesser known places, where you can enjoy the sites in peace, without worrying about any visitors outside your group.

This tour is conducted in a small minibus, making your experience both comfortable and personal. Your friendly, expert tour guide will accompany you throughout and is on hand to answer any questions you might have.

All technical equipment for the caving and glacier hiking will be provided for you, and your accommodation for the two nights you will spend out of Reykjavík will be sorted prior to your arrival.

Don’t miss out on this immersive, intimate experience. Check availability by choosing a date. 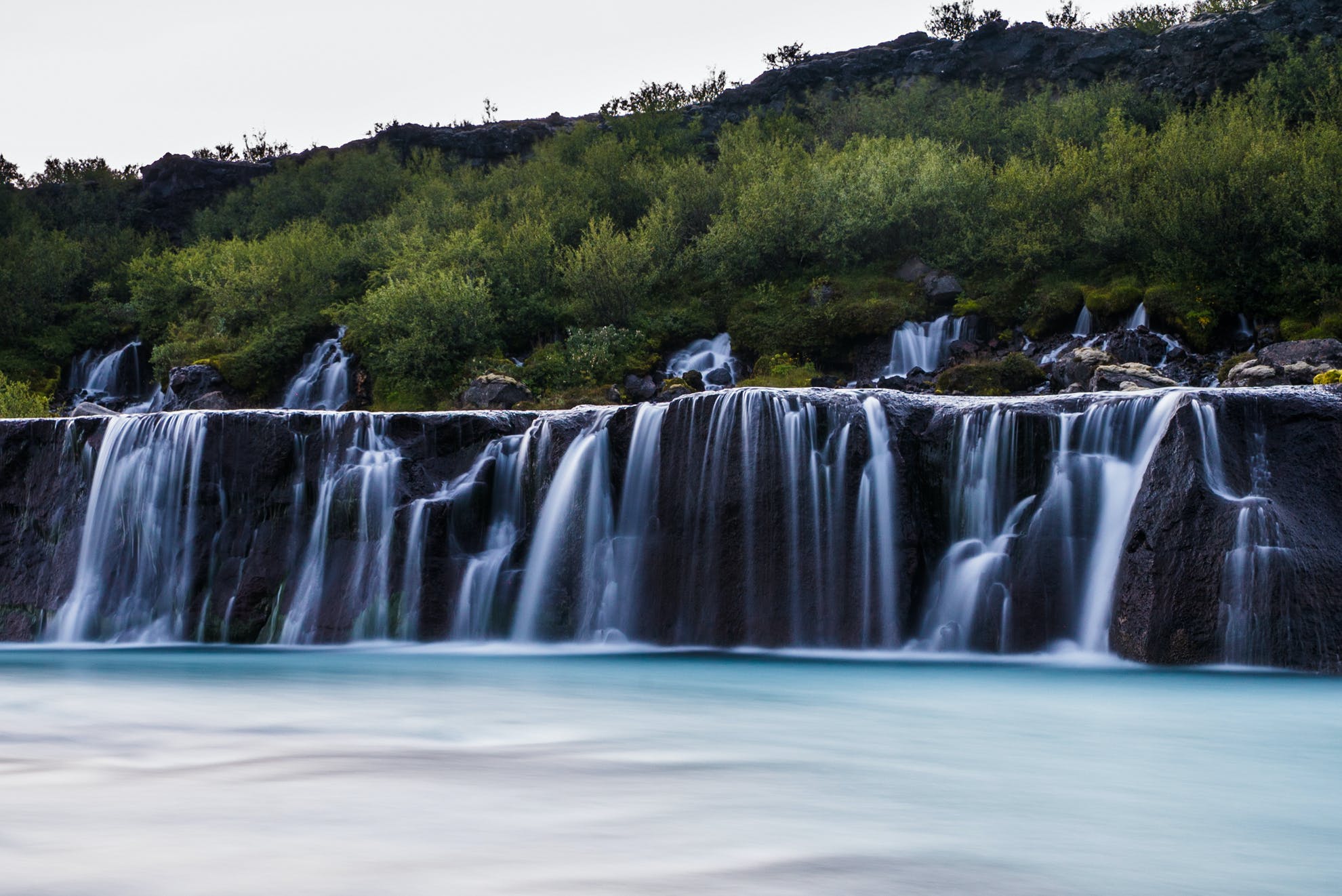 Into the Glacier & Lava Tube Caving

Early on day one, your guide will pick you up at your accommodation, and the group will depart Reykjavík. The first objective is to drive north of the capital, towards two little-known but beautiful waterfalls, Barnafossar & Hraunfossar, which are located right next to each other.

In the afternoon, you will head up to the second largest glacier in Europe, Langjökull, to join an exploration of the ice tunnel. 600 metres (1,968 ft) long, it was carved by hand and machine to allow visitors to see the beautiful insides of an ice cap.

Following this, you'll join a caving tour inside Iceland's longest lava tube, Víðgelmir. Formed over a thousand years ago, it is a spectacular example of the country's geological history.

After enjoying these sites, you will retire for the night in a lovely country hotel. 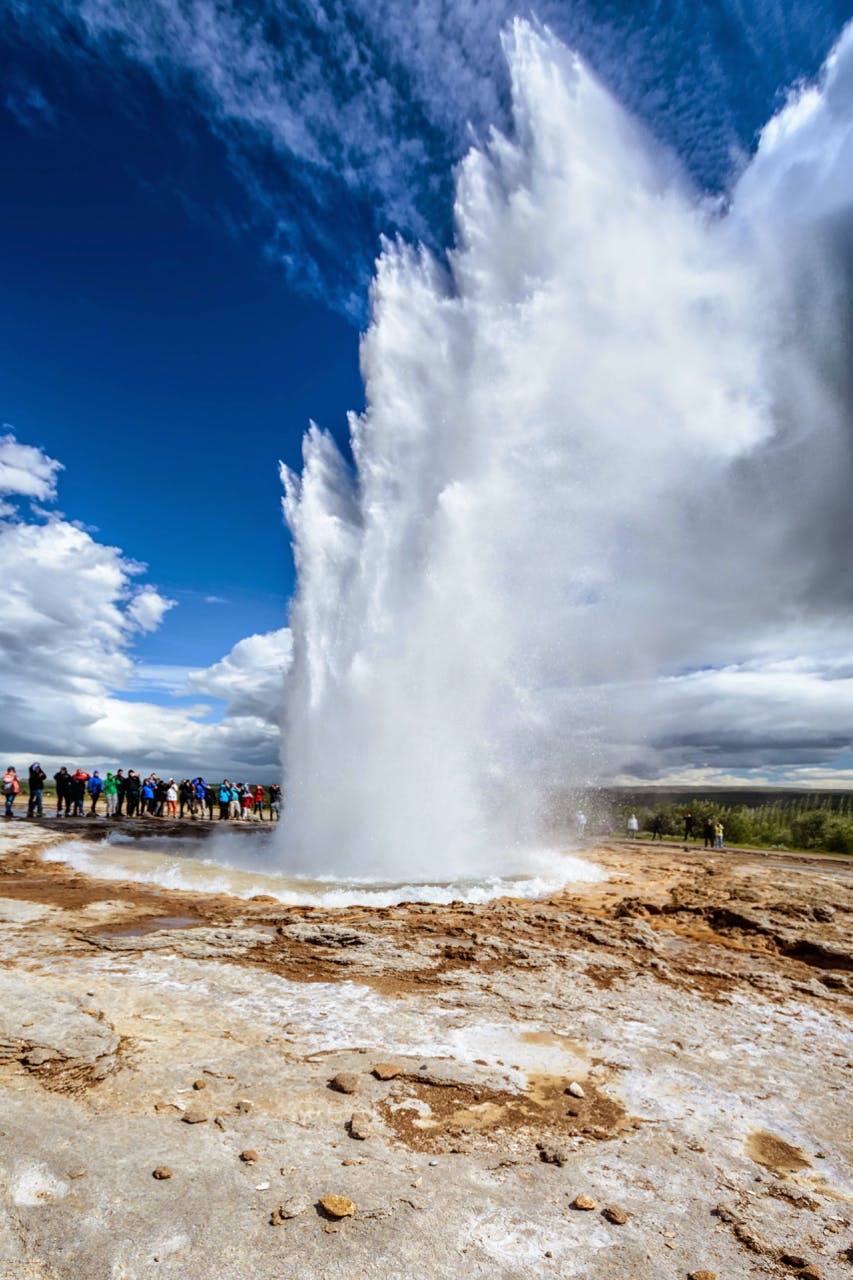 On day two, you will explore Iceland's most popular tourist route, the Golden Circle. There are three stops here, all of which tell as to why the trail is so famous.

The first of these is Þingvellir, Iceland's oldest National Park and the only UNESCO World Heritage Site on the mainland. This place is steeped in folklore and history as it is here where the nation's parliament was founded in 930 AD; considering it still runs today, it is the world's longest running extant parliament. Þingvellir also has a wealth of natural beauty, with lava fields coated in moss, wooded areas, and ravines filled with spring water.

These ravines are opened because of the tectonic plates, the edges of which are clearly visible and frame the park as Þingvellir is located in the rift valley between the North American and Eurasian plates.

From there, you will head to the Geysir Geothermal Area, home, as the name suggests, to the geysers. The largest and most famous of these, which leant all others their name, Geysir itself, is inactive, but its neighbour Strokkur is full of life. It erupts every five to ten minutes, to heights that exceed twenty metres. Strokkur and Geysir are surrounded by beautiful geothermal hot pools, mud pots and fumaroles; just don't touch the water, as it is scalding.

The final stop on the Golden Circle is Gullfoss, the country's most famous waterfall. Why it is so esteemed will be clear upon seeing it; it is a dramatic, powerful feature that inspires all who look upon it.

After enjoying these three sites, you have the option of heading to the Secret Lagoon, a beautiful, naturally heated geothermal pool in the village of Flúðir. Following that, you will make your way to your accommodation for the night, located in the beautiful South Coast countryside. 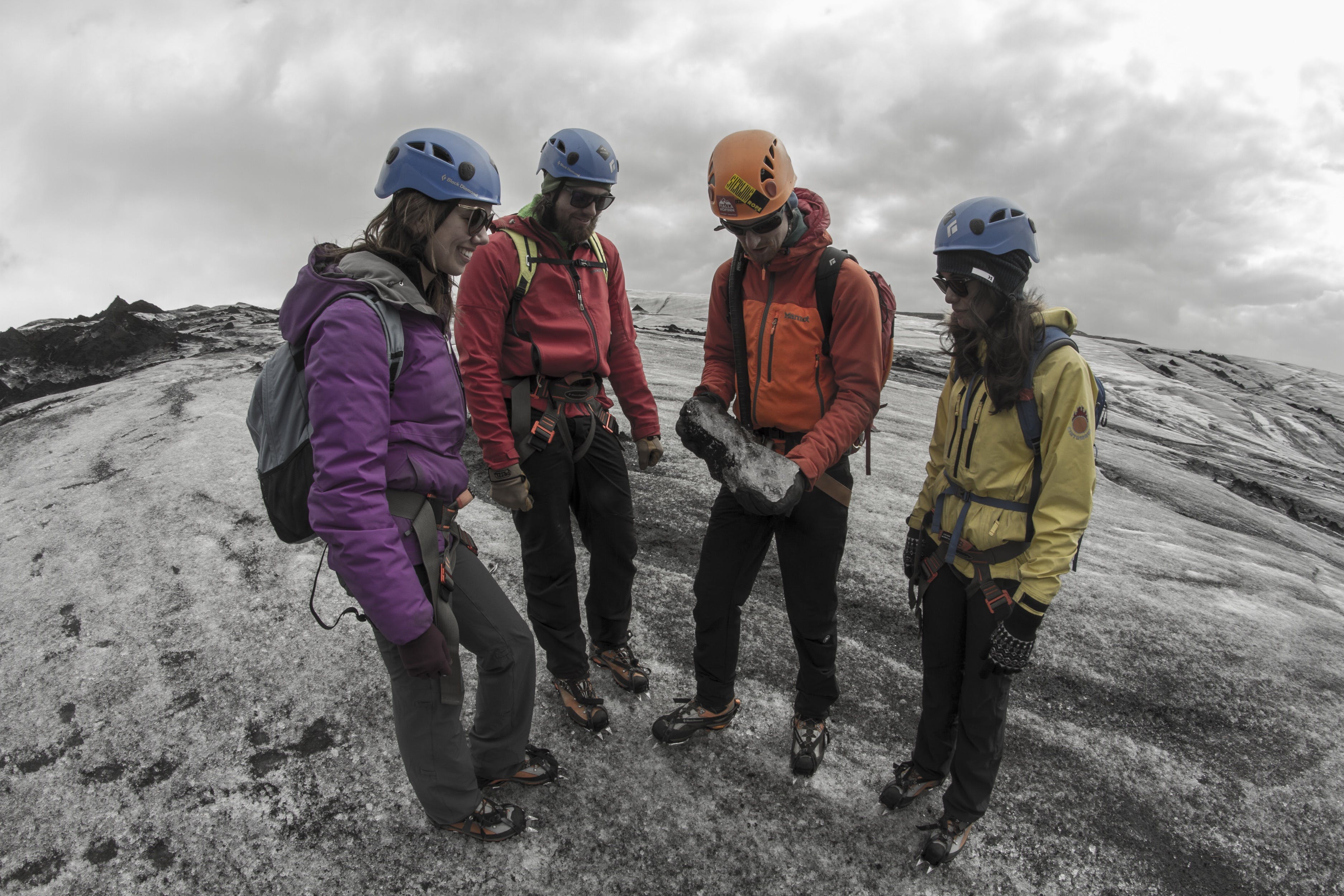 On your final day, you will see the sites of the South Coast. This feature is lined with waterfalls, glaciers and volcanoes to one side, and beautiful seascapes to the other.

The first highlights you will come across are two 60 meters (200 ft) tall waterfalls, about half an hour's drive from each other. The first, Seljalandsfoss, is best known for its unique feature; if conditions allow, you can walk behind the cascading water and get an unusual view of the surrounding landscapes. Skógafoss, meanwhile, is renowned for its sheer power, and the amount of spray that rises when it crashes into the ground.

Next, you will head up to Sólheimajökull glacier to enjoy your glacier hike. Before starting, you will be given all necessary equipment and a safety briefing. Your guide is qualified to lead groups over the ice, and along the way, they will tell you all about the glacier's formation, history and future. You will expose yourself to some incredible views and landscapes, and be able to admire phenomena such as crevasses and dramatic ridges.

After you come off the glacier, adrenaline pumping, you will return along the South Coast back to your accommodation in Reykjavík in time for dinner.