Only have a few days in Iceland and want to see as many spectacular sights as possible? Then this small group tour is perfect for you. On your 5-day journey, you will be taken to the highlights of the South and West of Iceland as well as one of the pearls in the wild, rugged highlands.

In a group of no more than 16 people, you will be picked up in Reykjavík by a minibus, giving you the freedom and comfort unmatched by big busses. You'll be picked up on the morning of day two and taken to the South Coast, famous for its black sand beaches, waterfalls, and glaciers.

You will see the two waterfalls Seljalandsfoss and Skógafoss and get in touch with the cultural heritage of Iceland at the Skógar Museum. From there you'll move on to the small village of Vík which sits on the banks of the jet-black beach Reynisfjara. On the way back, you'll pass through the beautiful little seaside villages of Eyrarbakki and Stokkseyri.

The following day you will tour the Golden Circle, visiting Þingvellir National Park, Geysir geothermal area and the iconic Gullfoss waterfall. From there you will head inland, taking the Kjölur highland road between the glaciers Hofsjökull and Langjökull, to the otherworldly Hveravellir geothermal area before spending the night at a country hotel in Miðfjörður fjord.

On day three you will head west again, traveling to the Snæfellsnes peninsula where you will travel around, visiting some of the small fishing villages along the coastline, and exploring the sandy beaches and bird cliffs while the mighty Snæfellsjökull glacier looms over you.

Along the way, you will see one of the most picturesque mountains in Iceland, Kirkjufell; columnar basalt formations; and hopefully feel the power of the glacier, which many claim has mysterious powers! After circling the peninsula, you will head back to Reykjavík, driving through the town of Borgarnes. 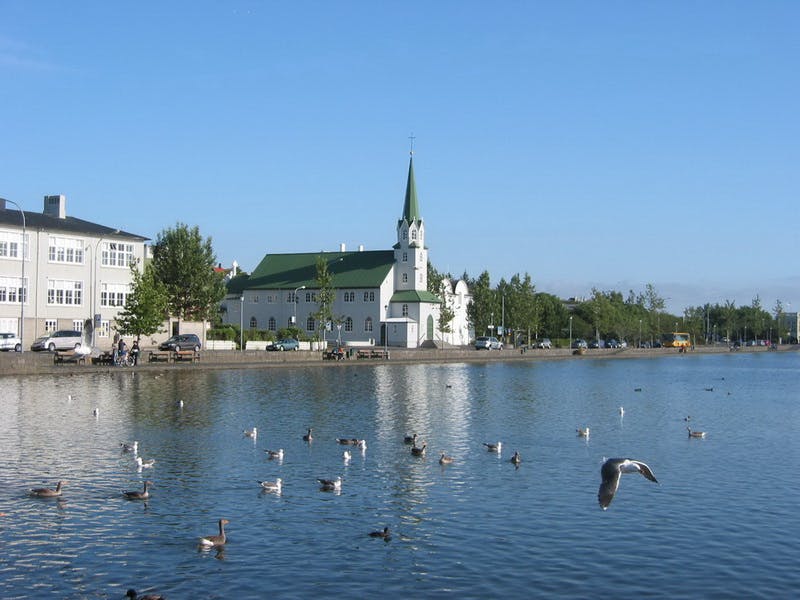 Once in Reykjavík, you can get settled into your accommodation which is included for this tour. You can then start exploring the city to your heart's content or, if you are feeling tired after the flight, rest for the busy days you have ahead of you. 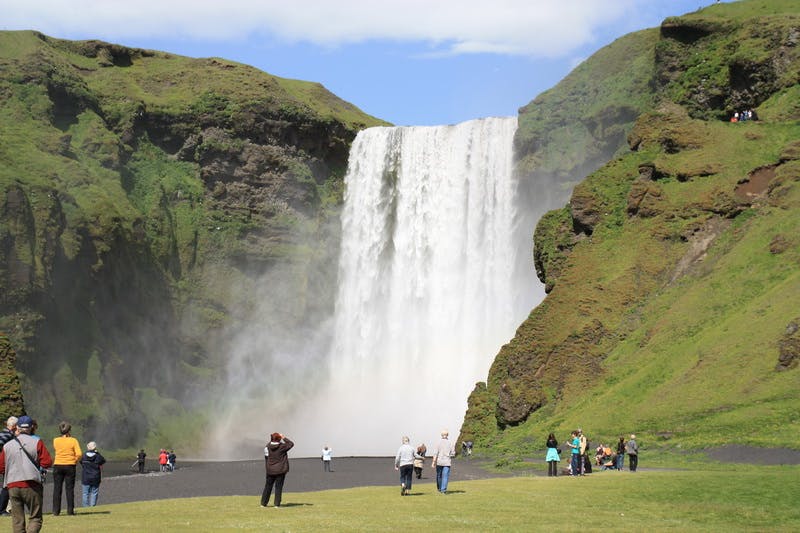 Today we will explore the South Coast of Iceland. You'll travel around the country in a minibus with no more than 16 people, ensuring a more comfortable and friendly experience than in a big bus.

After being picked up at your accommodation in the morning, you will make your way east on the Ringroad to the picturesque waterfalls Seljalandsfoss and Skógafoss. You will also have the opportunity to visit the Skógar museum, focused on the region's heritage.

Heading further east, you will reach the black sand beaches of Reynisfjara where you can take an easy hike along the shore. Afterwards, you will be driven to the tiny village of Vík which provides great views of the surrounding black sand beaches and the impressive Reynisdrangar basalt cliffs.

In the afternoon, you will head back west, making a detour down to the coastline to pass through the villages of Eyrarbakki and Stokkseyri. You'll spend the night in accommodation in the Selfoss area. 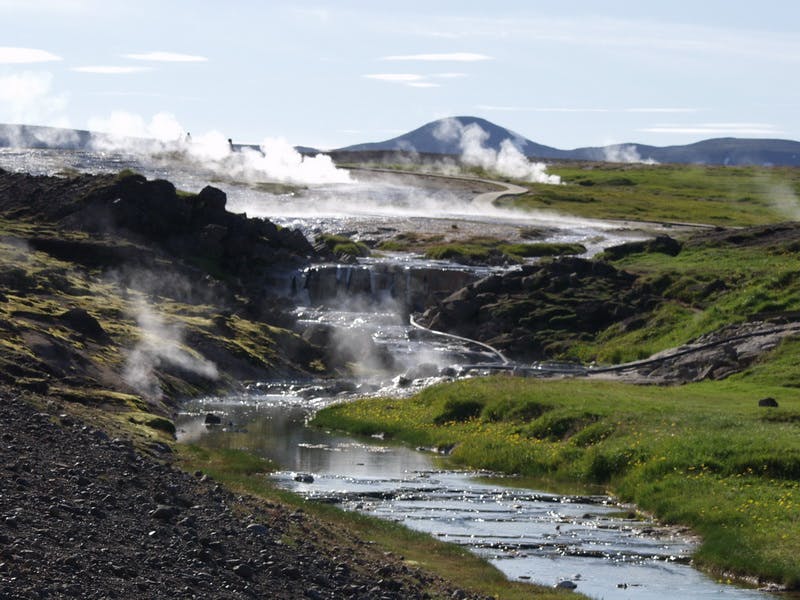 Golden Circle and the Highlands

Today you'll leave Selfoss and head towards Lake Þingvallavatn. You'll travel along its southern shore until you reach the Þingvellir National Park proper. This was the site of Iceland´s ancient parliament and is of great historical, cultural and geological significance to Icelanders.

After taking in the sites, you'll head towards the Geysir geothermal area, where you will witness the Strokkur geyser spout steaming hot water at regular intervals as high as 15-20 meters in the air.

Your next stop is the two-tiered waterfall Gullfoss, the most iconic of all waterfalls in Iceland. From there, you'll head north into the highlands via the Kjölur highland route, passing between the glaciers Hofsjökull and Langjökull, until you reach Hveravellir geothermal area, right in the middle of the highland route. Here you can soak in the warm geothermal waters or take a short hike in the area.

You will then continue north until you reach your accommodation in Midfjörður. Today you will explore the mystical Snæfellsnes peninsula, an area of great natural beauty. There you can find practically every natural phenomena in Iceland, just on a slightly smaller scale.

You will head south from Midfjörður, and then your journey will take you around the peninsula and the Snaefellsnes glacier. You will see waterfalls, lava fields, the Snæfellsnes glacier, amazing coastline and bird cliffs, sandy beaches and volcanic mountains.

After circumnavigating the peninsula, you will head back to Reykjavík via Borgarnes village. You will spend the last night in the capital. 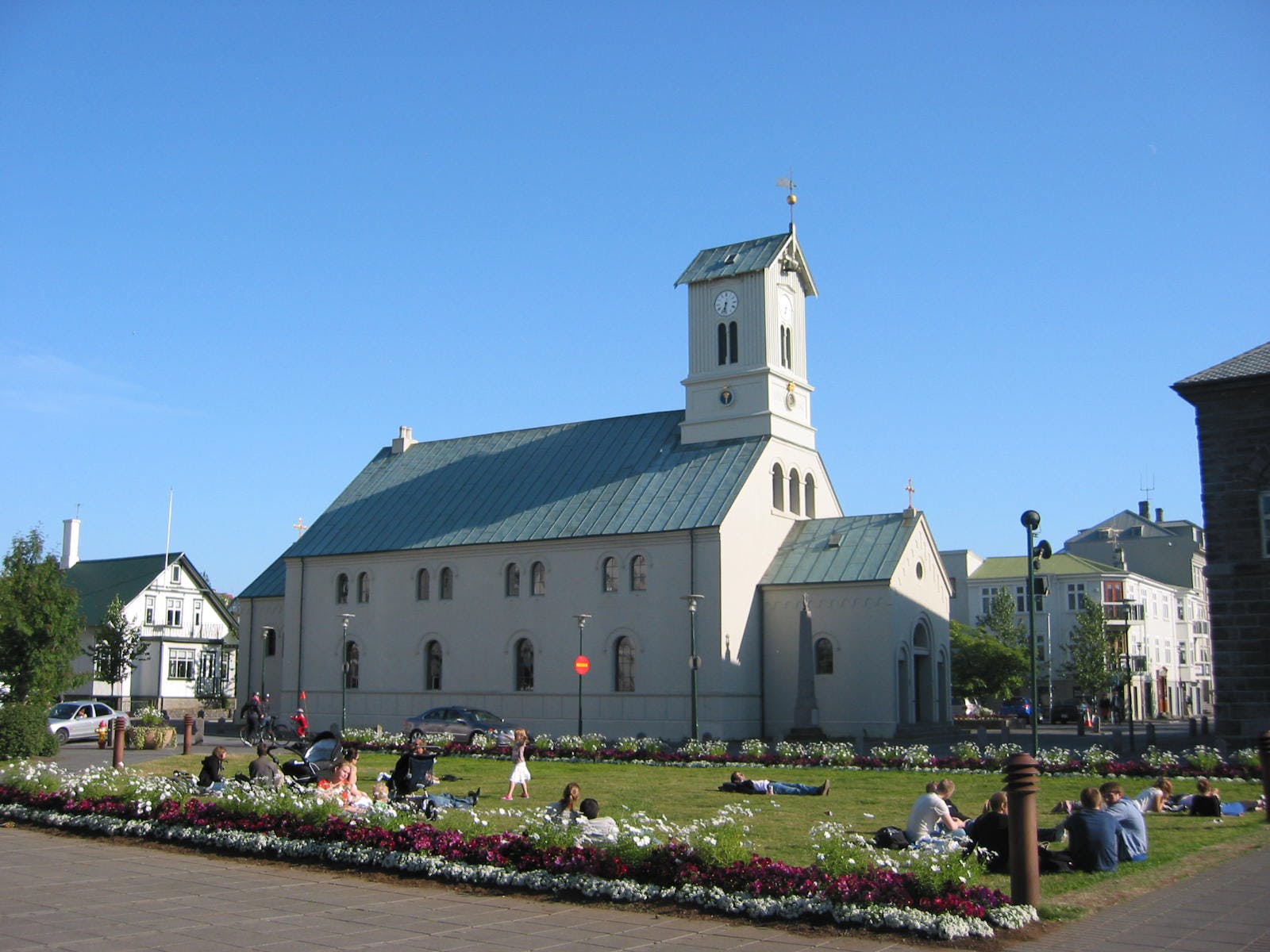 Depending on your departure time from Iceland, you might have time to go city sightseeing, visit the Blue Lagoon or just stroll around downtown Reykjavík to pick up a souvenir.

Remember that you need to be at the airport at least two hours before your flight. You can book your departure transfer, which is not included in this tour, at the hotel lobby.

Please note that arrival and departure transfers are not included.

The tour starts on the morning of day 2 at 9:00 when you will be picked up in Reykjavík.