Journey around the country and visit the many locations in Iceland that have featured in the HBO television series, Game of Thrones. Follow the Ring Road and visit the many places around Iceland featured 'North of Westeros', otherwise known as "Beyond the Wall".

Fans of the show can not let this fantastic opportunity pass them by!

Iceland was used to depict most of the scenes happening north of the Seven Kingdoms of Westeros, in the wildest and northern part of the GoT world.

The vast lands beyond the wall (built to withstand the terrors of the Night King and his cruel Army of the Dead) found their topographical and geographical materialisation in Iceland and just like the cast of GoT; you will experience the unique and mysterious land of Fire and Ice with its glaciers, waterfalls, lava fields, glacier lagoon, volcanoes and fjords.

Among the places you'll visit are Þingvellir National Park where the Bloody Gate was shot, the Wildlings territories and the land North of the Wall at Lake Mývatn, the Glacier area in the east and south-east of Iceland where Jon Snow trekked hiding from the White Walkers. You will also have the opportunity to check out Reynisfjara beach, known to GOT fans as Eastwatch-by-the-Sea.

Hurry now and book your fantastical journey around the land of Fire and Ice. Check availability by choosing a date. 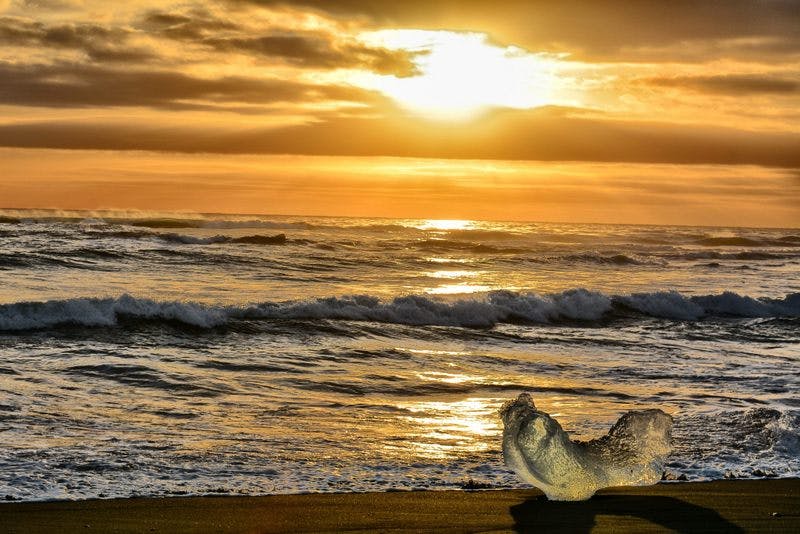 On your first day in this land of ice and fire, you'll land at Keflavík International Airport, located in the black and barren lava field of the Reykjanes Peninsula.

You'll receive a voucher for a Flybus shuttle bus that will take you through this lunar-like landscapes to your accommodations in the city of Reykjavík where you will spend your first night in Iceland.

This evening, you are free to enjoy the many cultural delights to be found in Iceland's capital, be it partaking in the city's vibrant nightlife or taking a short and leisurely stroll around its exciting and iconic landmarks. The choice is entirely up to you! 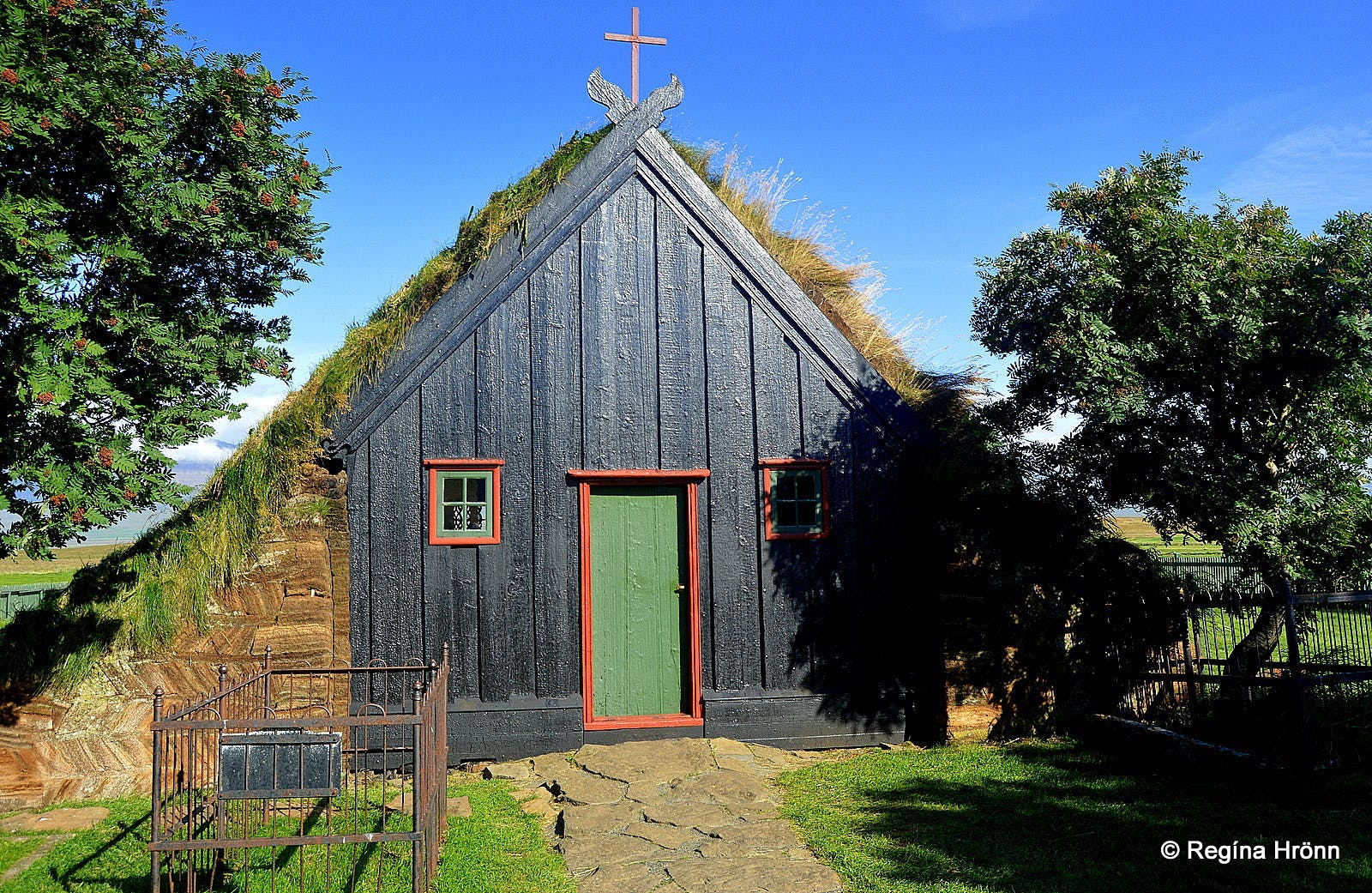 The Way North of Westeros

Early in the morning, you'll meet your tour guides who will take you west along the scenic Hvalfjörður fjord towards the town of Borgarnes, where many of the Viking Sagas took place.

You'll stop at the volcano crater Grábrók, located in the middle of a greenish lava field. There, you'll go on an easy hike up the mountain for some incredible views of your surroundings.

In the afternoon, you'll visit a natural history and seal museum, located in the small fishing village of Hvammstangi, where you'll learn everything about these adorable creatures, from their physical characteristics to the impact of tourism on seal behavior.

Further north, you'll stop at the turf church of Víðimýri which inspired the rural architecture in the north of Westeros. This is a great place to stop and snap a few photos of this historic building before you continue your journey of the scenic fjord-landscape of the North.

The last stop today is the town of Akureyri where you'll spend the night. In the evening, you can walk around the town and discover its many charms. 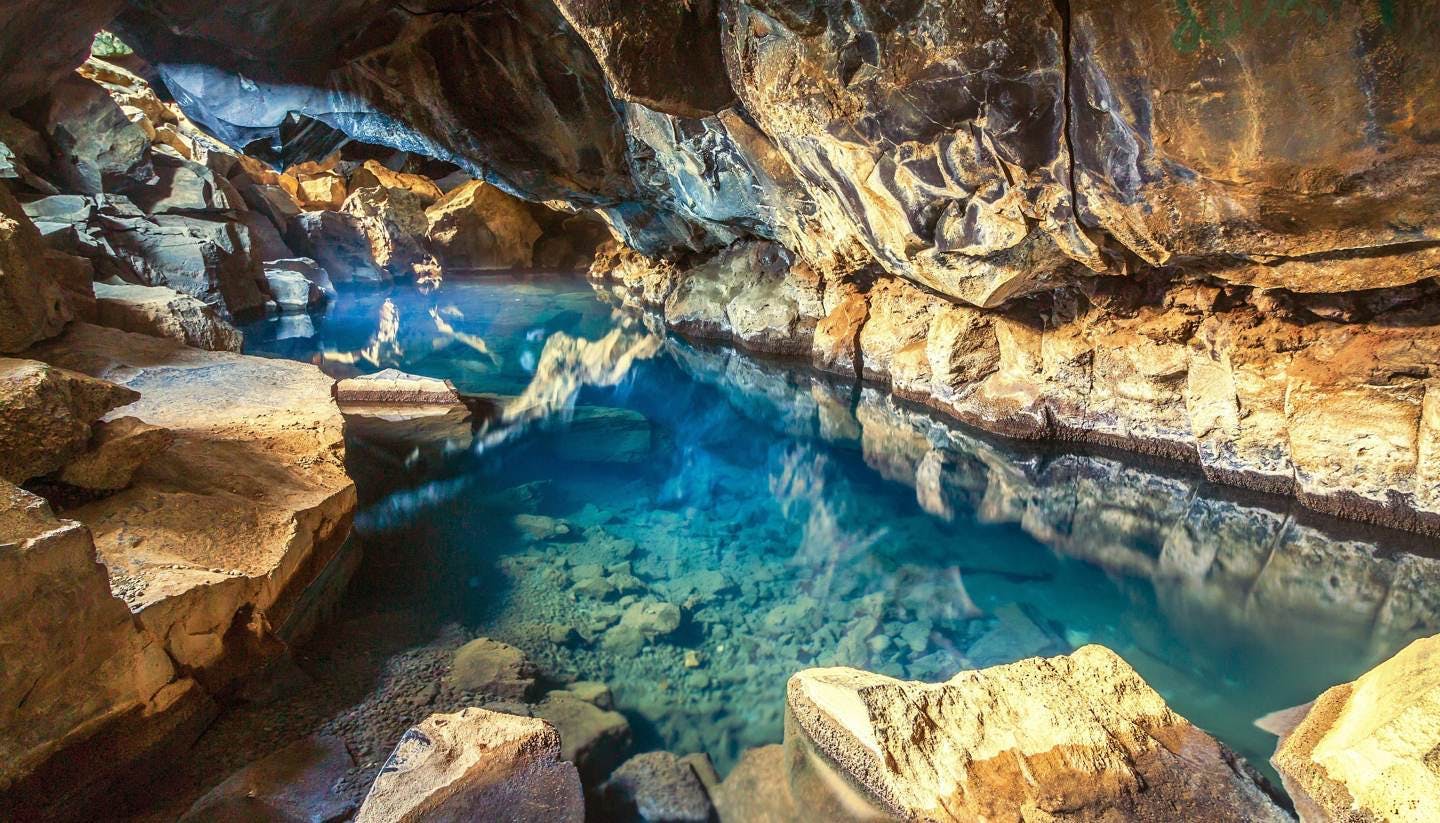 In the morning, you'll explore the town of Akureyri where you'll visit the botanical gardens and walk the streets, admiring the incredible panoramic views over Eyjafjörður fjord.

In the afternoon you'll travel to Goðafoss, also known as 'The Waterfalls of the Gods'. Your friendly tour guide will tell you about the fall's historical connection as you marvel over its beauty.

Then you'll explore the Lake Mývatn area used, which is used to film all locations North of the Wall. The first stop is Grjótagjá, the cave that becomes Jon Snow and Ygritte’s love nest. Then you'll see the lava formations at Kálfaströnd area, the pseudo craters Skútustaðir, and the tephra cone, Hverfjall mountain.

You'll end the afternoon relaxing in the Mývatn Nature Baths where you'll get an amazing view of the whole area.

Your overnight location will be either in the Mývatn area or near the town of Húsavík. 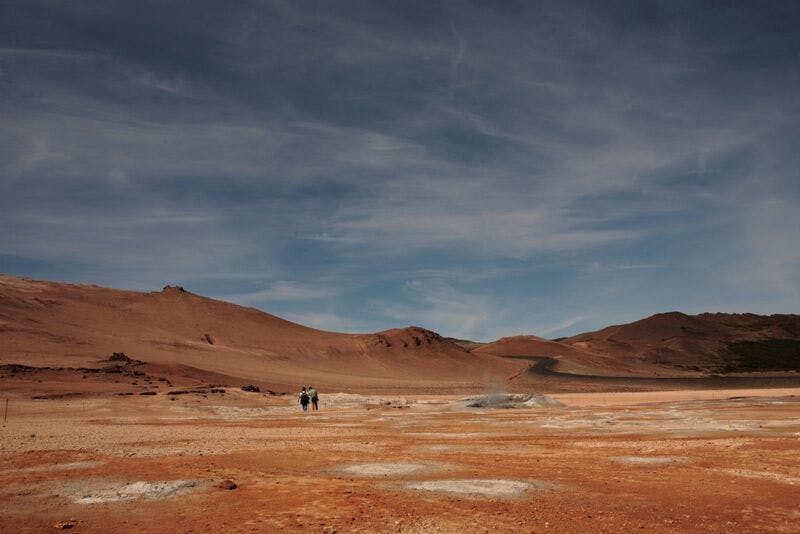 In the morning, you'll head out to discover the otherworldly lava fields of Dimmuborgir, where Mance Rayder sets up his wildling camp in Season Three. Dimmuborgir was also the filming locations of the corner of the “Haunted Forest” where Samwell Tarly and Lord Commander Mormont were attacked by white walkers.

In the afternoon, you'll visit the hot spring area of Námaskarð where you'll see bubbling mud pools and steaming solfataras. This location was also used in the series, as it depicted the Sulphur Springs.

Before heading through the uninhabited highlands and moon-like surrounding to East Iceland, you'll take a little detour to the powerful waterfall Dettifoss. 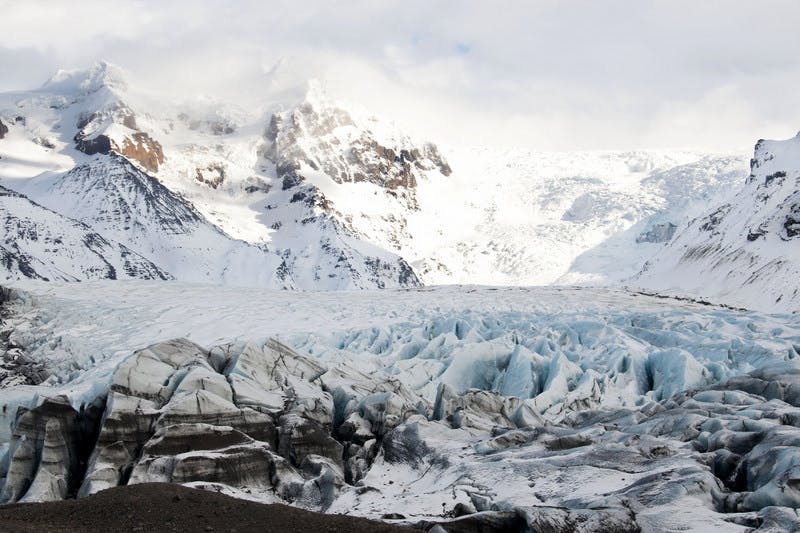 Today you'll travel the twisty roads of the Eastfjords with the magnificent glacier of Vatnajökull towering over you the entire journey.

This area appears in Season Two and shows the frozen land located north of the Wall. The producers made do with artificial snow in Season One, but ventured to Iceland for scenes beyond the Wall after that, with the Svínafellsjökull glacier near Skaftafell Nature Reserve featuring prominently.

As the pack head north to find the White Walkers, they trek through a lot of ice and snow, even hiking a glacier, which is not something we would recommend unless you’re an experienced mountaineer or... of course... Jon Snow. 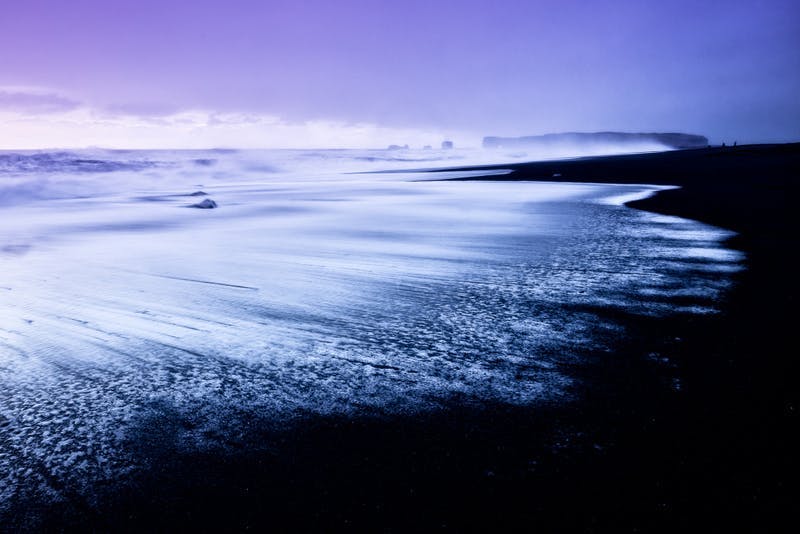 The Wall at the Eastwatch-by-the-sea

Today you'll return to Westeros by crossing Eldhraun lava field and the sandy desert of the South Coast, overlooked by craggy cliffs, glaciers and waterfalls.

On this busy day, your guide will tell you about the symbolic significance of the setting in context to the plot as you'll stroll along the black lava beach of Reynisfjara near the village of Vík.

The areas surrounding Vík have been the location of various scenes in Game of Thrones; the Höfðabrekkuheiði hiking area appears as the frozen wastes of northern Westeros, Reynisfjara black sand beach is yet another Season Seven location where it serves as the sea by The Wall at the Eastwatch-by-the-sea, and the Mýrdalsjökull glacier becomes the Fist of the First Men.

In the afternoon, you'll arrive in the small village of Skógar near the spectacular Skógafoss waterfall. A short drive away is the equally beautiful Seljalandsfoss waterfall. 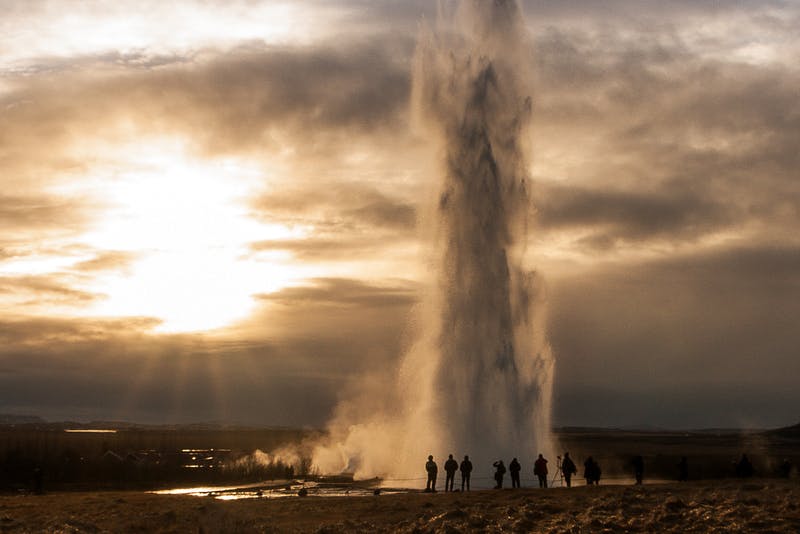 The North of Westeros

You'll start at the waterfall Gullfoss, which plummets 32-meters into an ancient canyon, before you move on to the geothermal area of Geysir to see the hot spring, Strokkur, erupt high in the air every few minutes.

The last stop on the trail is Þingvellir National Park, a UNESCO World Heritage site and where many scenes from Series Four were shot such as The Bloody Gate, Wildlings roaming South of the Wall and the meeting of Thenns and Wildlings. It is also where the character, Styr, is introduced.

The Almannagjá gorge, found in the national park, is also the narrow road to the stronghold of the Vale of Arryn.

In the late afternoon, you'll return to your accommodation in Reykjavík city. 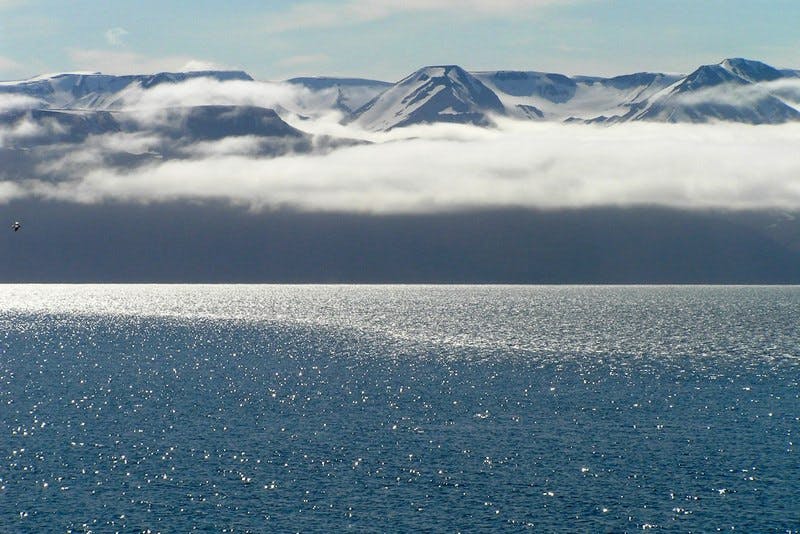 It's your final day in Iceland, and in Westeros, the culmination of a lifetime's worth of adventure!

You'll receive a voucher for a Flybus shuttle bus that will take you through the blackened lava fields of the Reykjanes Peninsula to the Keflavík International Airport so you can catch your departing flight.

DAILY DRIVING: Total mileage without airport transfer is 1.665 km (1.032 miles), which is an average of 278 km (172 miles) per day. You spend about 4 hours per day on the bus, depending on road conditions, traffic, and daily distances. On some days the driving might be longer than on some other days.