Why you should make seeing a glacier a priority on your traveling bucklist!

I don´t want to sound too dramatic, but it is a reality. The glaciers are melting because of the warming of the earth. Now might be a good time to go see the glaciers!! Each and every individual has its special need to see a glacier and Fjallhalla does offer different trips depending on your urge-how you would like to experience that spectacular phenomenon of ICE. You could do a glacierhike on one of our glaciers, Snæfellsjökull, Eyjafjallajökull, Tindfjallajökull or Hvannadalshnjúkur which in fact is our highest peak(2119m). I highly recommend doing a hike with Summit guides in Snæfellsjökull national park. How about a hike to OK-ið, which is the first glacier to go in Iceland? 56 smaller glaciers in the north of Iceland has melted but they were 300 in 2014. 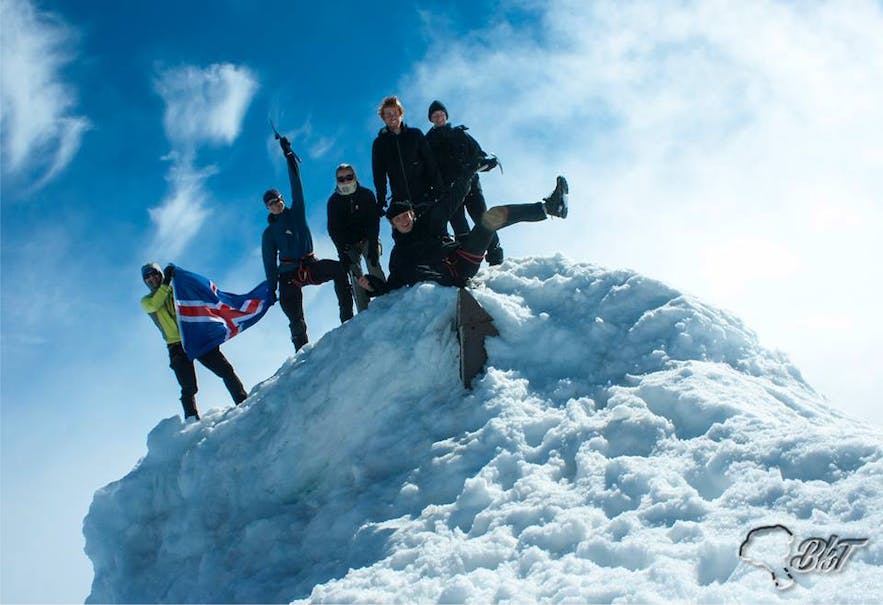 How in the future will climate change come to effect the Icelandic environment? How does climate change pose a threat to Icelandic habitat and animal species, and how can one aim to be a sustainable visitor whilst travelling here? Read on to find out more about the threat of global warming in Iceland.

For decades, environmental scientists have warned of the negative consequences a radically shifting climate will have on human populations, thrusting the earth into blistering summers and unshakeable winters. With rising sea levels, increased storm activity and harrowing droughts affecting vast swathes of the globe, it is clear the starting time for action has already passed us by.

Whilst there is still a minority who question the legitimacy of climate data, the need to reconnect and respect the natural world has, quite rightfully, become an omnipresent issue in society. It is, after all, a conversation that determines the longevity of our species. This dialogue has become particularly evident, even second-nature, in countries that experience these environmental changes firsthand.

Iceland, nestled on the Arctic Circle, is already known as a seasonal oddity. A warm gulf stream means long snowy winters are balanced with 23-hour days beneath the glowing Midnight Sun, creating a radical weather shift that appeals to summer and winter travellers alike.

As the years proceed, Icelanders expect this contrast to become even starker, creating fear that seasonal changes will affect such aspects of life as fishing stock, soil fertility and the operation of hydropower plants, not to mention the irreversible damage to the landscape. Rubbing salt into the wound somewhat, Iceland’s capital, Reykjavik, experienced its highest temperature ever in July 2019. For those of us who are living here, this rising trend seems to indicate clearly what’s coming.

Iceland has something of a reputation as an environmentalist’s paradise, touting its renewable geothermal and hydroelectric energy, national parks and reforestation efforts. However, the truth is somewhat different, with evidence pointing towards Icelanders being, in some cases even more wasteful than their mainland European counterparts.

Current Prime Minister, Katrín Jakobsdóttir, has publicly stated: “If everybody lived like Icelanders, we would need six planets, maybe more.” Her position is known to favour environmental policies, with her government setting aside $55 million, over five years, towards carbon-free transport projects and slashing carbon emissions.

Many at home claim this might not be enough, pointing out that 1⁄3 of Iceland’s carbon dioxide comes directly from the aluminium and ferro silicon industries in Iceland.

According to a June 2019 survey by Iceland’s national broadcaster RÚV, 70% of Icelanders are concerned with global warming, and it should be noted that most of the major political parties agree on the continued necessity of protective environmental legislation. The New York Times made clear that “businesses and government are spending millions for survival and profit.”

A disparity in glacier size is where visitors can see the warming climate most visibly. There are roughly 256 glaciers of varying proportion across the island, covering approximately 11% of the landmass. Climate scientists have long warned that the country’s glaciers could all disappear in less than 200 years, an environmental tragedy that would have profound consequences for the economy, people and land.

As a recent and much-publicised example, take Okjökull or “Ok”, a former ice cap in Iceland’s west that lost its glacier status due to diminishing mass. This loss of position was declared five years ago by geologist Oddur Sigurðsson, marking the first time this phenomenon has happened in Iceland.

This is nothing short of Okjökull melting out of existence; 3,000 km down to a mere crater lake. Local activists held a ‘funeral’ on location in a bid to draw the world’s attention to the graphic ad lingering scars to Iceland’s nature, to the treasures already lost to this most forbidding environmental disaster. There calls for changes are not without foundation; 56 smaller glaciers have disappeared since Ok’s formal loss of status.

And if, even still, one considers the evidence lacking, look no further than Greenland in August 2019 (a mere month before this article.) 12.5 billion tons of ice was lost on a single day; given that this enormous landmass contains enough ice to raise sea levels by 7.5 meters, every single person on earth should be concerned.

When travelling in Iceland, there are a few things that you can do to personally help combat the looming consequences of climate change. The first is to respect the environment, making sure not to litter, set fires, camp in illegal spots or walk on unmarked trails. Second, avoid unnecessary plastic waste by buying fresh fruit, vegetables and meat from the supermarket, and at all costs strive to avoid purchasing bottled water.

Finally, be sure to visit Iceland’s staggering ice caps firsthand, as it is the only true way of garnering any understanding as to the monolithic grandeur and ethereal beauty at stake. Boat tours on glacier lagoons is a particularly exhilarating way of seeing glaciers and icebergs up close, allowing you to fully grasp the magnificence of such natural sculptures.

Sat atop a magma plume in the North Atlantic Ocean, Iceland is often marketed by the nickname, “The Land of Ice and Fire”. If we want this sentiment to remain true in the years to come, the responsibility falls upon us all to ensure we are educated to the facts of global warming and remain open to changing our values to protect our habitats from further damage. Remember the creed; “One does not visit nature. Nature is home.”

If we are vigilant to this perspective, then we as a species have a chance at creating a more sustainable future, not just here in Iceland, but for all the people, plants and animals that live across this spinning blue planet.