Iceland on a Budget

Everyone said it was impossible; even for a crazy hitchhiker like me, having a budget that just barely hovered above zero was not going to cut it for a week in Iceland. This was a land where the expensive (and delectable) food beckoned, where even hostels cost upwards of $40 a night (and that’s if you have your own linens and don’t mind being out of the city!), and a bus costs the earth. How did I expect to get around the magnificent land of Iceland with next to no funds? This wasn't going to be an easy task at all.

Or so I thought.

My first trick is hitchhiking (and always will be for anywhere I go). The thing is however that hitchhiking is not the same around the world; where in the United States I may wait hours between rides, as the frightened drivers cruise past me positive that I’m out there to murder them, many countries welcome hitchhikers. Gleefully, Iceland is one such place. Both locals and travelers alike were keen to give me a lift, whether down the road to the next unsayable town (or rather, butchered by my English speaking self) or on a wild tour, everyone was willing to let the cold (and often wet) hitchhikers on into the car.

The benefits of hitchhiking are more than simply saving money however; one man who picked my friend and I up told us of all the famous Icelandic bands he knew. It’s a small country, after all. “I’ve seen Bjork at the gas station I picked you guys up from many times,” was just one of the oh-so-casual statements he uttered.

Then there were the tourists; people like us who had the funds to splurge on a rental car, but were all too happy to have two new companions join in on the fun. “We’re heading to Geysir, then to a waterfall, then back up this road – you’re welcome to join for as much or as little as you’d like!”

The large ring road that encircles Iceland is great for hitchhiking, but the smaller offshoot roads are a bit more difficult on account of having very few – if any – vehicles. Try to get a lift with someone going to see the sights on these little roads, or you may be stuck for much longer than hoped. Still, all you need is one car in such an open and friendly country, and you’re on your way again! 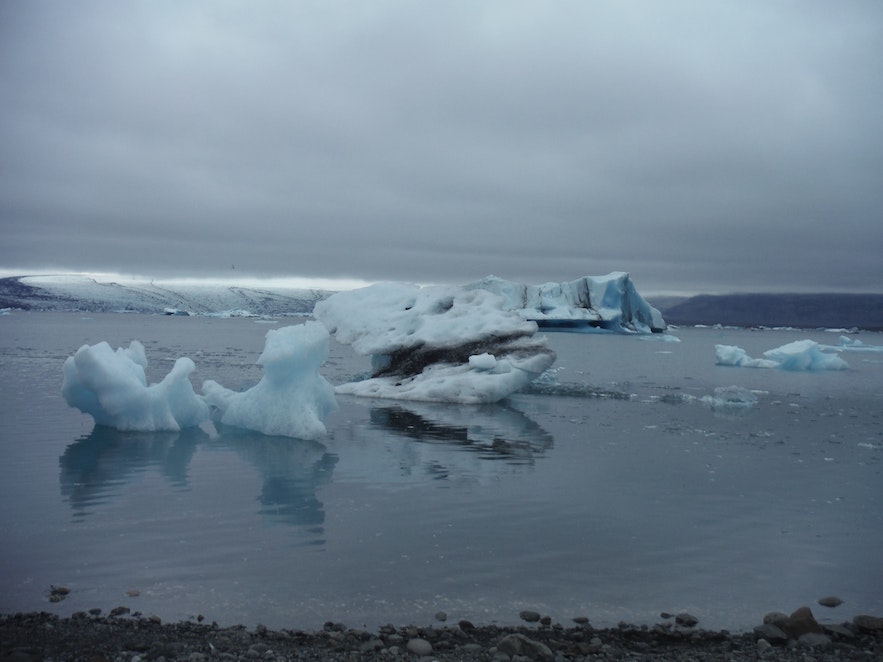 Okay, I will pre-empt this by saying one thing: Iceland has some truly unique delicacies to try, and I highly recommend stashing away some “emergency delicious food” money. While purchasing meals from the grocery store will save you huge amounts of cash, you will miss out on some tasty treats you won’t try anywhere else on earth.

That being said, you can eat great meals just by hunting them down at the local supermarket, which you’ll find in most towns. I often chowed down on mixtures of beans and chickpeas, homemade sandwiches, fruits and veggies – whatever the store had to offer! I generally stayed away from anything that could go bad quickly, but sometimes you can make it work. Craving cheese? Get a group of friends together (and there are always friends to be made!) for a picnic so that your food doesn’t go bad. Share with friends you meet hitchhiking. There’s always something to chow down on without breaking the bank.

…but don’t forget to break that bank once or twice, just to try some odd and wonderful meals!

One of my favorite things about Iceland is that wild camping is possible, in certain cases. There are a few limitations, such as being a certain distance from a city or town, no camping on private land, no camping in National Parks and if you're in a campervan or a trailer then you have to camp at a campsite. And obviously you should 'do your business' in a restroom before you set up camp, and leave early before you need to go again as to not leave any trace in the wild and unspoiled nature.

However generally with a little thinking there’s always somewhere to camp. Some days you might be high on a mountain, next to a stream, overlooking glorious views, while others you may find yourself downright on the side of a highway, your tent chilling out and probably looking most odd to passersby.

It doesn’t matter, though. No one will mess with you in Iceland, so while you may not find the perfect spot every time, you’re sure to find a place to rest that weary head after a full day of exploring. 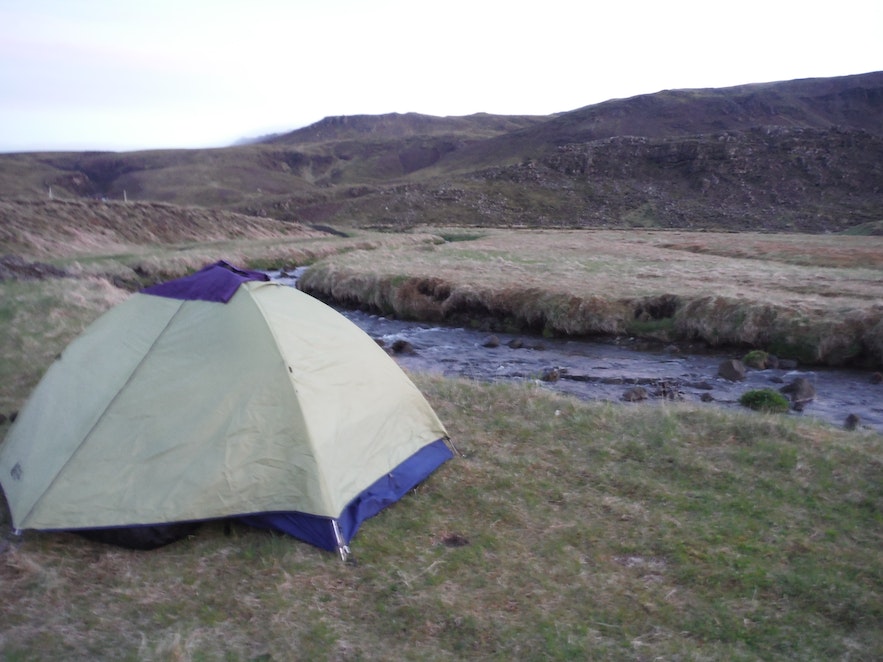 So whatever your travel style, you can make it work on the cheap in Iceland.

Have more funds than I did?

Save them by hitchhiking, shopping at the grocery store, and camping, so that you have more money for crazy weird things like the Penis Museum (and where else on earth are you going to find that?!) So hit the road, and find out what Iceland really has to offer – with or without a wad of cash at your side!