This travel-blog is a part of my travel-blog series about the sights, which I stopped by, by road 61 in the northern part of the Westfjords of Iceland.

We are now coming from Ísafjörður town in Skutulsfjörður fjord, where I stayed for the night and will next be visiting Hnífsdalur village which is only 4 km away from Ísafjörður on the outskirts of the same fjord.

One of the largest fishing companies in the Westfjords is located in Hnífsdalur, Hraðfrystihúsið Gunnvör. 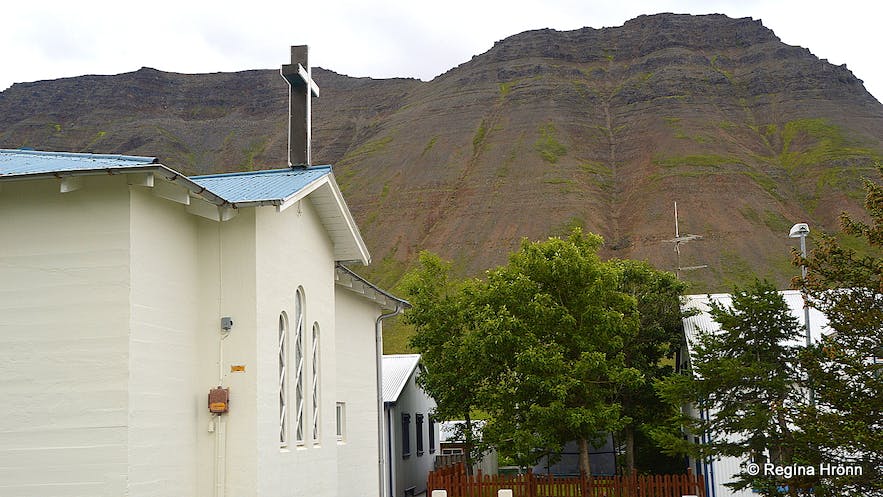 As always, we looked for the church in the village, as we always do when visiting the villages around my country. In Hnífsdalur you will find the chapel Hnífsdalskapella, consecrated in 1955, but it was closed so we couldn't have a look inside it.

The Hnífsdalur avalanche on the 18th of February 1910

Hnífsdalur village in the Westfjords of Iceland

Hnífsdalur village is nestled between Mt. Búðarhyrna and Mt. Bakkahyrna. In Hnífsdalur my great-grandfather, Guðmundur Guðmundsson, got caught in the biggest avalanche that we know of in Hnífsdalur, on the 18th of February 1910.

The avalanche came rushing down like a speeding bullet from Mt. Búðarhyrna. 20 inhabitants of Hnífsdalur village got killed and many were wounded and lost their homes :(

Two inhabited fisherman's huts got swept away with all the families living in them. Many of them got killed, but some of them got saved when the flood pushed them into the sea. Others didn't and the bodies got returned by the sea. What a dreadful day this must have been :(

Two bodies were never found. 18 people were buried in the same grave in the cemetery. What a horrible tragedy and a terrible loss for Hnífsdalur :(

The fisherman's hut in which my great-grandfather, Guðmundur, stayed got filled with snow right up to the ceiling. In my great-grandfather's memoirs, he wrote that the hut shook a great deal, but didn't tip over and fall into the sea. The avalanche fell when they were getting dressed at 8:45 in the morning. 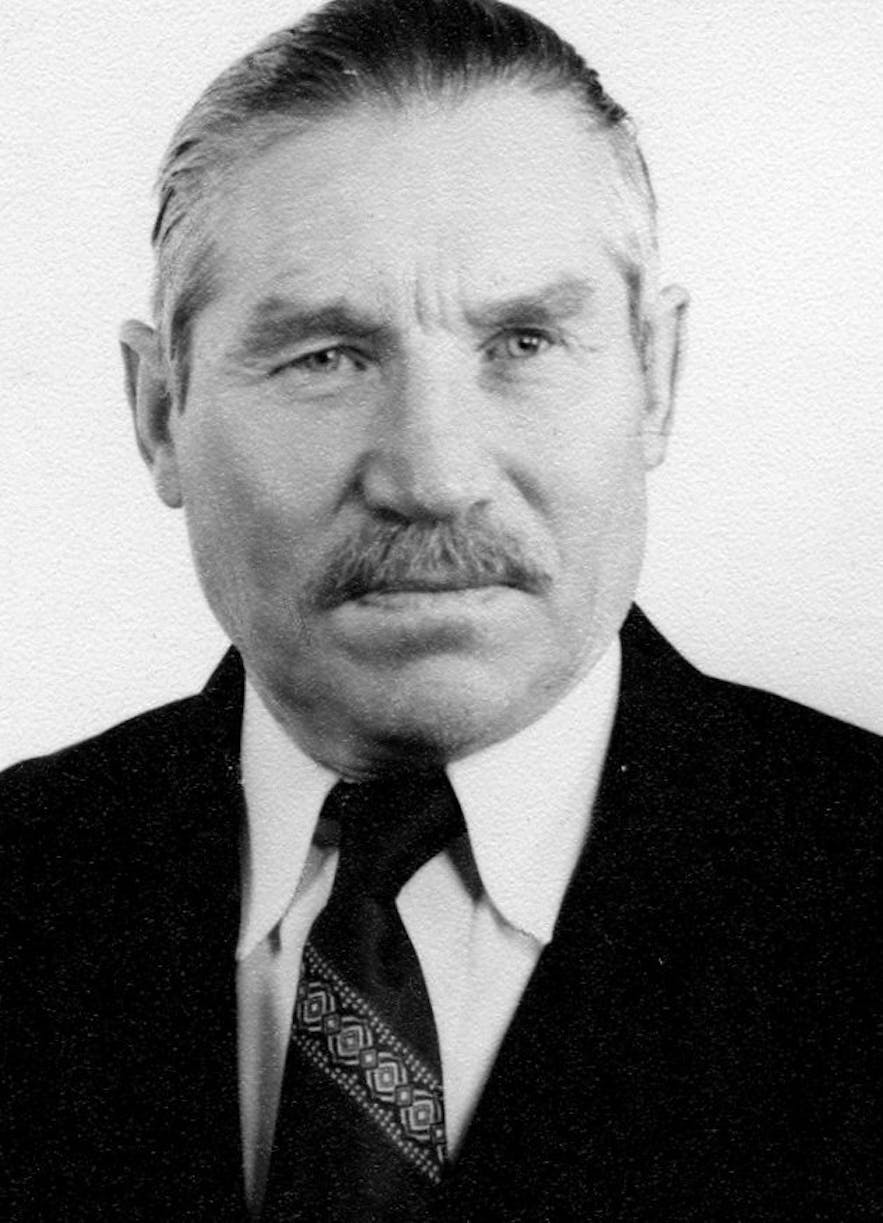 My great-grandfather Guðmundur Guðmundsson (1889), who survived the big avalanche in 1910 in Hnífsdalur

My great-grandfather and the other fishermen staying in that fisherman's hut right by the sea, managed to crawl out and were saved from the avalanche.

The avalanche was still moving when they came out and pushed them back with every step they took. So they had to crawl up to Búðarbærinn farm which was located by the roots of Mt. Búðarhyrna.

Parts of Búðarbærinn, the farm of Hálfdán, disappeared in the avalanche. Hálfdán, who was walking in the farm-passage at the time of the avalanche, got saved. When he looked back from the farm-passage big parts of his farm were gone and only the passage was standing. His storehouse, filled with necessities, was also gone.

The farm's bedroom got swept away, but the pantry, kitchen, and living room beneath it stood intact.

But where were all the people? My great-grandfather and the other fishermen managed to save one man from the ruins, an old man named Halldór. The man was alive, but could barely breathe, as the roof was lying on top of his bed.

The fishermen managed to pull the mattress and the bed linen from beneath him and then pull him out by his legs. They wrapped him into his bed cover and got him into safety. 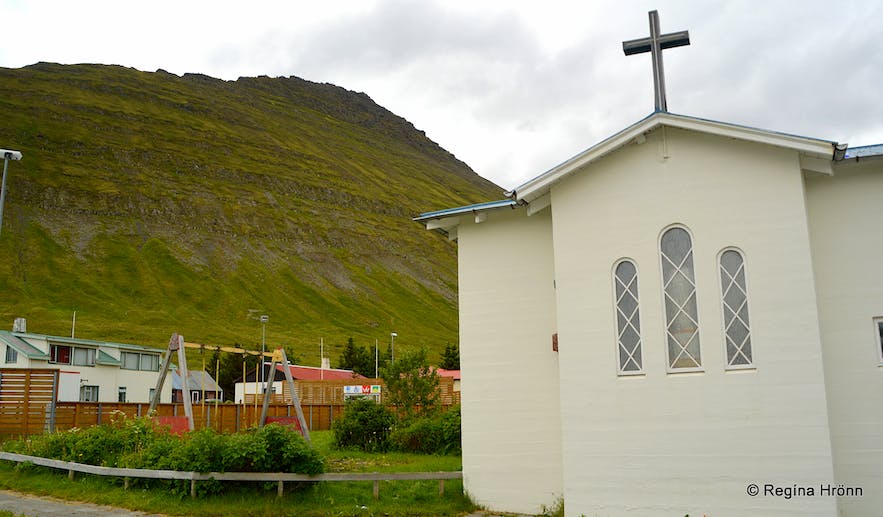 Hnífsdalur village and the chapel

And Ingibjörg, Hálfdán's wife, who had been in the bedroom of the farm, was found helpless and half-dressed in the avalanche. One of the fishermen ran to their hut to find a blanket for her and they carried her into safety in their hut.

Ingibjört was not severely wounded and a boy named Halldór, who was sleeping close to her and got swept away, also survived. Two of Hálfdán's and Ingibjörg's foster-children died in the avalanche and a child who was staying with them at the farm.

Then the fishermen attended to the cows in the cowshed and got them into safety in the stable and let the horses out. 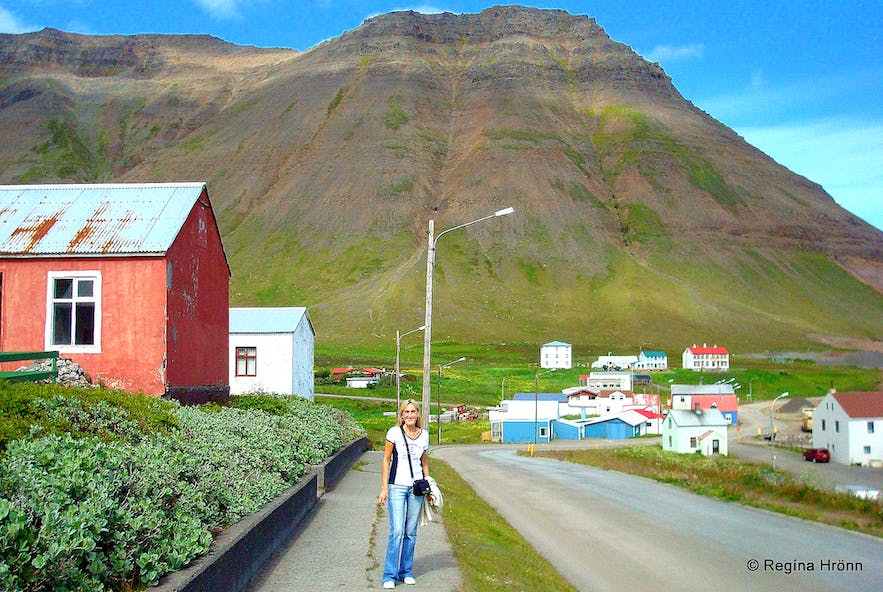 Visiting Hnífsdalur in 2010 when we had a family reunion in the Westfjords - Mt. Búðarhyrna in the background

People from Ísafjörður had come walking to Hnífsdalur to help out so my great-grandfather and the other fishermen started saving the necessities which had been inside the storehouse.

Bags of sugar, coffee, and food were torn apart and scattered around in the avalanche by Búðarbær farm. The fishermen spent the rest of the day and the next day saving what could be saved.

(I translated this part of my great-grandfather's memoirs into English to show to you what dangers the inhabitants of the Westfjords face.) 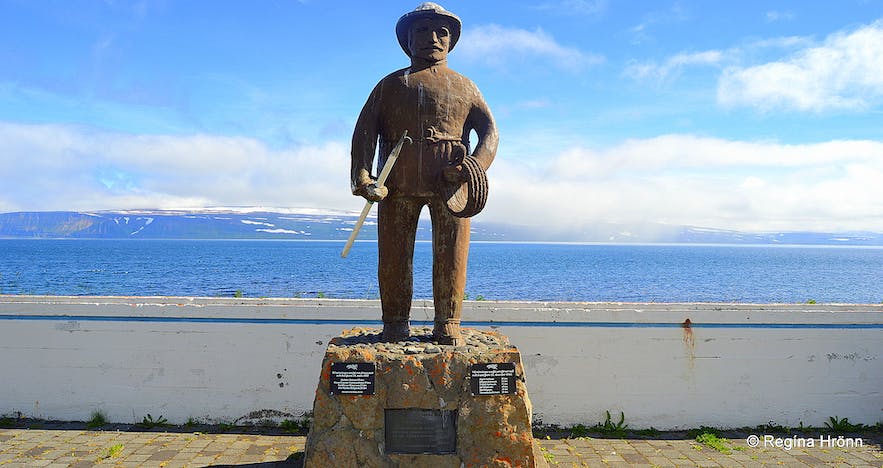 The memorial for drowned fishermen in Hnífsdalur

As in all towns and villages in Iceland by the sea, you will find a memorial for drowned fishermen. The memorial in Hnífsdalur is in the cemetery on the right-hand side of the road 61 when coming from Ísafjörður town.

As I have told you before in my travel-blogs then I look at these memorials as the heart of the Icelandic villages and always visit them to pay my respect.

The memorial was erected in 1974 and on it is written: "Í heiminum hafið þér þrenging, en verið hughraustir, ég hef sigrað heiminn. Jóh. 16.33"  -  "In this world, you will have trouble. But take heart! I have overcome the world. John 16.33” 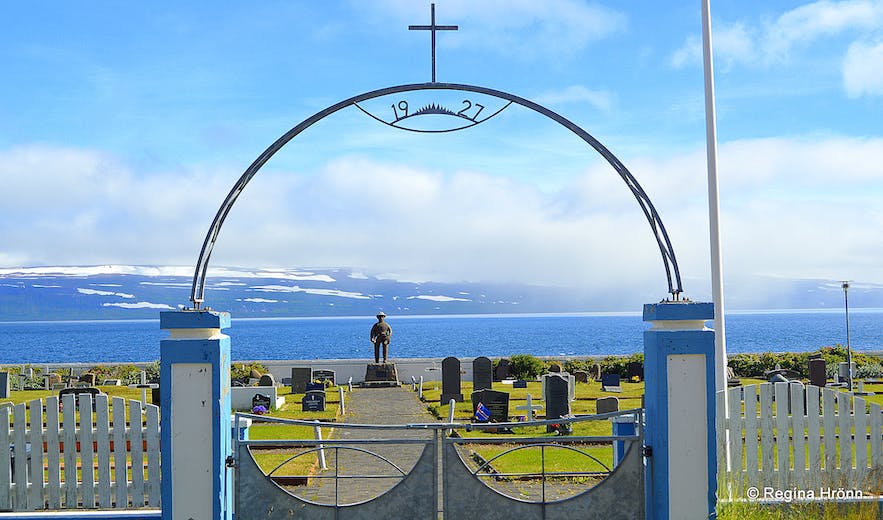 The Hnífsdalur cemetery and the memorial for drowned fishermen

You will see individual plaques on the memorial for the 4 men who perished at sea on m/b Páll on the 28th of March 1933.

So you see that the sea and avalanches in Hnífsdalur have taken their tolls on the inhabitants of the Westfjords of Iceland. 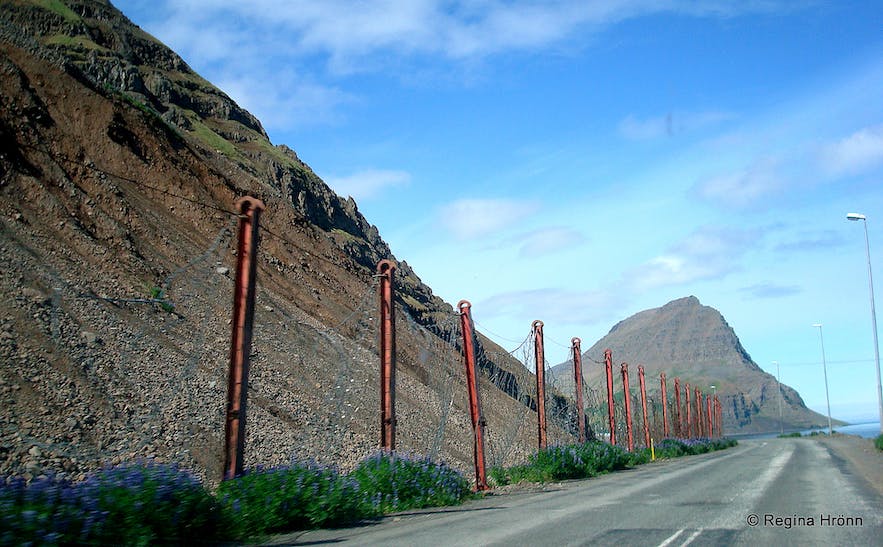 The opening to a 5.6 km tunnel is right by Hnífsdalur village. It takes you from Hnífsdalur to Bolungarvík village.

Before the tunnel was opened in September 2010, we drove on the side of the mountain Óshlíð, the Óshlíðarvegur road, with a high risk of falling rocks. I was not at ease driving there, I can tell you. That road, which was opened in 1950, is now closed for cars.

Next, we will be driving to the end of road 61, Djúpvegur, to Bolungarvík village, and to the top of Mt. Bolafjall via road 630: Visiting Bolungarvík Village in the Westfjords of Iceland - the End of Road 61 Djúpvegur

The travel-blogs I have written in chronological order about the northern part of the Westfjords are:

Have a lovely time in the Westfjords of Iceland :)