For my November 2018 trip, I decided to go to lava cave, but there was a question which one to choose. It appeared there are plenty of them open for guided visiting and of course they all are different. If you struggle with the same problem, I recommend visiting at least two, just to compare. I'll tell you about my trips to Raufarhólshellir and Víðgelmir.

Raufarhólshellir is very close to Reykjavik, it takes just 1 hour to get there. Usually, the transfers to and from the cave are operated on a big bus without additional commentary during the ride, so this tour is better to take when you are already familiar with the area and won't feel disappointed by the silent driver. On the other hand, silence is golden when you drive through that landscape.

The Lava Tunnel at Raufarholshellir Cave | Departure From Reykjavik tour

On arrival, we were met by Lava Tunnel crew who provide guided tours every hour. Here you can take some coffee and gear up with helmet and chains for your boots. Those chains are very cool and practical for slippery surfaces. I think it’s also possible to buy them on the spot. A piece of advice: if you live in the city that turns into icy kingdom every now and then (hello, Moscow and St Petersburg!), buy those things there, as I couldn't find such kind somehow at the stores around Reykjavik, only crampons.

Off we go, down to the cave. It starts with some open areas and rocky paths, but nothing too difficult to get through. We stop every now and then to listen to the guide telling about lava formations and geology of the place. He moves forward just on time to keep us warm. It's a bit warmer inside though for the lack of wind.

There we found all kinds of colors possible and drippings of lava which you can get very close to. Beware: of course, taking rocks is forbidden, just enjoy how fantastic it looks and take an endless amount of photos. The lights are set very professionally inside and I didn't have to use the light on my helmet. It was very hard to focus on the lecture the guide was giving looking around and trying not to miss any unusual rock or piece of wall. 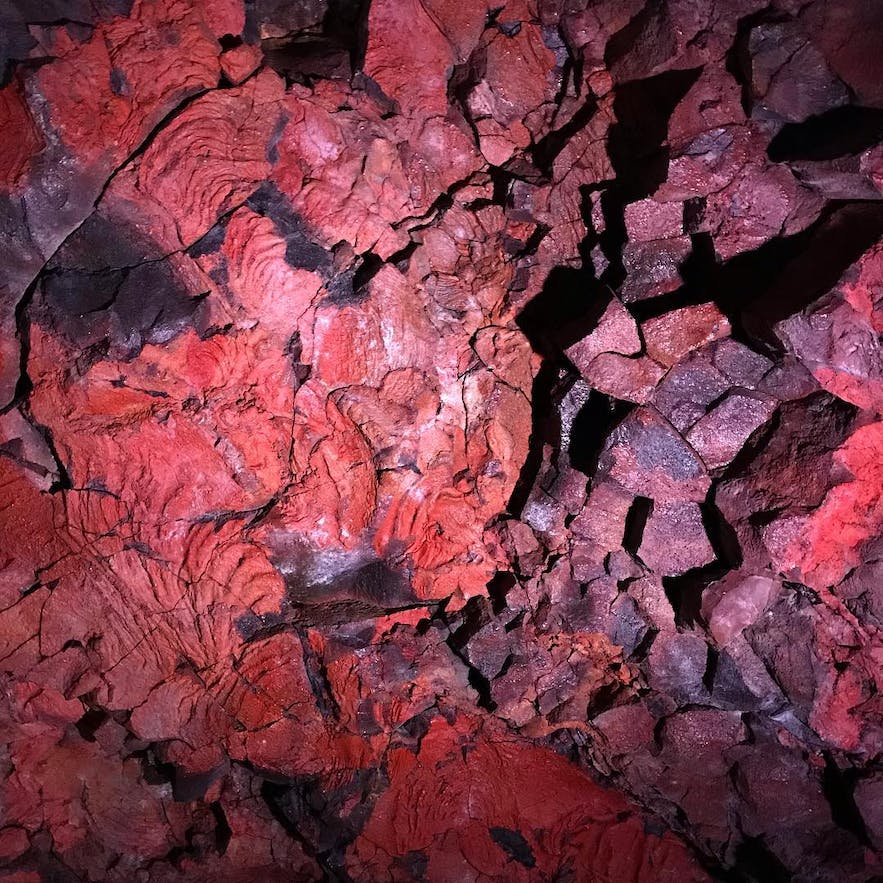 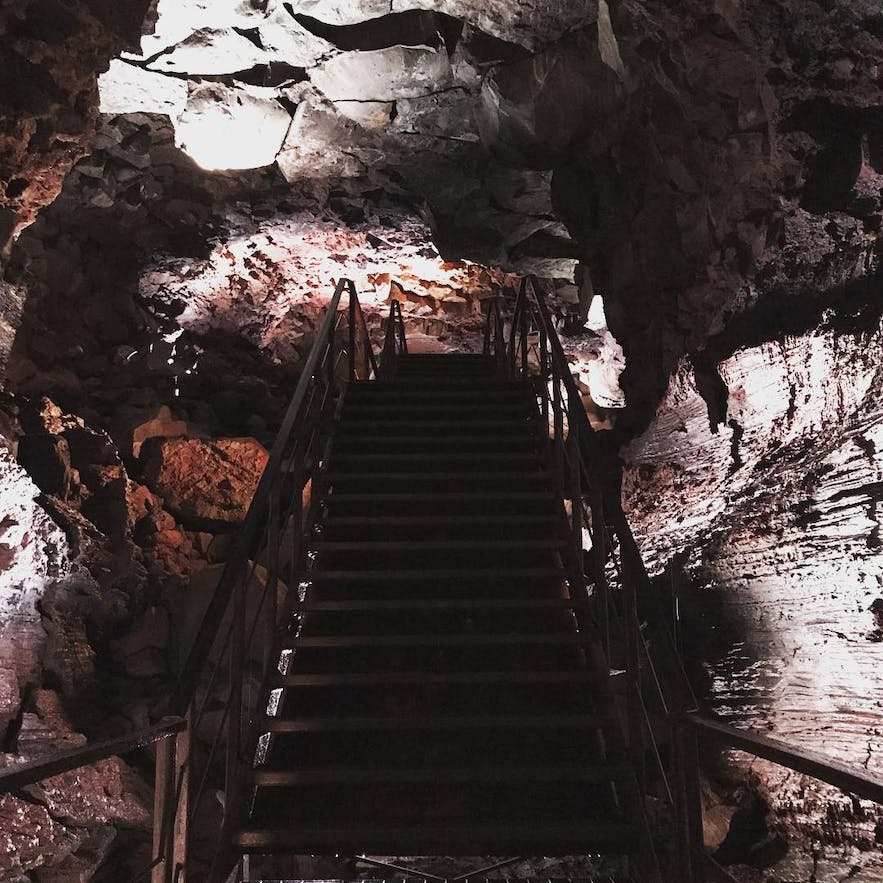 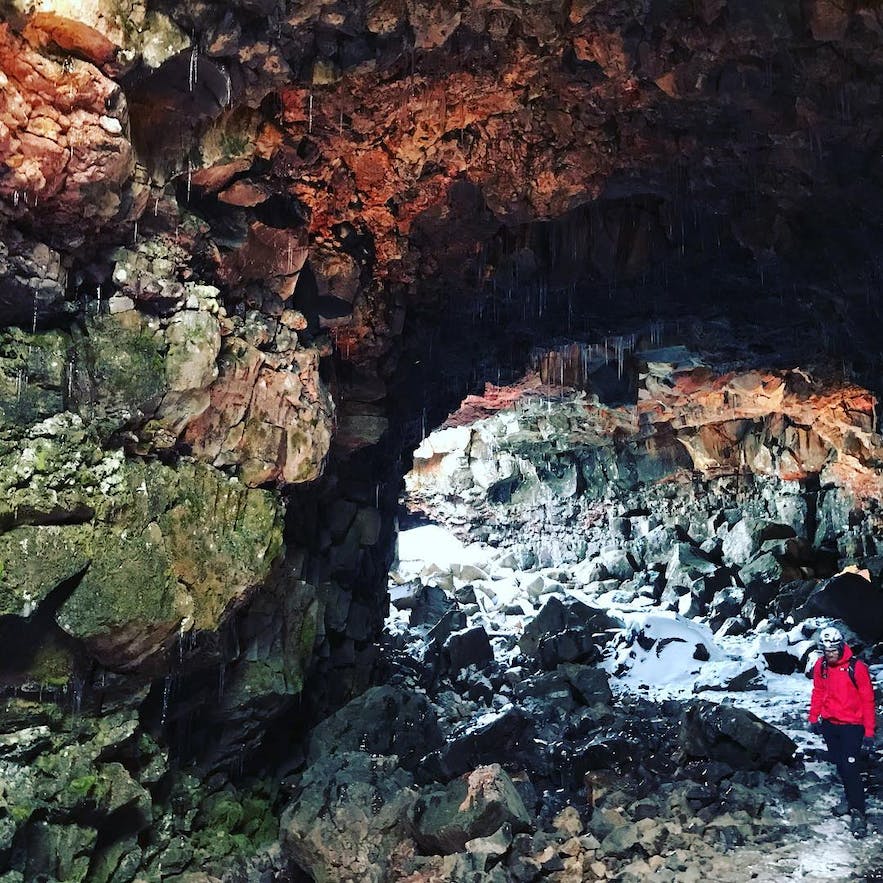 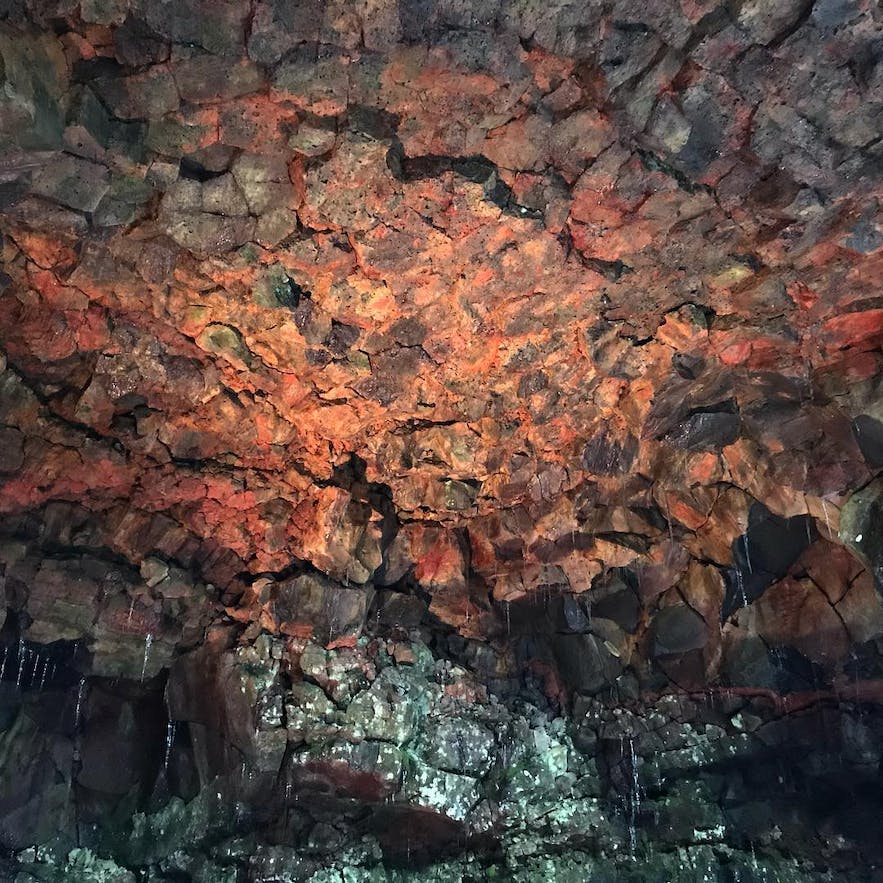 Most of the path is made of metal platforms and ladders. Still, you need to watch your steps as the big chunks of icicles looking like snails are frozen inside the grids and on the railing. 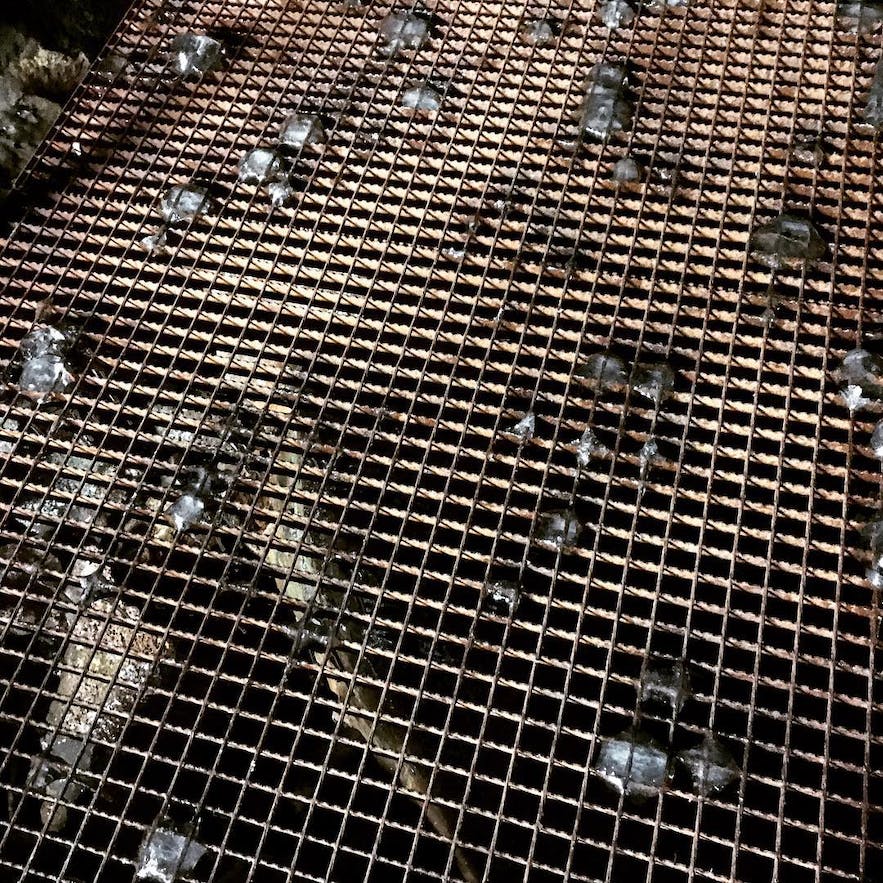 At some point on the large platform, the guide asked us to stay silent for couple minutes and turned off all lights. Better than seeing the lava cave was only not seeing the lava cave. Complete darkness (no difference between eyes open and closed) and the sound of water dripping. Made me cry, and rethink all my life... as pretentious as it sounds. 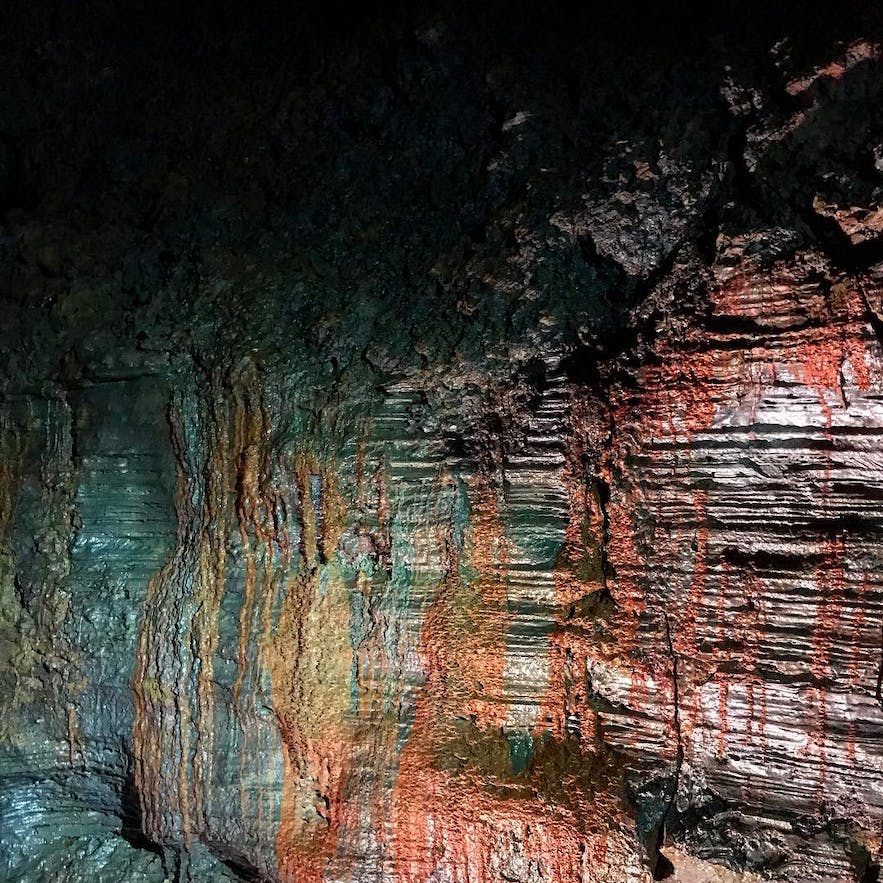 Finally, the guide politely and patiently took photos of everyone who wanted them. From that point, no metal path is installed, just raw rocks - for those who took "extreme" version of this tour. No extreme for us, so we turned back and went off to see the bright sunny field covered with snow. 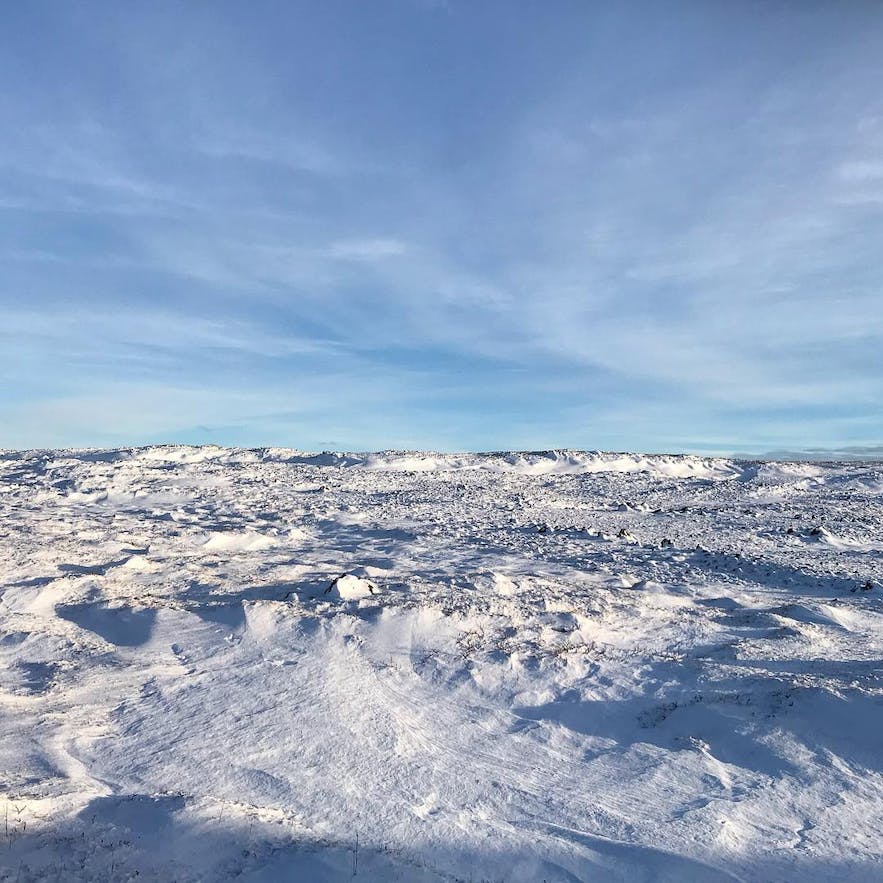 It is situated very close to Langjokull glacier and it's possible to go there just after Inside The Glacier tour. The driver told me he likes this cave more than "that manmade ice tunnel" :-) I guess any "manmade" things cause a little disdain around Icelanders as he's not the first one of that opinion about ice tunnel at Langjokull.

Into the Glacier with Lava Caving tour

Víðgelmir welcomed me with the cutest and friendliest dog ever. This guy is living in the hut near the cave and knows each guide. 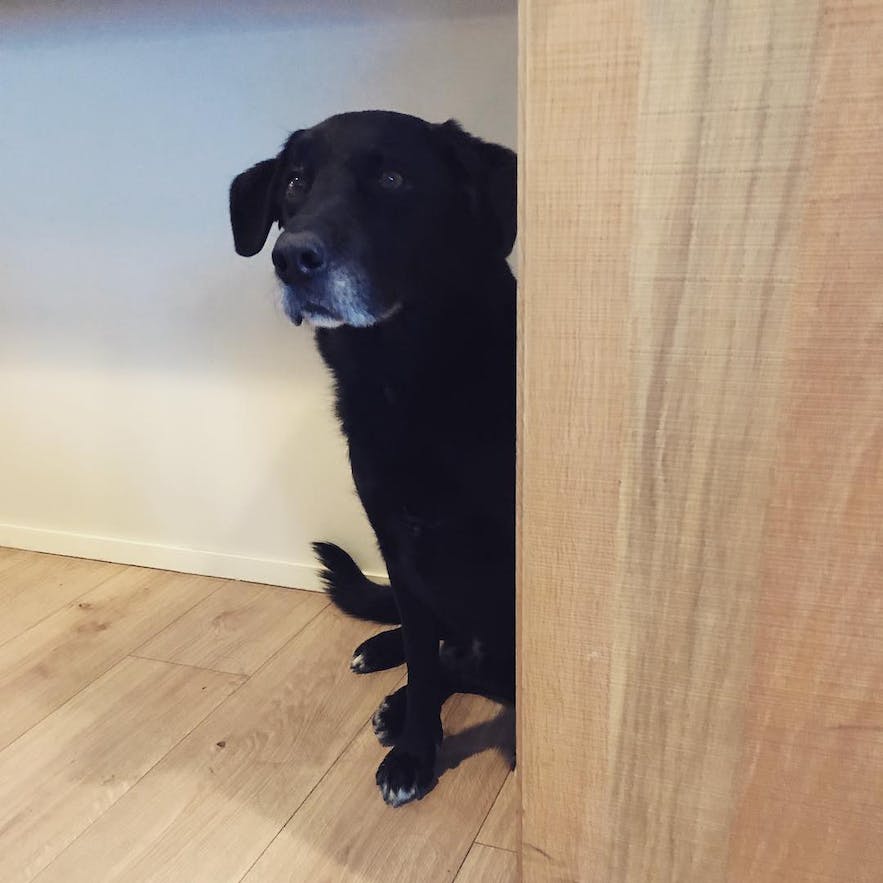 The scenery around the cave was red and infernal. Would you risk to go under the ground with this landscape surrounding you? 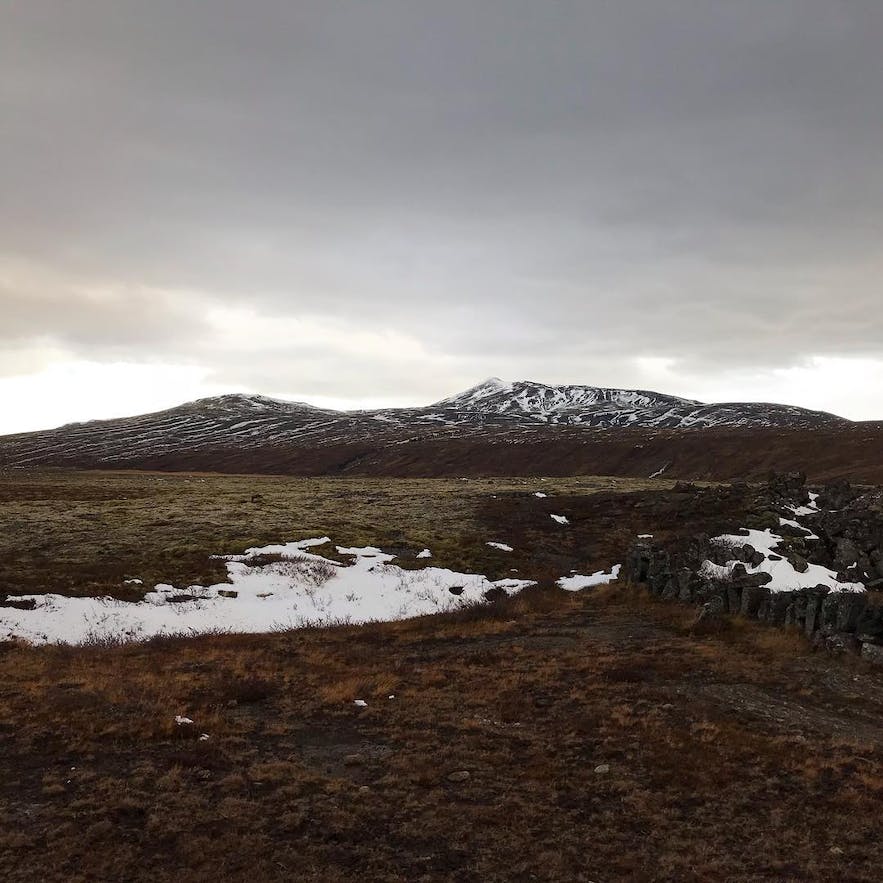 This cave has only wooden paths and therefore there was no need to gear up the boots. For the same reason, it's impossible to get too close to the rocks and the light is a little less bright comparing to Raufarhólshellir. On the other hand, this cave is much bigger and much more impressive. You can see the places where outlaws were hiding there at the time when the cave was warm (+20 degrees Celsius all year round). Not so warm anymore. 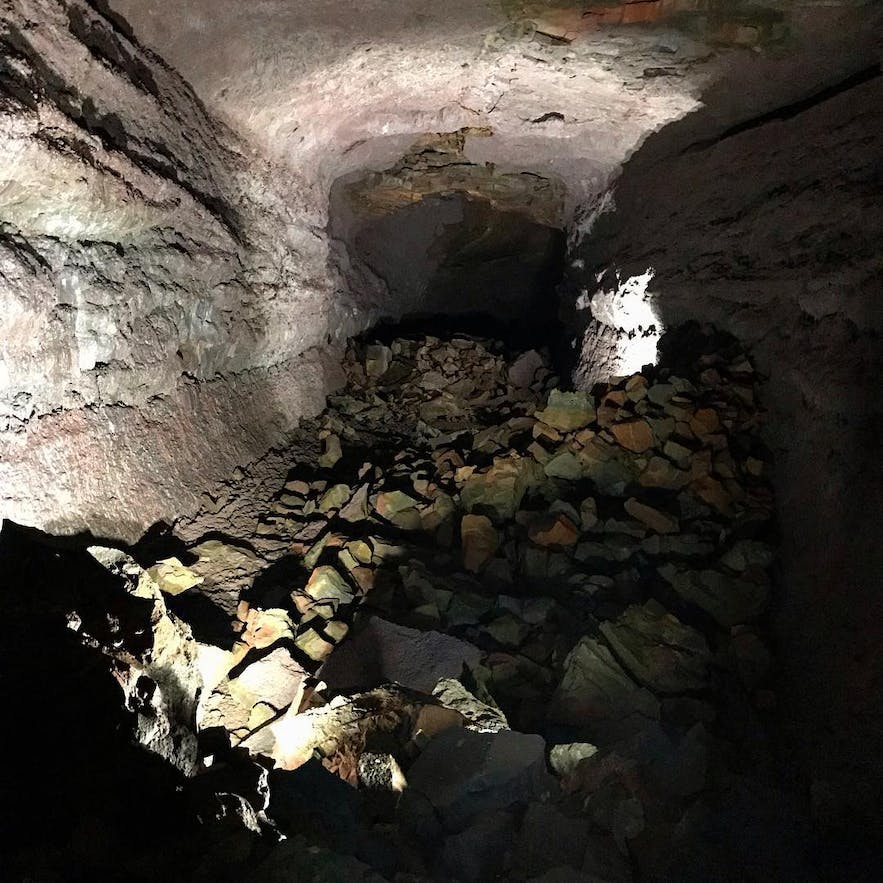 The group was quiet and shy, so the guide did a little shadow play on the wall. It worked just as much as it could in such a dark cave :-) The rest of the time he was very informative about geology, and again the place itself kept me distracted from the lecture. The same trick with turning off the lights was less striking compared to Raufarhólshellir as there was no asking for silence. 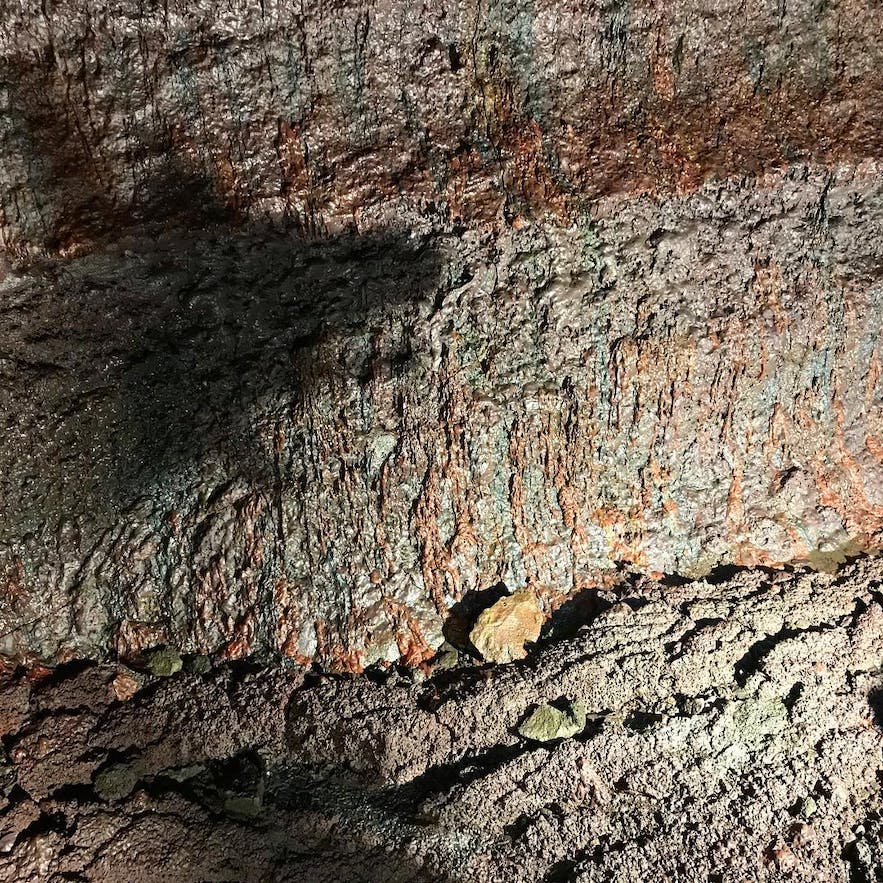 In the end, we could hold some pieces of lava with funny names: poo lava, nipple lava, candle lava. Also, there is an "a'a lava" that received such a name at Hawaii in honor of the sound one makes walking barefooted on it. 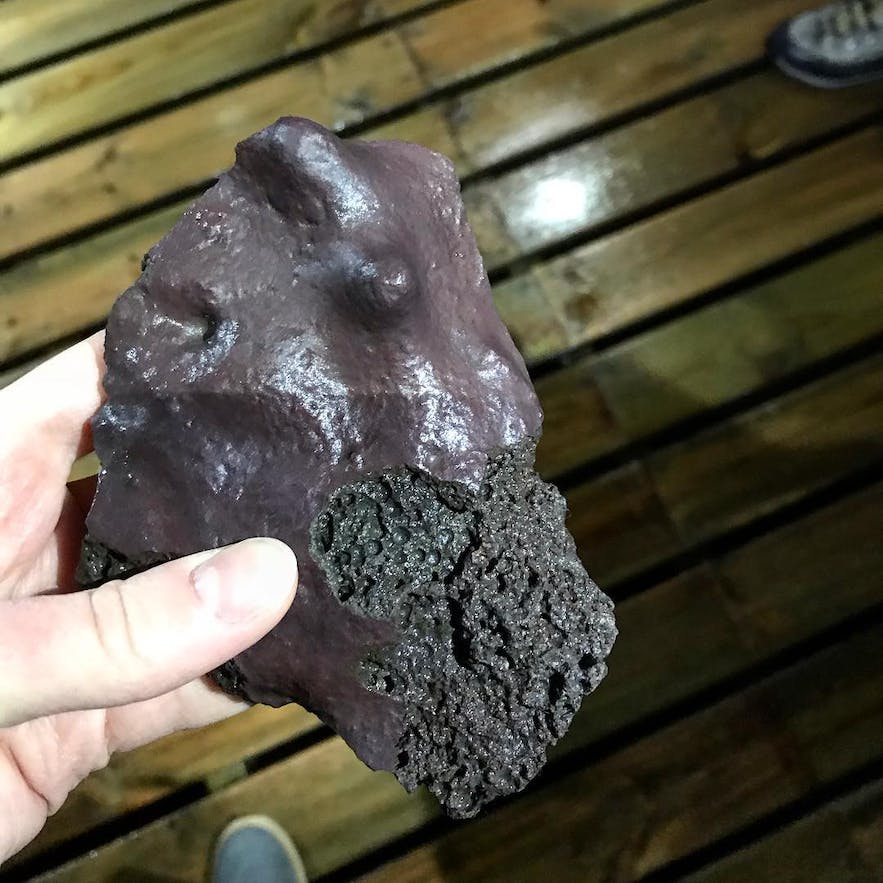 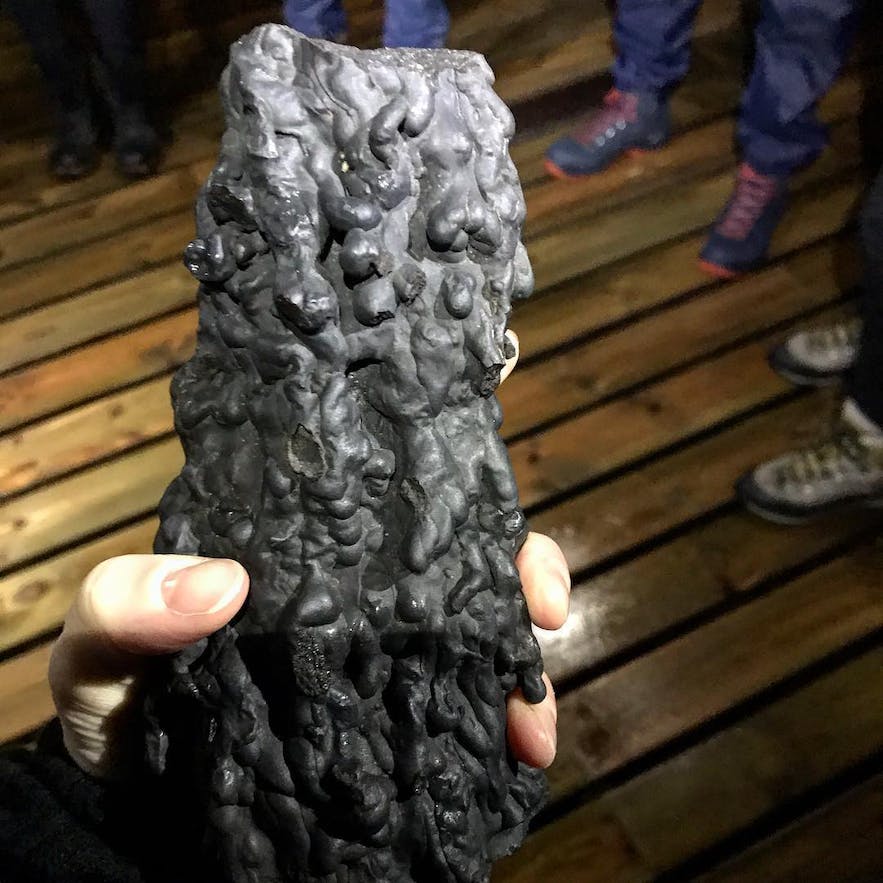 Looking for more caves to visit!