What to read before, during and after traveling to Iceland?

Hi all!
I thought it would be useful to list some books about (or around) Iceland I read this year. Would like to hear your opinion on those, and I’d be grateful for any recommendations from you, so please share your book recommendations in the comments! 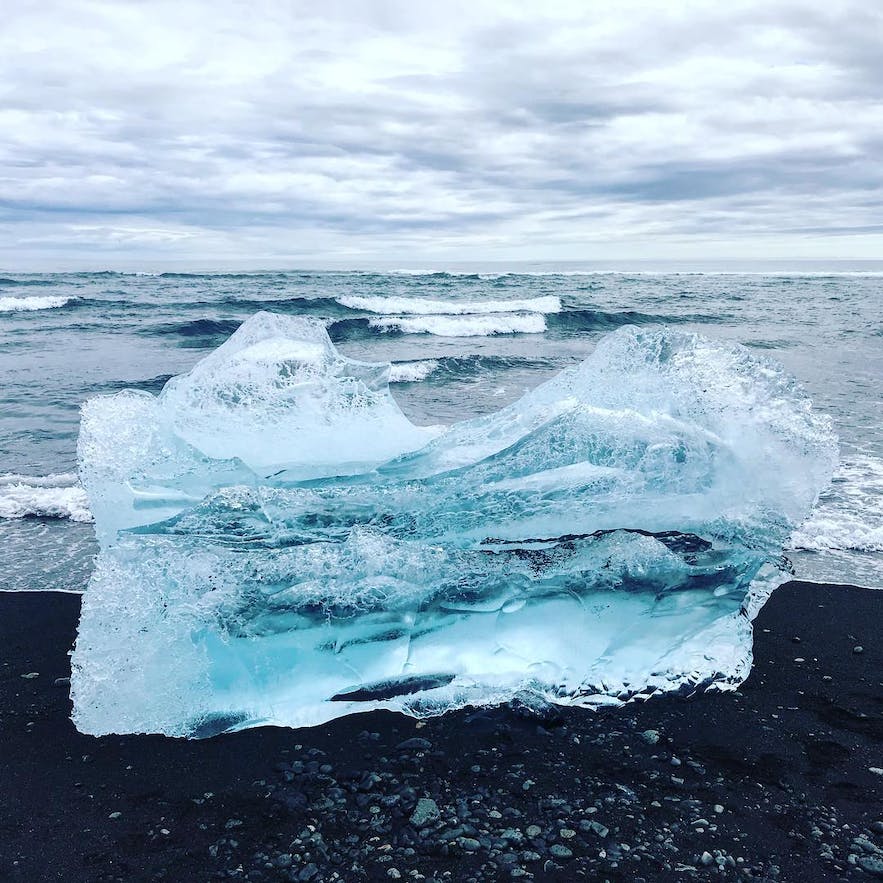 Independent People by Halldór Laxness
Classic and probably the most famous book written by Icelander, Nobel prize winner Halldór Laxness. The story of Bjartur, the farmer who fights for his independence. The character is controversial: respect for his struggle and stubbornness can be overshadowed by constant disrespect of the ways he treats his family. All that on the scenery of timeless Iceland, only by the end of the book it’s finally defined as the beginning of the XX century.
Independent People on Goodreads

Norse Mythology by Neil Gaiman
Interpretation of Norse Myths by one of the huge fans of the subject. Gaiman makes it entertaining, easy to read but still close to the origin. Somehow Loki is the most interesting god, full of wit and betrayal, none the less still staying at the group of gods and sometimes the only possible rescue figure for his own mischief.
Norse Mythology on Goodreads

Grettis Saga
Sagas are the base of Icelandic literature and a source of endless connections to the national character. Grettis Saga is full of battles and violence: the commentary says back then the event was considered valuable to mention only if some battle or disagreement was in place. Therefore no love or family non-violent stories. Another fact worth to mention is how the hero always confess if he killed someone, nobody tries to escape the punishment.
Grettis Saga on Goodreads

The Good Shepherd by Gunnar Gunnarsson
Highly recommended to read if you’re going to Iceland in winter. A small book about a kindhearted shepherd who helps out to find sheep in the snowy mountains together with two buddies - his dog and his pet ram. Great team, lovely story.
The Good Shepherd on Goodreads

Корабль призраков (Ghostship)
The only collection of folk Icelandic stories I could find, this one is in Russian. It has short stories about living dead (draugasogur) first collected by Jón Árnason. No picturesque narrative, these are more in the style of crime reports, which give you a small doubt if it was actually fiction. The pantheon of different kinds of ghosts and living dead can compete with the North Mythology. The helpful manual of how to deal with each kind is also there, in case you meet one in Iceland.
Корабль призраков on Goodreads

Burial Rites by Hannah Kent
One of my favorite books with the story happening in the 18th century in Iceland, written by an Australian author. Peasant woman was charged with the murder of her master and sent to the farm until the death execution - based on real events and made into a fascinating book by Hannah Kent. If you’re a bit tired of dry saga style, but still keen to learn about everyday life in Iceland a couple centuries ago, read this one.
Burial Rites on Goodreads

The Blue Fox by Sjón
Lyrical book connecting two lives: one of a hunter on the edge of death in the snow and another of a boy with Down’s syndrome. Post-modern in style, with long passages about past and future, religion, technologies, nature.
The Blue Fox on Goodreads

Woman at 1,000 Degrees by Hallgrímur Helgason
A real page-turner, this is a story a century-long, told by an old woman ready to die in the Reykjavik garage. It has everything: war, love, stubbornness, loneliness, humor and famous Icelandic independent character.
Woman at 1,000 Degrees on Goodreads

The Hitman’s Guide to Housecleaning by Hallgrímur Helgason
Another one by Helgason, this is the story of a Yugoslavian hitman, who has to hide in Iceland from the police and slowly gets the way of life in Reykjavik as something he would stay for. A light read with a fair amount of humor and war memories.
The Hitman's Guide to Housecleaning on Goodreads

Weather Reports You by Roni Horn
Icelanders talking about the weather, collected and published under Roni Horn guidance, an artist who has deep and longterm love to Iceland. Most of the stories include the memories of the harshest weather experienced (blizzards, storms) and it strikes how storytellers find it fascinating and even complain sometimes that the weather nowadays got mild. Most of them just take it for granted and live with that unpredictable nature - something to learn.
Weather Reports You on Goodreads

The Indian by Jón Gnarr
Autobiography of eccentric ex-mayor of Reykjavik Jón Gnarr. The first part, The Indian, covers his childhood with ADHD syndrome and dyslexia, unique chance to look at it through kid’s eyes. But don’t worry, it has no self-pity, just an honest and sometimes funny view on how his family and he were dealing with it slowly uncovering the issues.
The Indian on Goodreads

The Pirate by Jón Gnarr
The second part of Gnarr’s autobiography, teenage years. Troubles at school, dealing with own body, discovering punk, and still trying to find a connection with parents. Not fitting into the education system (which would play a big role being at mayor’s chair) and first experiments with the drugs.
The Pirate on Goodreads

The Outlaw by Jón Gnarr
Third, and final part, of Gnarr’s autobiography: boarding school at Westfjords, depression, first love, unemployment, attempts to find his passion and failing many times. Raw, brutal, honest and hilarious book, my favorite of all three.
The Outlaw on Goodreads

Gnarr! by Jón Gnarr
After reading Gnarr’s autobiography you just have to read what kind of adult he became. This one is not about being a mayor of Reykjavik but mostly on how the comedian, who started out the whole campaign as a joke, actually could get through and win the election in 2010. Simple text about a complicated matter. I’d like to have this kind of mayor in my city for sure.
Gnarr! on Goodreads

The Little Book of Tourists in Iceland by Alda Sigmundsdóttir
Another book from Alda Sigmundsdóttir, this one is about tourism in Iceland. It was published in 2017 and therefore the information is still relevant. This is a must-read for anybody who wants to travel to Iceland and don’t want to be a problem for local people and nature. Also, fair view on how Icelanders deal with a sudden boom in this industry.
The Little Book of Tourists in Iceland on Goodreads

Glacier by Ragnar Axelsson
Simply the best photographer in Iceland and his latest photo book. Glaciers in black-and-white, true piece of art.
Glacier on Goodreads

Pi by Roni Horn
Roni Horn has a series of photo books with Icelandic landscapes, but as some of them are a rarity now, you can look for the exhibition catalogs. Pi is one of them, with the photos showing the month of living at lighthouse somewhere in the north, with a mixture of portraits of habitats, house, calm sea, foggy fields. Amazing and very personal collection.
Pi on Goodreads

Iceland Exposed by Páll Stefánsson
Icelandic landscapes in all their brightness, power and incredibility. This book has no postcard hint, which can be a sin of some other photo books on the same subject.
Iceland Exposed on Goodreads