Faxaflói is a large bay in west Iceland, between the Reykjanes and Snӕfellsnes Peninsula. It faces Reykjavík and is a hot spot for puffin and whale watching.

Explore the area on a Snaefellsnes Peninsula tour.

Whale watching tours head into Faxaflói from Reykjavík throughout the year. Throughout the summer, the most commonly seen species are Minke and Humpback whales, while Harbour Porpoises and White-Beaked Dolphins are seen year-round. Other species are seen on occasion, including Orcas and Blue Whales.

From May to September, some of these tours include a puffin-watching segment to the islands of Lundey and Akurey, where visitors can see them nesting on the rocks and bobbing in the water.

Another island, Viðey, can easily be visited throughout the year by boat, with tickets included on the Reykjavík City Card. It is home to the Yoko Ono Peace Tower.

Sea-angling is also popular in Faxaflói, and it is possible to rent a rod and fish from Reykjavík Harbour.

Faxaflói Bay is a beautiful feature of Iceland’s capital, visible from much of the city. Many of Reykjavík’s greatest landmarks have it as their backdrop, as they hug the coastline.

Harpa Concert Hall, for example, is an incredible feat of modern architecture that juts out into the water. The Sun Voyager is a popular statue that also looks out to the sea.

In decent weather, visitors can see some of Iceland’s most beautiful nature across Faxaflói. Mount Esjan is the most dominant feature, but when it is especially clear, it is possible to see the Reykjanes and Snӕfellsnes Peninsulas. 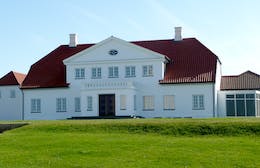 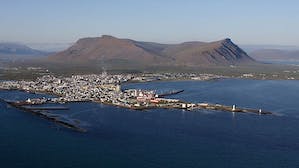 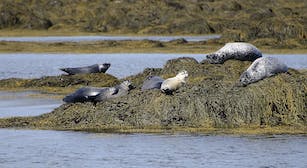 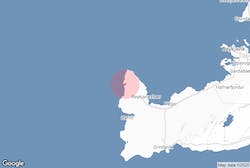 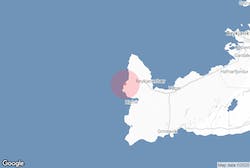