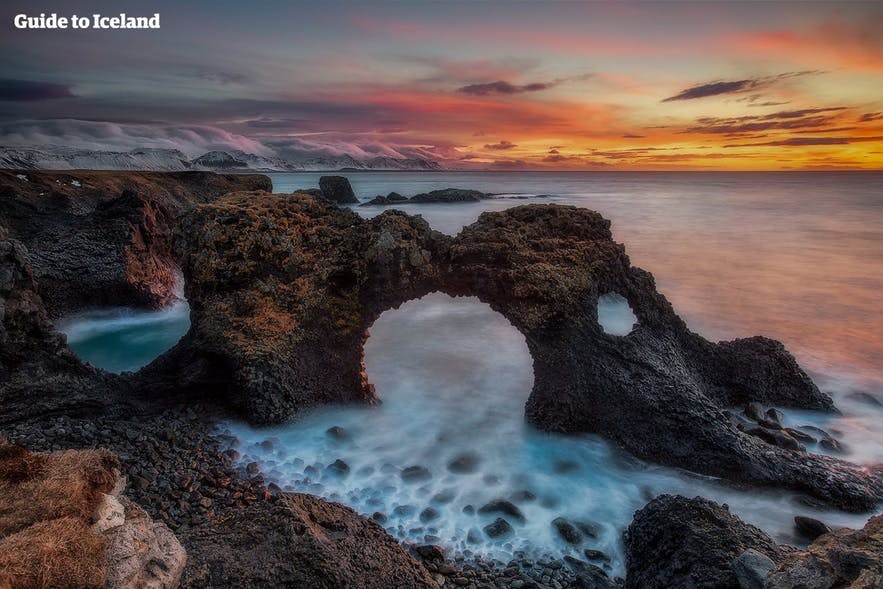 For those who rent a car, it can be reached by those travelling north from Iceland's capital. Many self-drive tours, like this 10-Day Road Trip, allow time for you to explore this magnificent area. You can also visit Snaefellsnes peninsula on a day tour and enjoy the best of the area. 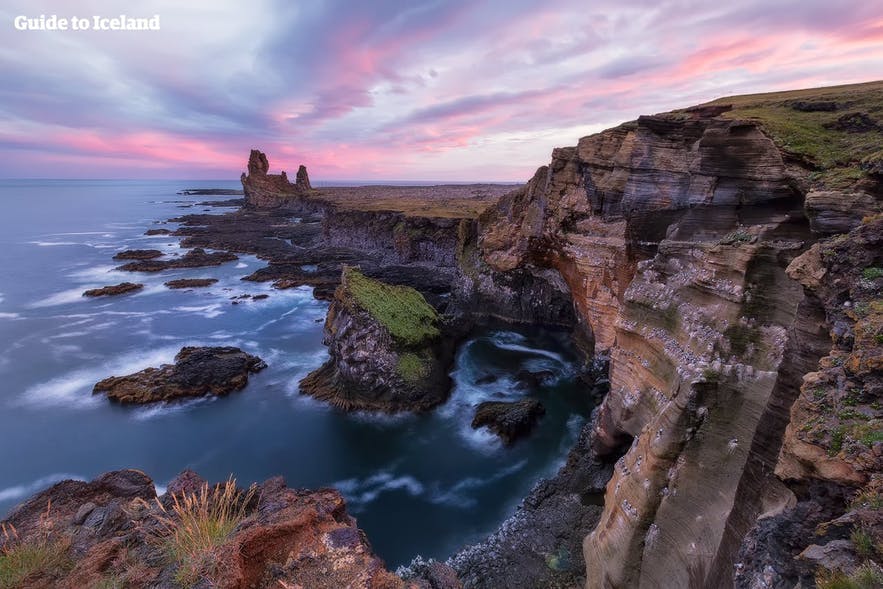 The peninsula stretches 90 kilometres (56 miles) from West Iceland, between the Reykjanes Peninsula to the south and Westfjords to the north. A mountain range runs along with it, consisting of both active and dormant volcanoes, culminating at the magnificent, ice-capped Snæfellsjökull volcano.

The next site of particular natural beauty is the Rauðfeldsgjá Gorge, a cleft in a huge cliff face that it is possible to climb into. A stream runs through here, so those who want to plumb its depths will get wet. Those with decent clothing, sturdy shoes and reasonable fitness, however, will be able to get quite far.

You will then enter Snæfellsjökull National Park, which, in spite of being the smallest of the country’s three national parks, is pregnant with destinations worth visiting.

The most historic of these is Djúpalónssandur beach. Comprised of black, volcanic sands, it is best known for the four lifting stones that remain on the beach from a bygone age. Fishermen would use these stones to mark their strength and gage their suitability to working on the dangerous waves.

Within the National Park are also two lava caves that can be entered in summer. Sönghellir is renowned for the musical qualities of its echoes, whereas Vatnshellir is favoured for its easy access and vivid colouration. There is a small entry fee to the latter, and you cannot enter it without a guide.

Of course, however, the highlight of this part of the Peninsula is no doubt Snæfellsjökull itself. Even if you are not ascending it on a glacier hiking tour, it is worth stopping by to marvel at. 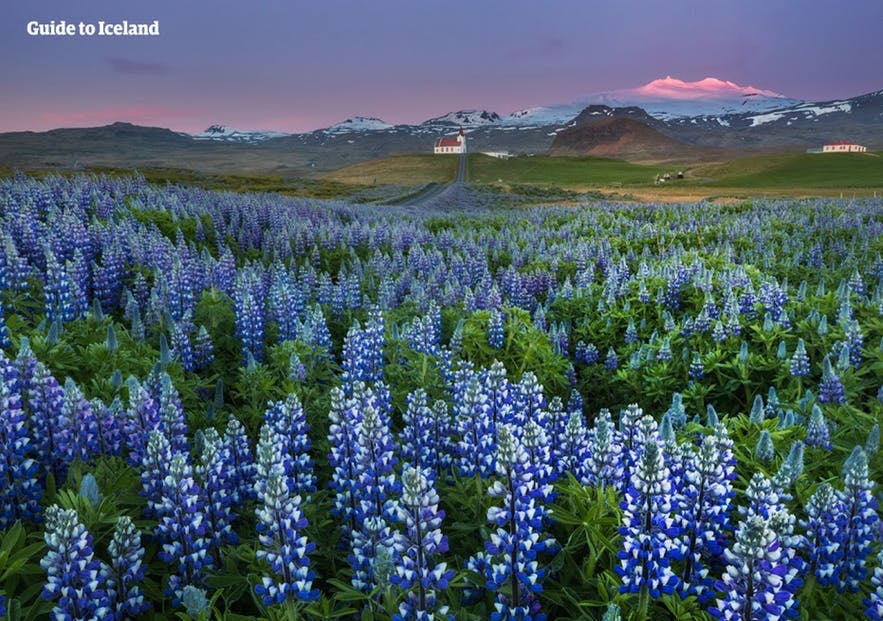 There are a few small and beautiful villages dotted across the peninsula, the majority of which are on the northern side, where the fishing is better. Most notable are Arnarstapi, Hellnar, Búðir, Hellissandur, Ólafsvík, Grundarfjörður and Stykkishólmur.