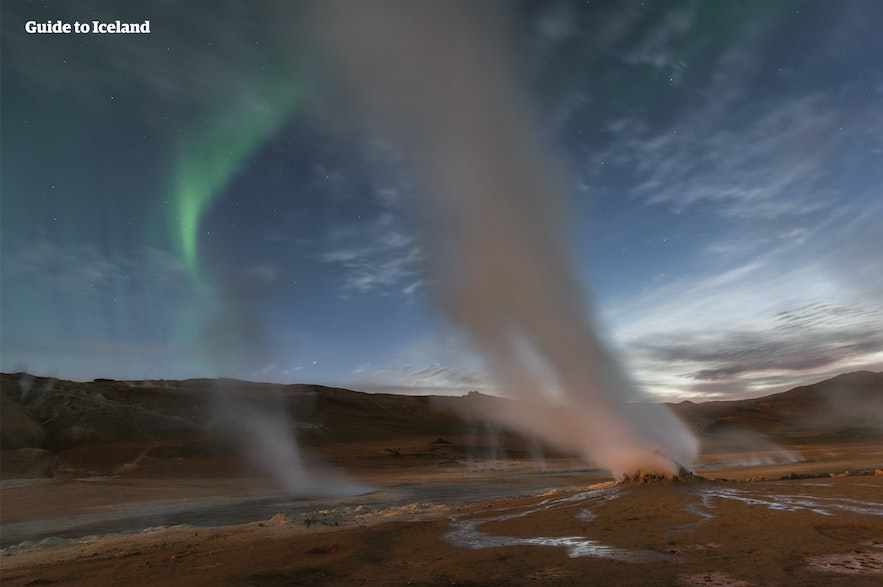 The Mývatn region is one of the most diverse in Iceland. You will not have to drive longer than an hour from the Nature Baths to come across natural geothermal areas, such as those at Mount Námaskarð. On this pass, you will find dozens of seething fumaroles and bubbling mud pits, that dye the land vivid colours and fill the air with noxious fumes.

Nearby you will also find geological wonders, such as at Dimmuborgir. This ‘lava fortress’ is unbelievably dramatic, and steeped in folklore; it is said that this is where the thirteen evil Santas of Iceland live. It is no wonder it was used in Game of Thrones as the setting for Mance Raider’s Wildling Camp.

Another nearby site used in Game of Thrones that combines both geothermal energy and geological beauty is the Grjótagjá hot spring cave. While you cannot bathe here, you can feel the water and see where Jon Snow and his Wildling lover consumated their relationships.

The Mývatn area is also considered a point on the Diamond Circle, so it is close to other incredible places of the North, such as Goðafoss and Dettifoss Waterfalls.