Dynjandi (meaning ‘Thunderous’) is a series of waterfalls in the Westfjords and the largest of its kind in the region. Dynjandi is particularly beloved by visiting nature enthusiasts and aspiring photographers, who are able to snapshot this fantastic natural feature from a wealth of angles. 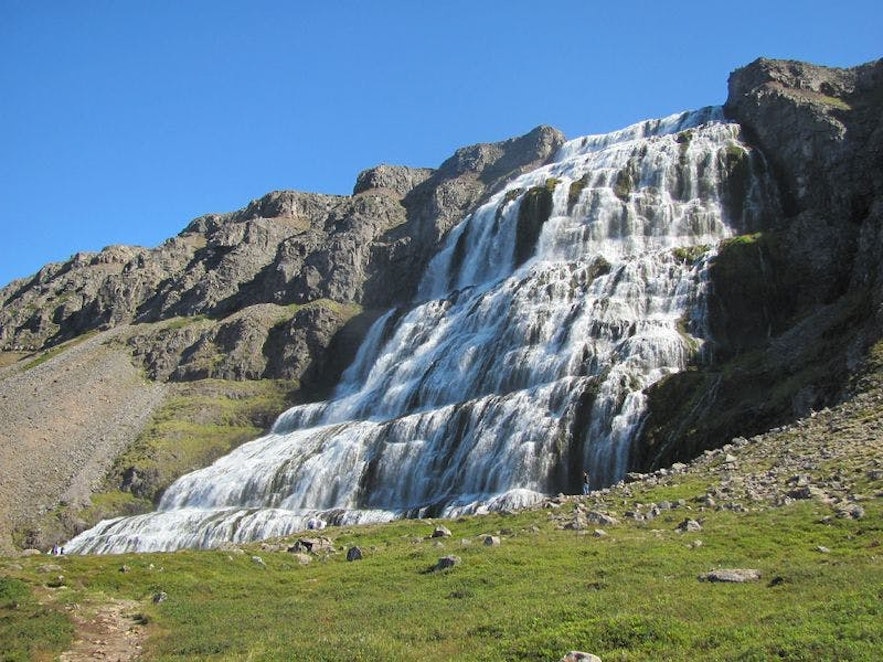 To travel to the Westfjords, one of your best options would be renting your own vehicle and driving yourself. Dynjandi is approximately 363 kilometres (226 miles) away from Iceland’s capital city, Reykjavík, meaning it will take some commitment to visit.

Due to the fact that both species are protected in their respective habitats, they have little fear of people and will let you within mere metres.

Though sparsely populated, there are a few significant towns in the Westfjords. Foremost amongst them is the settlement of Ísafjörður, which is the region’s capital and its centre of tourism and trade.