Hjalteyri is a community of around 40 people, located on the western shores of Eyjafjordur in North Iceland. Until the early 20th century it was one of the centers for the herring industry in Iceland.

Norwegians started salting herring in the area around 1880 and the village became was confirmed by law as a trading post in 1897. Swedes, Scots and Germans would fish there  in the following years but all foreigners had left by 1914.

The Icelandic fishing company Kveldulfur was active there from 1914 and in 1937 built the largest herring factory in Europe at Hjalteyri, which ran until 1966. The company also built many of the beautiful residential buildings that still stand in the village, such as the house of Thor Jensen, the founder of the company, and Asgardur, where the head of the factory lived.

The herring disappeared from the fishing grounds in the 1960s and Kveldulfur thus left as well. Fishing from small boats increased.Today, Hjalteyri boasts a strong harbour and fishing, the drying of fishheads and aquaculture are the mainstay of the economy.

Along with the beautiful buildings at Hjalteyri, we recommend visiting the old herring factory, which now functions as a culture center for the community, with an active art and culture program and regular art exhibitions during the early summer months. Also make sure to visit the cozy Café Lisa, which also offers accommodation and opportunites for sea angling.

Last, but not least, it only takes about 5-10 minutes to sail from Hjalteyri to the Strytur underwater geothermal cones, and the Strytan Divecenter indeed operates a base at Hjalteyri, at the old herring factory. At the Strytur you may experience nothing less than one of the greatest dives in the world! 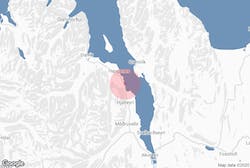 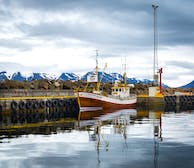 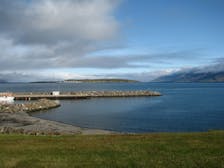 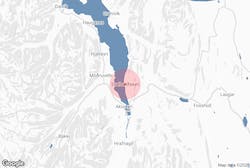