Thorbergssetur, located in the remote region of Sudursveit in South-East Iceland, is a culture center and heritage museum dedicated to the history of the region and the life and works  of Icelandic writer Thorbergur Thordarson.

One hall features photos from Sudursveit, showcasing the way of living from 1930-1960 and how people struggled in their farming and fishing in a remote district, isolated by large glacier rivers, with glaciers towering above and a harbourless shore.

Since 2009 there has been an exhibition called ‘the secrets of Sudusveit’ as well as an exhibition on the ‘Papar’, irish monks who were said to have resided in Iceland at the time Norsemen arrived, and on early settlement of the area.

Last but not least, there is a rich exhibition centered on Thorbergur’s life and and works as well as the history of the nation. It features a mixture of info signs and museum pieces, as well as sets that aim to reflect former times.

Author Thorbergur Thordarson, who grew up at the farm Hali in Sudursveit, was one of Iceland’s greatest prose writers. He himself was a peculiar mixture of a socialist, an internationalist yet in many ways always the farm boy from Sudursveit, spiritualist, yet critical of organized religion as well as an esperantoist. He had a vast imagination and was daring in his writing, a master of style and a great humorist, often putting himself at the center of his humour.

In 1924 Thorbergur’s Bref til Laru ('Letter to Lara') caused a storm in Icelandic literary life and it may be argued that Icelandic literature was never exactly the same again. Along with criticism on social injustice and the church, Thorbergur reaches outward and inward, tells stories of himself, folk tales, features a few gothic/surrealist chapters, jokes around and satirizes etc. This book cost him a teacher’s position.

Along with this book, two of his other most beloved ones are the autobiographical novels Islenskur adall and Ofvitinn. They depict Thorbergur’s life from 1909 to 1914 along with presenting a picture of the life and society of Reykjavik at the time, though Thorbergur did not shy from swaying his subject to fit a novel’s narrative. His humor allowed him to make fun of even his most dire struggles in life and the persona of Thorbergur emerges as both a humorous and sympathetic figure.

Other significant works by Thorbergur include Aevisaga Arna Profasts Thorarinssonar ('The Biography of Priest Arni Thorarinsson') and his books on the history and culture of Sudursveit, the first of which, Steinarnir tala (The Stones Speak) was recently translated to English. Salmurinn um blomid (‘The Psalm about the Flower’) sees the aged Thorbergur describing the world of a little girl, and attempting to enter her mindset.

Thorbergssetur features a excellent restaurant. Among specialties are the farm-raised arcttic char along with other traditional local food. From the beginning of July to the beginning of September you may also enjoy a buffay for a reasonable price. 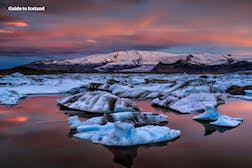 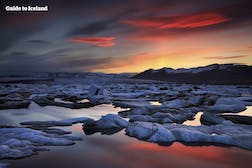 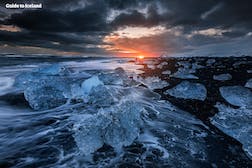 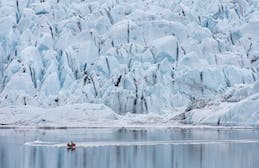 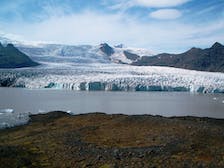