Plenty of guided vacation packages will take you through this National Park, such as this 6-Day Summer Holiday. If you'd rather drive there yourself, you can rent a car. Alternatively, join an organized tour of the Golden Circle or a self-drive package that visits the Golden Circle, like this 10-Day Road Trip.

The first thing that visitors to the National Park notice is its sheer aesthetic beauty; dried magma fields, covered in Icelandic moss, sit carved by glacial springs, and are surrounded by a bowl of ancient mountain peaks. 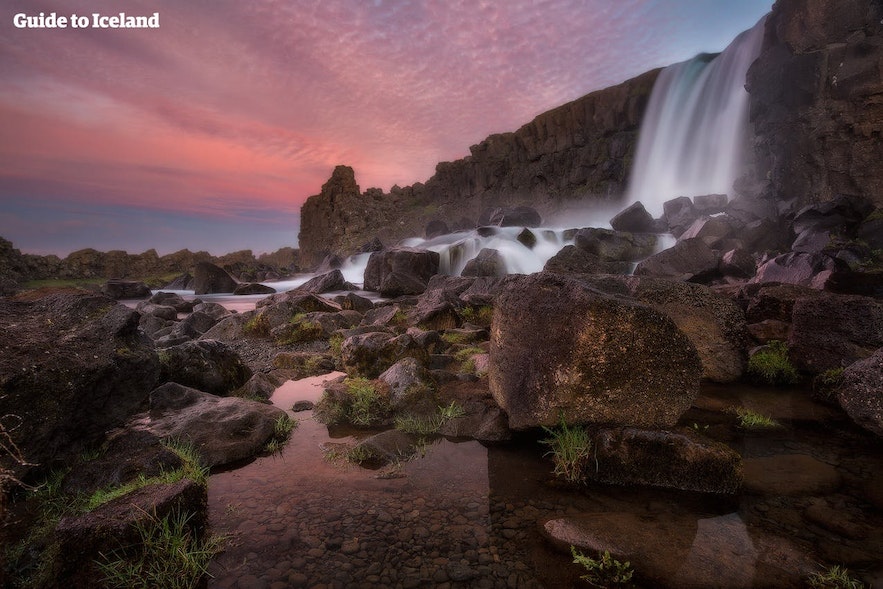 Þingvellir can be anglicized to ‘Fields of Parliament’, a nod to the area’s fascinating history and relevance to Icelandic culture. It is here, after all, that the world’s first democratically elected parliament that remains functioning, Alþingi, was formed in 930 AD.

Though the parliament was removed by the Danish at this time, it returned in 1845, then in Reykjavík.

To symbolize the country’s change, he threw idols of his old deities into the northern waterfall Goðafoss, the name of which translates to ‘Waterfall of the Gods’.

Þingvellir is one of the most widely visited attractions in Iceland, in large part due to the fact that it is home to the glacial spring Silfra fissure, one of the top ten sites in the world for snorkellers and scuba divers.

Silfra (meaning ‘Silver’) is a submerged ravine within the park, boasting visibility of up to 100 meters (328 feet) and a temperature just above freezing. Participants in these tours will be attired at the Silfra carpark in neoprene hoodies and gloves, as well as an undersuit and drysuit for thermal protection.