The Secret Lagoon is a man-made hot spring of natural resources located at Hverahólmi, the geothermal area next to the village of Flúðir in southern Iceland. It is the oldest pool in the country, and one of the most popular for locals and tourists alike.

This village is renowned for its greenhouse activity, which is used for horticulture and agriculture in the form of many greenhouses. This helps Iceland produce fresh food throughout the year. 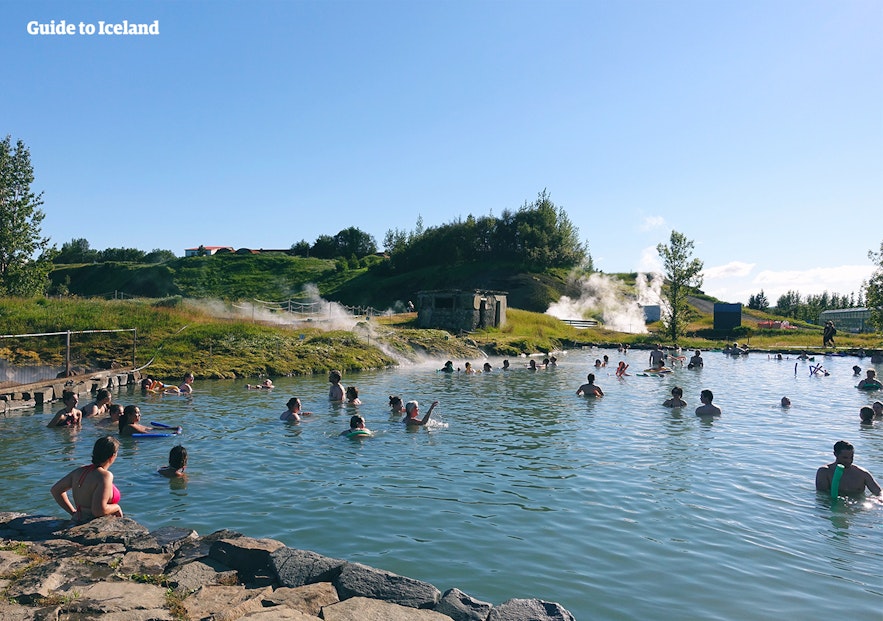 The Secret Lagoon is often compared favourable to the Blue Lagoon, for being cheaper and less busy. While true, the Blue Lagoon has more facilities, such as saunas and steam rooms, and a wealth of unique properties, such as its azure waters and silica masks, that distinguish it.