Kirkjubæjarklaustur (referred to locally as ‘Klaustur’) is a village of approximately 120 inhabitants in the Skaftárhreppur municipality of south of Iceland.

In the 364 years leading to the Reformation in 1550 AD, Klaustur did much for the oral history of south Iceland. Systrastapi (Sister’s Rock), the Systrafoss waterfall and lake Systravatn all take their names from the nun’s settlement. 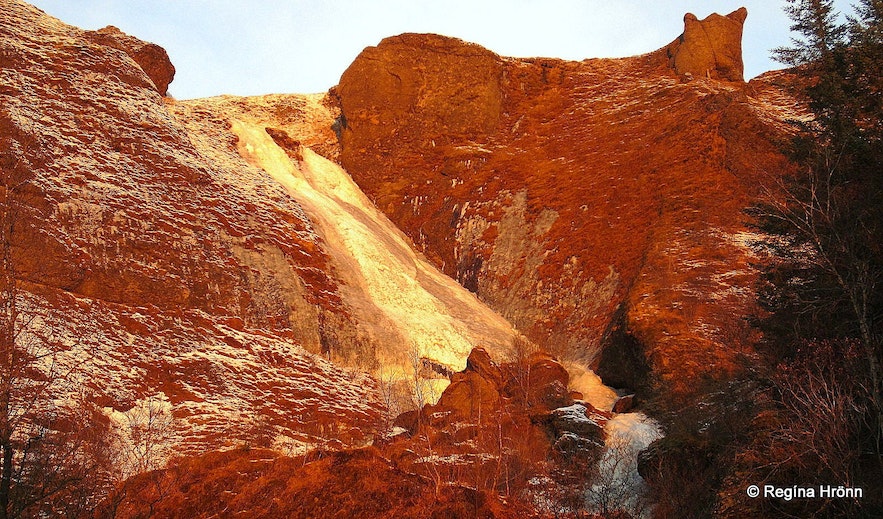 The folklore relating to these sites are rich in tales of religious heresy, superstition and death.

Guilty or not, the nuns were swiftly burnt at the stake.

Despite its petite size, Klaustur is an important crossroads to the attractions nestled at the centre of the island, namely the Laki Craters in Vatnajökull National Park and the Landmannalaugar hiking trails in the scenic Fjallabak Nature Reserve. Only a few kilometres from the village itself lies the spectacular Fjaðrárgljúfur canyon.

A short walk east of Kirkjubæjarlaustur will take you to the fascinating Kirkjugólfið “Church Floor”, an 80 square metre flat of basalt columns, shaped and formed naturally by tide and glacial melts. The aforementioned Sisters Rocks and Sisters Waterfalls can be walked to from the village as well.