Goðafoss waterfall is located in the river Skjálfandafljót in north Iceland, the fourth-largest river in Iceland. It is one of the most spectacular waterfalls in the country, falling from a height of 12 meters (39 feet) over a width of 30 meters (98 feet).

When Iceland was first settled in the 9th and 10th Centuries, the vast majority (those who were not slaves, at least) were Norwegians who followed the Old Norse religion, worshipping deities like Thor, Odin, Loki, and Freya. However, after the Commonwealth was established in 930 AD, pressure to convert began to push from Christianising Europe.

By 1000 AD, it seemed that Norway would almost certainly invade if the country were to stand by its pagan beliefs. The issue was thus discussed at Þingvellir, where the parliament met once a year. The lawspeaker at the time, the Ásatrú priest (or goði) Þorgeir Ljósvetningagoði, was given the responsibility to make the decision.

To symbolize his decision, he returned to his home in north Iceland and threw idols of the Old Gods into a beautiful waterfall. Since then, it would be known as Goðafoss. 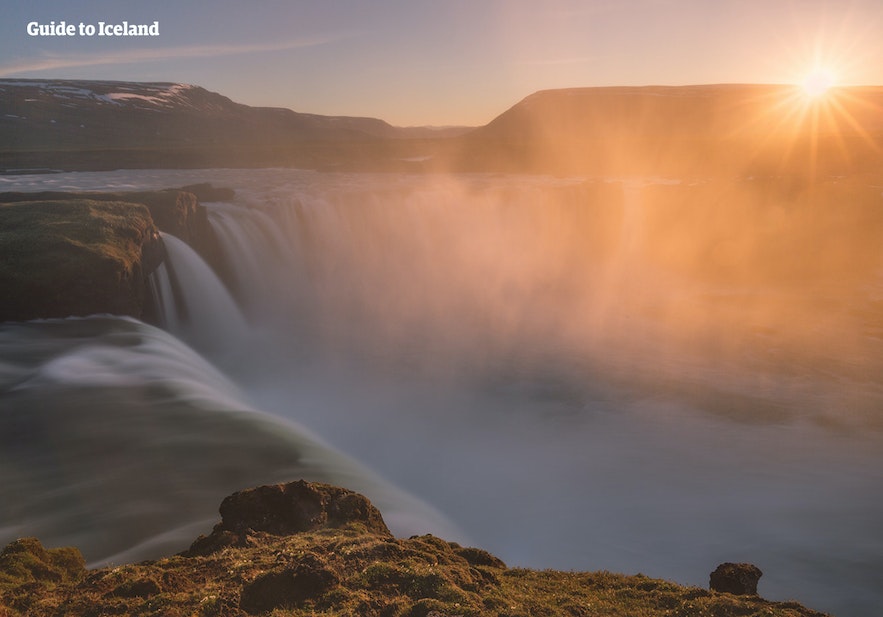 Mývatn is a beautiful lake, filled with a wealth of birdlife, and it is renowned for its incredible surroundings, which include fortresses and lava, geothermal areas, craters, and basalt pillars. Dettifoss is another waterfall, and though it does not have the history of Goðafoss, it has much more power; it is, in fact, the most powerful waterfall in Europe.

Ásbyrgi Canyon, meanwhile, is also linked to the Old Norse Gods. Its perfect horseshoe shape was said to have been created by the stomping of one of the hoofs of the eight-legged steed of Odin. The final destination on the Diamond Circle is Húsavík, the best place for whale watching in Iceland.

This is the largest settlement outside of the Greater Reykjavík Area and is a perfect place to stay for those traveling the circle around the country. It is a renowned cultural centre, with many museums, galleries, and the world’s northernmost botanical gardens. Many tours depart from here.