The Rauðhólar ("The Red Hills") is what is left of a group of pseudocraters on the southeastern edge of Iceland's capital city, Reykjavík.

Explore this incredible natural phenomenon on a self drive tour in Iceland.

Photo above from Wikimedia, Creative Commons, by Mickaël Delcey. No changes made.

The Rauðhólar can be found in the Elliðaárhraun lava fields, a part of the Heiðmörk Nature Reserve. The estimated age of these craters is 5200 years old, offering guests an insight into the geological makeup of this region. The name of this feature, quite obviously, derives from the dark maroon colouring of the rock.

There were once many more craters at Rauðhólar—over eighty!—but the material was used for construction supplies during the Second World War to build roads and such projects as Reykjavik Domestic Airport. Rauðhólar was first protected from such activity as late as 1961 and was provided further security from interference in 1974. 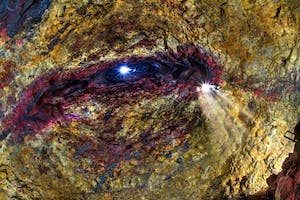 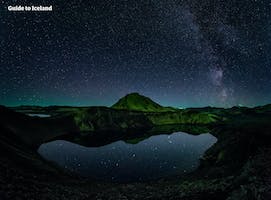