Hafrahvammagljufur canyon, spelled Hafrahvammagljúfur in Icelandic, is one of the best hidden gems on East Island.

Many travelers miss out on this amazing attraction because of its remote location. Fortunately, some East Iceland tours have them, such as the Two-Day Icelandic Highlands with Waterfalls and Horse Riding Tour and the Small Group Sightseeing Tour of East Iceland and the Highlands. For self-drive tours, check out the 11-Day Budget Tour of the Complete Ring Road, with the Eastfjords and Myvatn.

Photo from Wikimedia, Creative Commons, by Caspar Gutsche. No edits made.

Hafrahvammagljufur canyon is found in East Iceland, away from the Ring Road and approximately 65 miles (106 kilometers) from the town of Egilsstadir. Due to its awkward location, which makes it difficult to reach, many visitors miss it.

However, the remoteness makes the place more charming because it's less crowded, which allows people to see more of its natural beauty.

Hafrahvammagljufur canyon is a remote gorge in East Iceland, one of the country's largest. The gorge has walls of around 656 feet (200 meters) high and it stretches almost five miles (eight kilometers) long from the Vatnajokull icecap towards the Jokuldalur valley.

The Jokla river, the longest river in East Iceland, along with other natural forces, helped shape the Hafrahvammagljufur canyon. In fact, the river is still eroding the canyon.

The river is around 93 miles (150 kilometers) long and is the primary discharge of Vatnajokull's Bruarjokull glacier.

The Hafrahvammagljufur canyon has been challenging to access for a long time, thanks to its remote location and difficult terrain. However, artificial wonders like the Karahnukavirkjun hydropower plant, a dam, and bridges are constructed near the canyon and Jokla river.

The plan was made during a time when the people utilized rivers such as the Jokla river to produce electricity.

The construction of various infrastructures has affected the natural environment by reducing the river's volume and changing its path and views. The dam has also resulted in the sinking of some waterfalls.

The artificial structures have greatly changed the canyon, especially its natural view and surroundings. However, those structures, especially the bridges, and the dam, have also made it easier to reach the Hafrahvammagljufur canyon. Additionally, the changes helped boost the nearby area's local economy.

The dam's construction and other infrastructures in the Hafrahvammagljufur canyon have positive and negative results. One interesting result is the appearance of the Hverfandi waterfall, also known as the disappearing waterfall.

The waterfall descends around 328 feet (100 meters) of water into the Hafrahvammagljufur canyon.

The waterfall, which can only be seen from late August to early October, is the result of an overflowing Halslon reservoir, which is also found in East Iceland. Halslon is a water-storing reservoir for the Karahnjukar power plant, which translates it to hydroelectric power.

The cascading waters of Hverfandi are said to be stronger than Dettifoss, which is known as one of the most powerful waterfalls in Europe.

Hafrahvammagljufur canyon is located in East Iceland, one of the least visited regions in Iceland, due to its far distance from the country's capital city of Reykjavik.

The canyon can be found deep in the Jokuldalur valley, where the Jokla river pours. The entrance to the canyon begins in Dimmugljufur, the dark canyon which intersects with Hafrahvammagljufur.

How Do You Get to the Hafrahvammagljufur Canyon?

The roads leading to Hafrahvammagljufur canyon are difficult to access when using a compact car. In fact, the best way to access the canyon's hiking trail is by riding a four-wheel drive vehicle.

If you're starting your trip from the town of Egilsstadir, you must drive more than 60 miles (96 kilometers) Southwest. Here's how you can get there:

4. Continue heading south on Route 933 and drive around 1.9 miles (3.2 kilometers) until you reach another intersection with Route 910, then take a right turn.

After parking your car, prepare for a hike. You can follow the available hiking signs leading to the canyon. In addition, make sure to wear proper hiking attire, such as hiking boots, and bring some extra clothes and snacks for the hike.

If you're traveling to the canyon via a compact car, you can park your vehicle near road 910. From there, you'll be hiking for two hours.

Exploring the Nearby Attractions of Hafrahvammagljufur Canyon 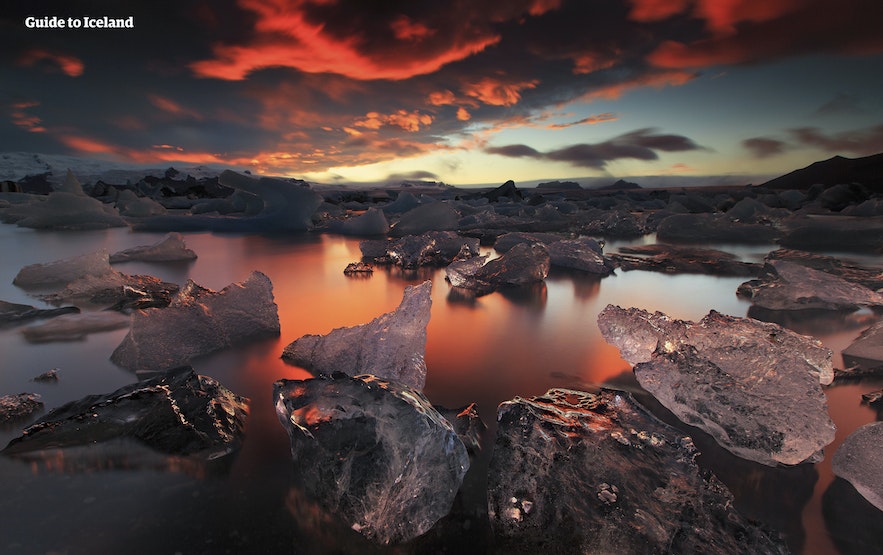 Hafrahvammagljufur is far from the famous ring road of Iceland. However, this doesn't mean there aren't any other beautiful things to see and experience near the canyon.

Explore more of East Iceland by checking out some of the nearby attractions and activities from the canyon.

Iceland has many hot springs, including the famous Blue Lagoon in the South and the Myvatn Nature Baths in the North. You can visit Laugavallalaug hot springs in East Iceland, less than a mile from Hafrahvammagljufur.

The hot spring is difficult to reach and only accessible via a four-wheel-drive vehicle. Due to this, the hot spring is not crowded like other famous hot springs in Iceland. Moreover, it's the best place to relax after a long hike from the canyon.

Hallormsstadaskogur is the largest national forest in Iceland. It is 51 miles (82 kilometers) away from Hafrahvammagljufur. The forest is also rich in wildlife and has a lot of hiking trails. However, what makes it more remarkable is the festival locals celebrate here.

If you're a festival-lover, you can check out Hallormsstadaskogur's Skogardurrinn festival, which means forest day in English. The festival happens in June and is a weekend full of music and exciting competitions, such as logging competitions. Aside from those, there are mini-marathons and food served by the local farmers.

The Amazing Icebergs and Glaciers of Jokulsarlon

Jokulsarlon glacier lagoon is located South of Vatnajokull National Park. Meanwhile, it is around 60 miles (97 kilometers) from Hafrahvammagljufur canyon.

The glacier lagoon is one of the country's most famous of its kind, which means it is a place you shouldn't miss.

The glacier lagoon is a lake filled with meltwater from an outlet glacier of Vatnajokull. However, what makes this lagoon popular is the icebergs from the glaciers scattered in its waters. Aside from their large sizes, the icebergs have the beautiful coloration of white, dyed with blue and black streaks.