Jökulsárlón is Iceland’s most famous glacier lagoon. Conveniently located in the southeast by Route 1, about halfway between the Skaftafell Nature Reserve and Höfn, it is a popular stop for those traveling along the South Coast or around the Ring Road of the country.

As a glacier lagoon, Jökulsárlón is a lake that is filled with meltwater from an outlet glacier. In this case, it is Breiðamerkurjökull, a tongue of Europe’s largest ice cap, Vatnajökull.

These icebergs, other than their scale, are notable for their coloration. Although they are, as expected, largely white, most are also dyed electric blue in part, with black streaks of ash from eruptions centuries past. 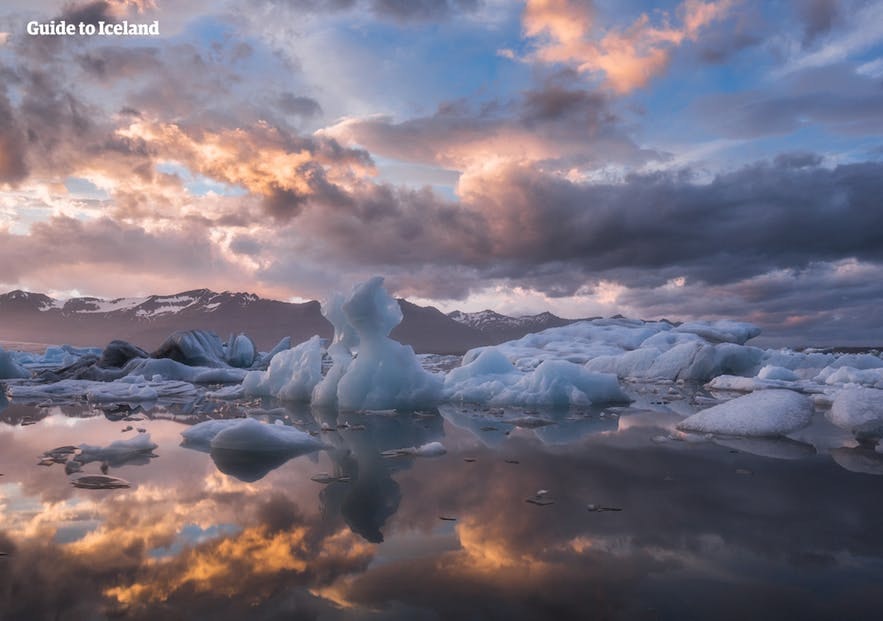 In spite of being a rather recent formation, Jökulsárlón is the deepest lake in the country, with depths of 248 meters (814 feet). With a surface area of 18 square kilometers (7 square miles), it is also growing to be one of the largest. 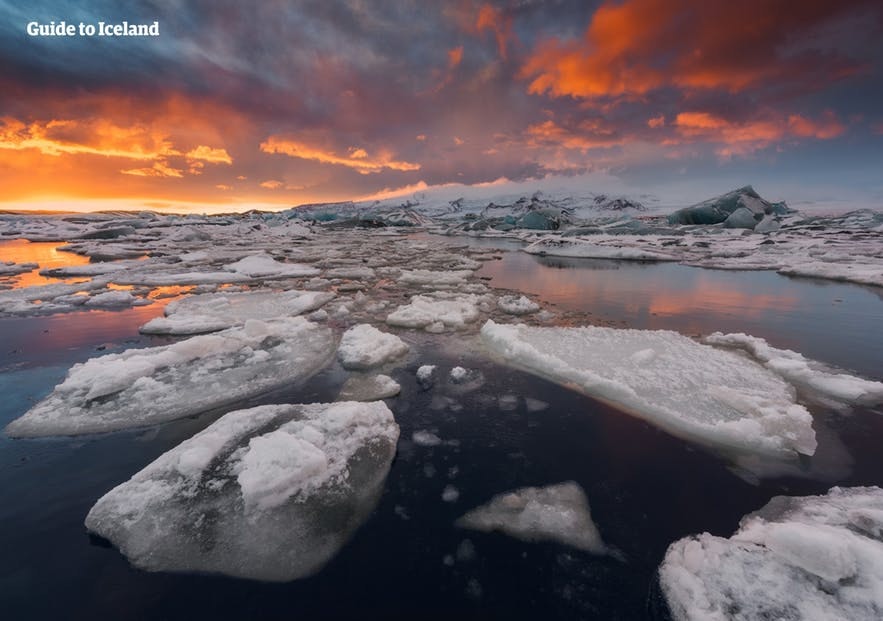 In 2017, Jökulsárlón was enveloped in the Vatnajökull National Park, thus it is now fully protected by Icelandic law.

Because of the wealth of herring and capelin that the tides bring into the lagoon, Jökulsárlón is somewhat of a hot spot for Iceland’s wildlife.

Seals can be reliably spotted here throughout the year, swimming amongst or else hauling out on the icebergs. Jökulsárlón provides them with a safe haven to rest and socialize, especially considering the waters of southeast Iceland are renowned for their population of orcas.