Ríf is a tiny settlement on the northern shore of the Snæfellsnes Peninsula.

Like many of the villages on the Snæfellsnes Peninsula, Ríf has changed a lot throughout its history. Settled early, it was once a rather significant fishing village and trading post; in the 1600s, however, it was all but wiped out by a wave of smallpox.

In spite of the fact that it recovered in the following centuries, Ríf lost the majority of its population again during the Industrial Revolution as industry moved to larger towns.

As such, it has been combined with a settlement just two kilometres away, Hellissandur; though both are geographically separate hamlets, it is more common to hear ‘Hellissandur and Ríf’ than to hear them spoken of individually. Combined, there are just over 500 people living between them.

Hellissandur is best known for its maritime museum, with 19th Century relics, whereas Ríf is home to 'The Freezer', a hostel, music venue and theatre space.

Both sit right on the cusp of one of the three National Parks of Iceland, Snæfellsjökull. Named after its twin-peaked subglacial volcano, this reserve is a wonderland of lava fields, caves and spectacular coastlines. Snæfellsjökull itself inspired the Jules Verne novel, ‘Journey to the Centre of the Earth’, where it was featured as the gateway into a subterranean fantasy world.

The area between Hellissandur and Ríf is renowned as a birdwatcher’s paradise, largely due to the fact that it is a nesting ground for Arctic Terns. While these colonies are impressive to admire, caution must be shown around them, not just to protect the eggs but because Arctic Terns are notorious for divebombing the heads of those who get too close.

Ríf is located on Route 574, which encircles Snæfellsjökull glacier. To reach it from Reykjavík, travel north along Route 1, before turning onto Route 54 at Borgarnes. This road goes along the southern shore of the Snæfellsnes Peninsula, and if you follow it, you will see Ríf signposted.

En route, be sure to make the most of ‘Iceland in Miniature’, a nickname the peninsula has more than earnt. You will pass sites as diverse as the Gerðuberg cliffs, the mountainside gorge of Rauðfeldsgjá, the seal watching haven of Ytri Tunga beach, and the basalt fortress of Lóndrangar. 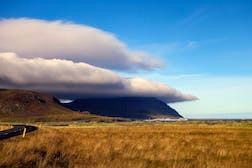 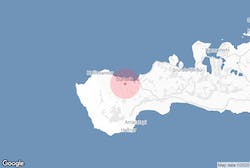 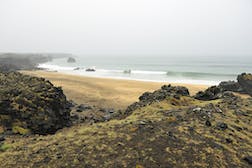 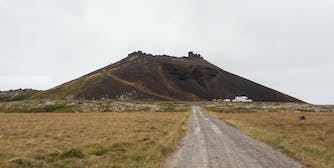