Gullfoss (translated to ‘Golden Falls’) is one of Iceland’s most iconic and beloved waterfalls, found in the Hvítá river canyon in south-west Iceland.

In the summer, approximately 140 cubic metres (459 cubic feet) of water surges down the waterfall every second, whilst in winter that number drops to around 109 cubic metres (358 cubic feet). With such energy, visitors should not be surprised to find themselves drenched by the waterfall’s mighty spray. 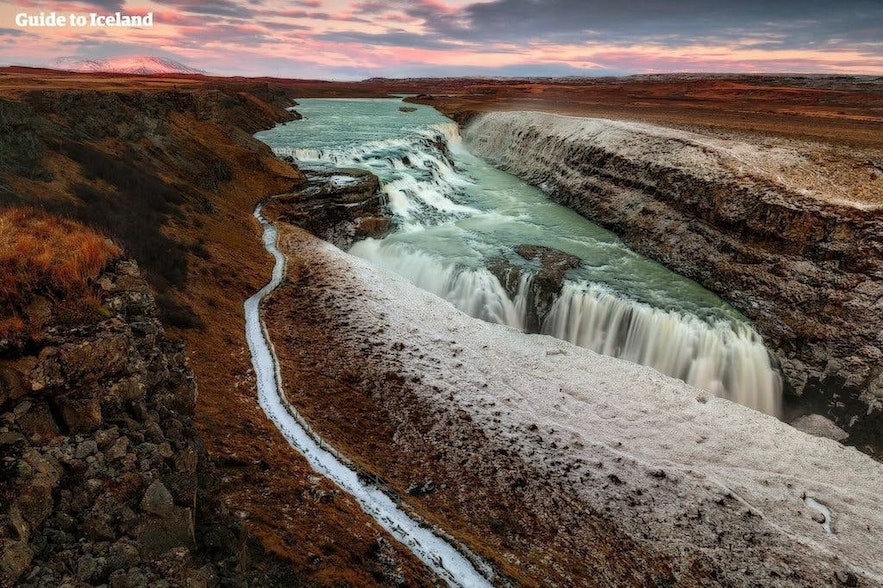 Interestingly, the lawyer who assisted Sigríður, Sveinn Björnsson, went on to go down in history too; he became the first president of Iceland in 1944.