Borgarvirki is a volcanic plug in north Iceland that historically has been used as a fortress. 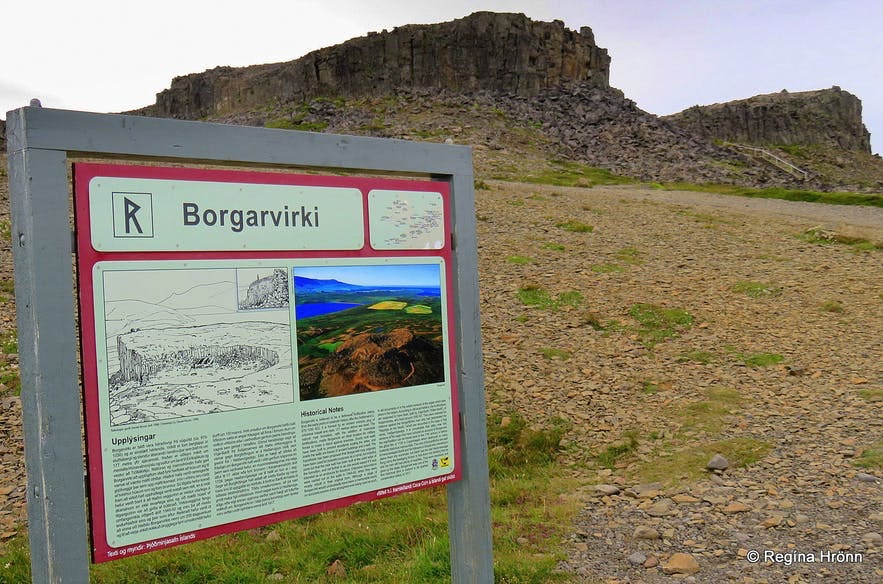