Tindfjöll is a mountain ridge that runs south from the glacier and volcano Tindfjallajökull. It was formed in an eruption 54,000 years ago.

Tindfjöll is located in the south-west of the Icelandic highlands, close to settlements such as Reykholt and Fluðir, and attractions such as Gullfoss waterfall. The tallest mountain in the range is simply called 'the Peak' and stands at 1251 metres (4104 feet). Tindfjöll translates directly to 'Peak Mountains'.

'The Peak' is still not as tall as Tindafjallajökull itself, the highest point of which is 1462 metres. This summit is named Ýmir, after the giant from Old Norse Mythology whose death created the earth and heavens. 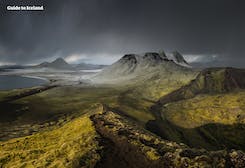 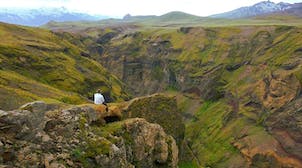 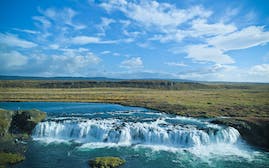 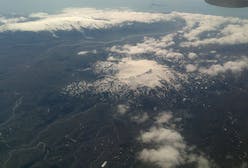