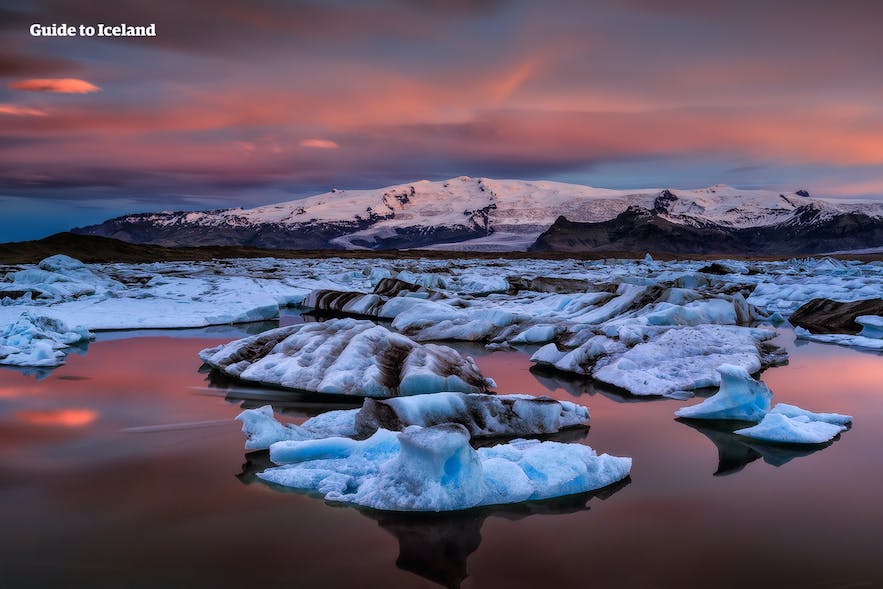 Breiðamerkurjökull is the glacial tongue that extends from southern Vatnajökull and into the glacier lagoon Jökulsárlón, creating the icebergs that define this beautiful landmark.

Breiðamerkurjökull is constantly retreating, breaking and melting, causing the Jökulsárlón glacier lagoon to increase in size; it is less than a century old, but already the deepest lake in Iceland.

This glacier tongue provides the lagoon with all of its enormous icebergs, which perpetually break from off its tip and tumble into the waters. Here they float for about five years until they are small enough to make their way towards sea. When they finally do escape the lagoon, most join the countless smaller ice chunks that adorn the nearby Diamond Beach.

Breiðamerkurjökull is beset with enormous cracks and crevices, and since it's virtually impossible to tell exactly when the next big block of ice will break from it, people should admire this enormous glacier tongue from a great distance.