Þórlakshöfn is the main town of the Öfus district in South Iceland, located on the South Shore. It has a population of about 1,400 people and is a main port for South Iceland. It is important as a connecting point with the Westman Islands.

Þórlakshöfn has an excellent natural harbour; it is, in fact, the only fishing town on the South Coast that can be said to have a natural harbour, and the only one to accommodate modern ships and ferries, excluding villages on the Reykjanes Peninsula.

There is a newly constructed harbour called Landeyjarhöfn further along the south shore, opposite the Westman Islands, but that harbour is still in an experimental stage and its future use is unclear.

A ferry goes from the town to the Westman Islands. In 1973, the whole population of Heimaey, the only one of the islands that's habited, evacuated to Þórlakshöfn following the eruption of Eldfell in the island.

Many of the evacuees settled in Þórlakshöfn afterwards, while others returned to the island.

There are rich fishing grounds off the Þórlakshöfn shore and fishing is an important part of the town's economy.

As is common with Icelandic shores, a number of seabirds may be found in the area around Þórlakshöfn, such as arctic terns, skuas, and blackbacks. To find puffins, one should either head to the Westman Islands or the Dyrhólaey cliffs.

The coast around Þórlakshöfn, and indeed the whole of the South Shore of Iceland, has incredibly impressive breaker waves, and may reach as high as 25 metres (82 feet). Other ideal places to watch the breakers include Stokkseyri and Eyrarbakki.

The town is one of the few settlements that visitors will pass as they head towards the natural sites of the South Coast of Iceland. This is one of the country’s most popular sightseeing routes, along with the Golden Circle, boasting waterfalls, glaciers, volcanoes, beaches and cultural attractions. 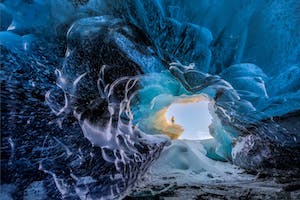 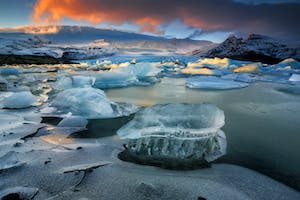 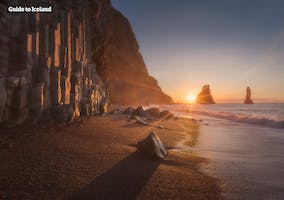