The Gufufoss waterfall is the largest in Seydisfjordur fjord, located in the beautiful East Fjords of East Iceland.

The waterfall's location in East Iceland is near various attractions, allowing travelers to enjoy more than the waterfall during their tours. Those tours include a Tour of Eastfjords from Seydisfjordur and a Highlands Circle Tour. There's also a Self Drive Tour of the Ring Road and Golden Circle for those who plan to rent a car and stop by this beautiful waterfall.

The beautiful Gufufoss is the largest waterfall in Seydisfjordur, an Icelandic fjord. It is famous for its similarity with another popular waterfall in Iceland, the Skogafoss. However, despite the comparison, the Gufufoss waterfall remains a magnificent fixture in its own right in East Iceland.

Photo from Wikimedia, Creative Commons, by Sheik Izham. No edits made.

The waterfall is approximately 88 feet (27 meters) tall, and tourists have claimed that this east-facing waterfall is best viewed during sunrise. It is also one of the waterfalls in the Fjardara river, a popular fishing spot in the region.

Despite its enormous size, it is smaller than other waterfalls in Iceland, such as the Gullfoss waterfall and Seljalandsfoss waterfall.

Gufufoss waterfall, which means steam waterfall, earned its name because of the heavy mists it creates that rise from the cliffside basin where it is located. Travelers passing by the waterfall may even see a rainbow illusion cast by the waterfall's mist on a sunny day. Moreover, the steam it creates gives the waterfall a mysterious, almost magical appearance.

During the spring melt, travelers may witness Gufufoss at its most powerful as it cascades down the cliff. The sound it makes is like thunder approaching from a distance. Its falling water is strong enough to create water sprays that may soak those passing by.

In contrast to the mighty water drop of Gufufoss that comes with the thawing season, the waterfall shrinks to about two-thirds of its usual size in the autumn.

During this time, Gufufoss may appear to the average observer like a typical waterfall. However, though its waters have gentled, the trade-off is that the mists obscure this beautiful landscape less.

Away from the Crowds

Gufufoss waterfall is often not crowded compared to other famous waterfalls in Iceland, such as Gullfoss, Seljalandsfoss, and Skogafoss. This particular waterfall is also part of East Iceland, one of the least visited regions in Iceland, only due to its distance from Reykjavik. As a result, its nature remains almost untouched, preserving its natural beauty.

Gufufoss waterfall is located in the East Fjords, where the human population is not that big. The nearest town to the attraction, Seydisfjordur, has only around 670 people. For people who want to escape the hustle and bustle of big cities like Reykjavik and Keflavik, this makes East Iceland and Gufufoss waterfall an excellent place to visit.

Places of Interest Near Gufufoss Waterfall

Travelers on a group or a self-drive tour can explore other places near Gufufoss, including other waterfalls, canyons, mountains, and even the two towns near it.

At Egilsstadir, travelers can check out the East Iceland Heritage Museum, which has been around since the 1940s. Meanwhile, at Seydisfjordur, you may visit its famous rainbow road, which leads to another famous landmark, the blue Seydisfjordur church.

Aside from Gufufoss, there are other waterfalls worth checking out in East Iceland. The first one is the Fardagafoss waterfall, only 11.8 miles (18.9 kilometers) east of Gufufoss. Another waterfall, Klifbrekkufossar, is only 29.5 miles (47.4 kilometers) to its south.

For canyons, there's the beautiful Studlagil canyon, another East Iceland gem. It is famous for its impressive basalt rock columns and blue-green glacial river. The canyon is 58.9 miles (94.9 kilometers) west of Gufufoss waterfall. 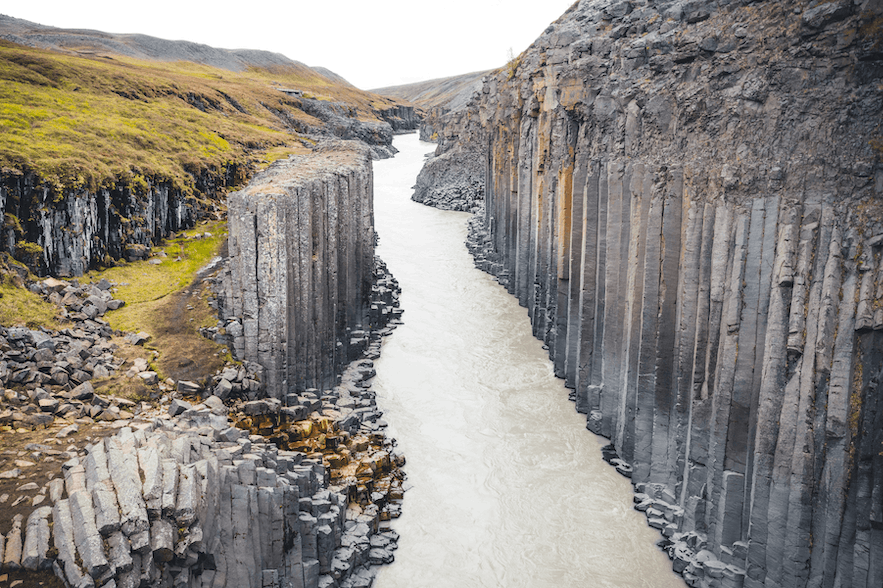 To the south is the Snaefell mountain, which should not be confused with West Iceland's Snaefellsnes Peninsula. Snaefell is the biggest freestanding mountain in the country, standing at 6,014 feet (1,833 meters) tall. The mountain is 71.6 miles (115 kilometers) away from Gufufoss.

Travelers can marvel at the beauty and magnificence of the Gufufoss waterfall. Aside from that, other activities they can do include hiking or trekking and going on a picnic.

It's possible to explore more of the waterfall and its surroundings through a thin trail, near the Gufufoss parking lot, just off the road. The path allows travelers to hike to the top of the cliff to see the top of the East Icelandic waterfall. It can also lead travelers to other smaller waterfalls nearby.

Another activity to enjoy while visiting the area is picnicking. Travelers who want a break, especially away from the crowds, can stop by the falls and enjoy this peaceful activity.

How to Get to Gufufoss Waterfall 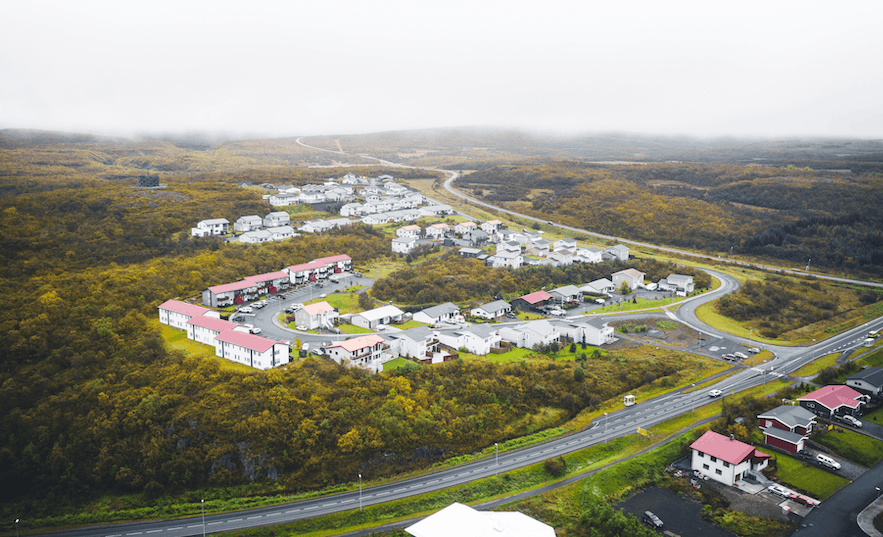 The best and easiest way to visit Gufufoss is by driving a car. Most towns and cities in Iceland, especially Reykjavik, offer car rental services for travelers.

Travelers on a road trip planning to visit Gufufoss can go there via the road from Egilsstadir town, which is 46 miles (23.5 kilometers) away. The waterfall is only accessible by car due to its proximity to the road, where travelers can marvel at its magnificence.

Travelers can also join tours that explore East Iceland and the East Fjords, where the Gufufoss waterfall is located. Many Ring Road tours, for example, allow travelers to explore different parts of Iceland, including East Iceland.

Another way to visit the beautiful waterfall is by plane. Those from another country can ride a plane to the Keflavik International Airport. Upon landing in Keflavik, travelers can ride a connecting bus to the Reykjavik domestic airport and catch a plane to Egilsstadir airport. From the airport, travelers can join a tour that passes by Gufufoss or rent a car from Egilsstadir.