Ingolfstorg square is one of the busiest plazas in downtown Reykjavik famous for its shops, events, and winter festivities.

With its convenient location in the downtown area and friendly pedestrian streets, Ingolfstorg square is one of the best places to experience Iceland’s rich culture and warm community.

Ingolfstorg, also known as Ingolfur square, is a small urban space in the city center of Reykjavik, the capital of Iceland. It sits at the end of the scenic pedestrian street of Austurstraeti and is surrounded by Veltusund, Adalstraeti, Veltusund, and Vallastraeti.

This Icelandic plaza is a go-to place for locals and tourists who love shopping or food tasting. Its central location gives you access to many shops, bars, and restaurants offering different brands and cuisines.

Ingolfstorg square is also ideal for community gatherings because of its open spaces, benches, and walkable surrounding streets. In addition, the court regularly hosts cultural events, festivities, and sometimes sports plays like skateboarding. The area becomes busiest during winter in time for the Christmas season.

To reach this cultural attraction in Reykjavik, you can go on foot or ride the bus. Ingolfur square is easily accessible by public transportation because of the many bus stations in the downtown area. For example, Hofsvallagata and Laekjartorg bus stops are just a few-minute walk to Ingolfstorg.

Ingolfstorg square got its name from Ingolfur Arnarson, the first permanent settler of Iceland. Historians believe that Ingolfur settled and lived in this area in 870 AD and was the one who gave Reykjavik its name, although the city was officially founded not until 1786.

Before it became a popular public gathering place, a car park and a famous Icelandic hotel used to stand in Ingolfstorg. Unfortunately, the building burned down in the 1940s, and the plot of land cleared by the fire became a meeting place for locals years later. Soon after, it was officially called Ingolfstorg square.

Adalstraeti, the oldest street in Reykjavik, is located west of Ingolfstorg square. This street serves as the starting point for all street numbers in Reykjavik, signifying that the higher the number is, the further you are away from Ingolfstorg.

Things to Do in Ingolfstorg Square

Shopping and Dining in Ingolfur Square to Downtown Reykjavik

With its excellent location in the heart of the city and proximity to the Laugavegur shopping district, Ingolfur square is an ideal starting point for finding the best shops and restaurants in Iceland.

Some of the nearest top-rated food places in Ingolfstorg include 101 Bistro, Fish Market, Saeta Svinid Gastropub, Hlollabatar, and Mandi. These restaurants offer tasty meals featuring a diverse menu of seafood, meat, brunch, appetizers, and more. They also come from cuisines like Icelandic, Middle Eastern, and Japanese.

There’s also a place for night owls in Ingolfstorg because there are bars and clubs in the Austursraeti strip. The English Pub, the Drunk Rabbit, and other bars are open to serve alcoholic and non-alcoholic beverages from early afternoon to after midnight.

Meanwhile, if you’re looking for international clothing brands, local shops, and specialty stores, you’re just in the right place. All streets surrounding Ingolfstorg until Laugavegur main street feature a great selection of shops, whether you want to buy trinkets or more expensive items. 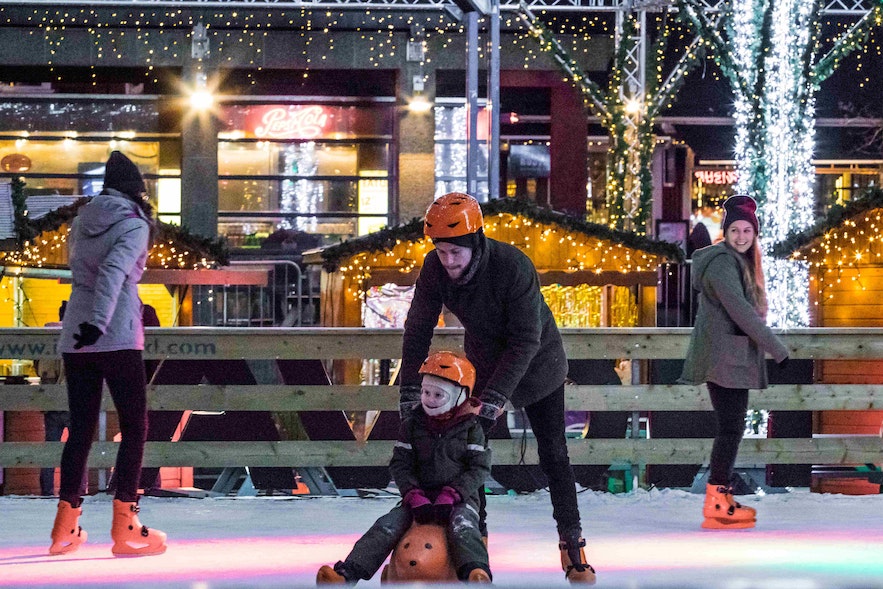 Christmas and Winter Festivities in Ingolfstorg

Many locals associate Ingolfstorg square with the winter and Christmas seasons.

A tradition of converting the area into a beautiful ice skating rink has been running since 2006. Anyone who wishes to skate in Ingolfur square may do so every December, as there is no admission fee to use the facility. Fortunately, if you don’t have skating gear and a helmet, you can rent on-site for an affordable price.

Apart from the ice skating rink, the city annually erects a Christmas village in Ingolfstorg and its neighboring streets. The area lights up in a festive mood with thousands of light bulbs and booths selling food and unique items.

Other Places to Visit in Reykjavik and Iceland

After enjoying the culture and amenities of Ingolfstorg, there are more places of interest to see in Reykjavik and nearby towns.

First to see is the Perlan museum, a glass dome standing on a forested hill in the city. Perlan has several interactive exhibitions on glaciers, aurora borealis, and the wildlife in Iceland that will thrill you. If you buy an admission ticket to Perlan museum, you can also get the best panoramic view of Reykjavik.

If you want a unique adventure and get a close encounter with the wildlife of Iceland, Faxafloi bay, famous for whale-watching tours, is just off the coast of Reykjavik. By joining tours like this two-hour whale-watching tour from Reykjavik or this six-hour combo tour of whale-watching and northern lights, you can get up close and personal with the gentle giants of the sea. 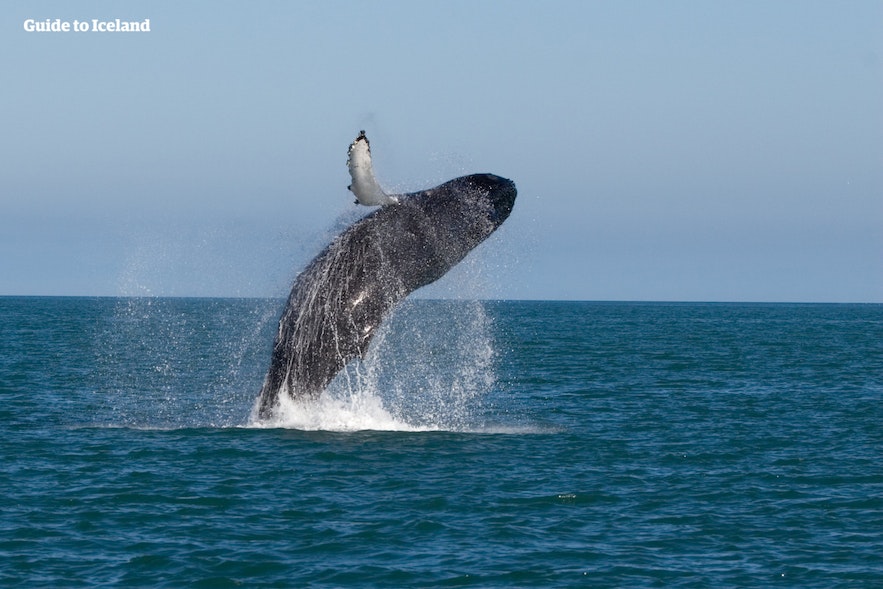 Finally, while in Iceland, don’t miss the opportunity to experience a geothermal bath at the Blue Lagoon. The world-famous geothermal spa is known for its mineral-rich milky blue waters that are excellent for some skin conditions. It’s also the ideal place to relax after a day or week of touring in the land of fire and ice.