Before you go out to shoot the northern lights it is important to be well dressed because you will need to stay out in the cold for some time and usually you don't have the opportunity to move around very much.

Besides all photographic gear it is also important to take with you  a head light. That is important for walking in the dark when you can't see the ground beneath you.

The mountain Skardsheidi in Hvalfjordur. Beautiful mountain and great foreground for northern lights. Hvalfjordur is not far from Reykjavík, it is only 45 min drive from the centre. 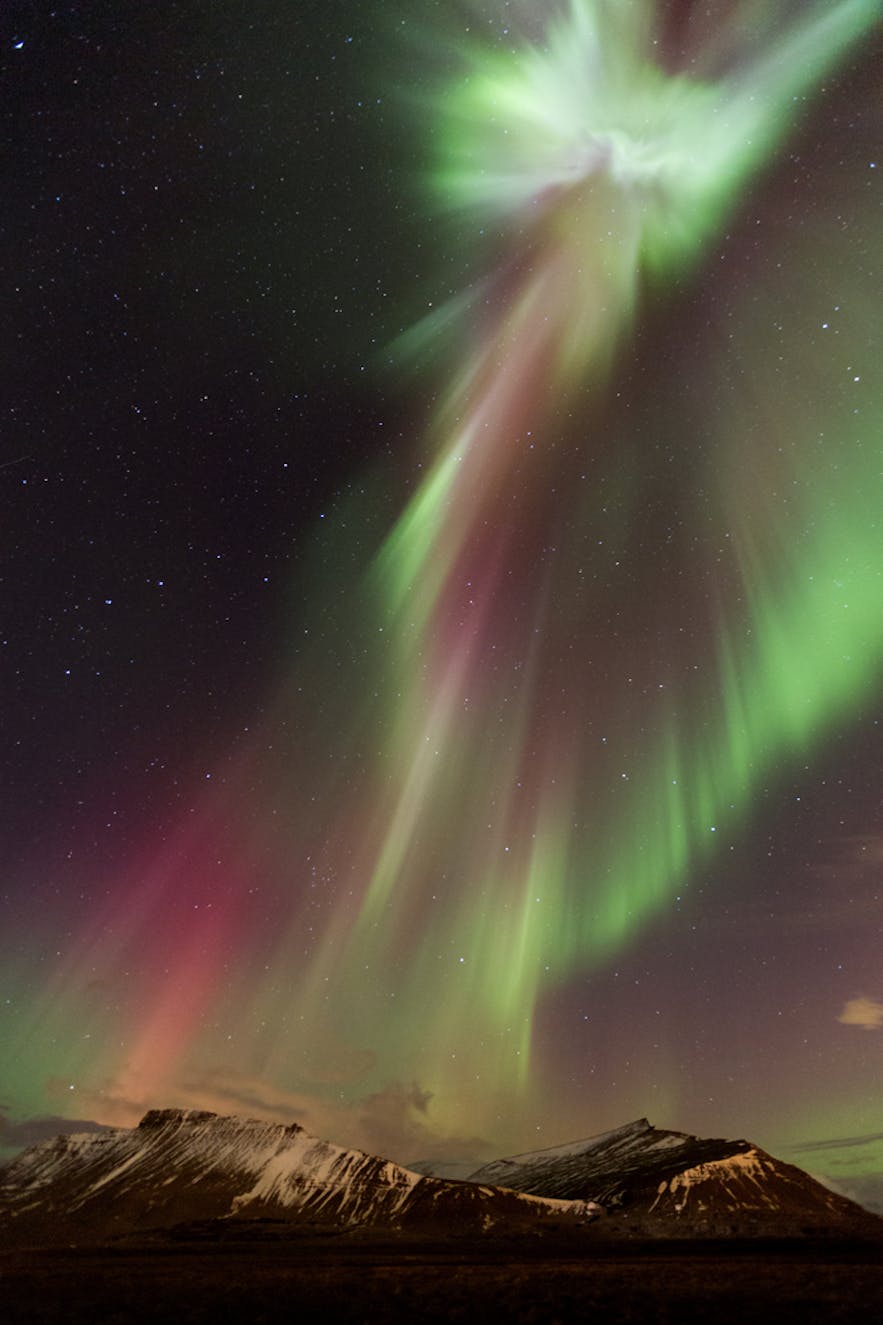 I usually try to take northern lights pictures at iso 3200 till 6400 and short time, to be able to catch the different colours and the dance.

The Daily Mail in UK published the picture earlier this year and connected the formation of the lights to Jesus Christ the Redeemer. By doing that the picture travelled all around the world and made it to newspapers and websites in all continents. 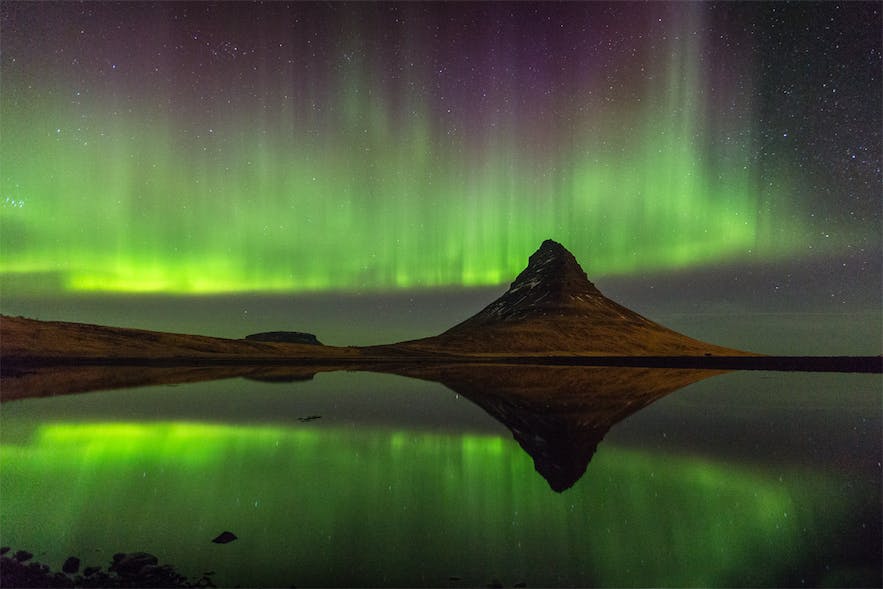 The magical mountain Kirkjufell in Snæfellsnes peninsula, the most photographed mountain in Iceland. This one was taken in end of March 2014. I used the lake to get the reflection of the northern lights. Driving straight to Kirkjufell from Reykjavik would take you 2 hours. 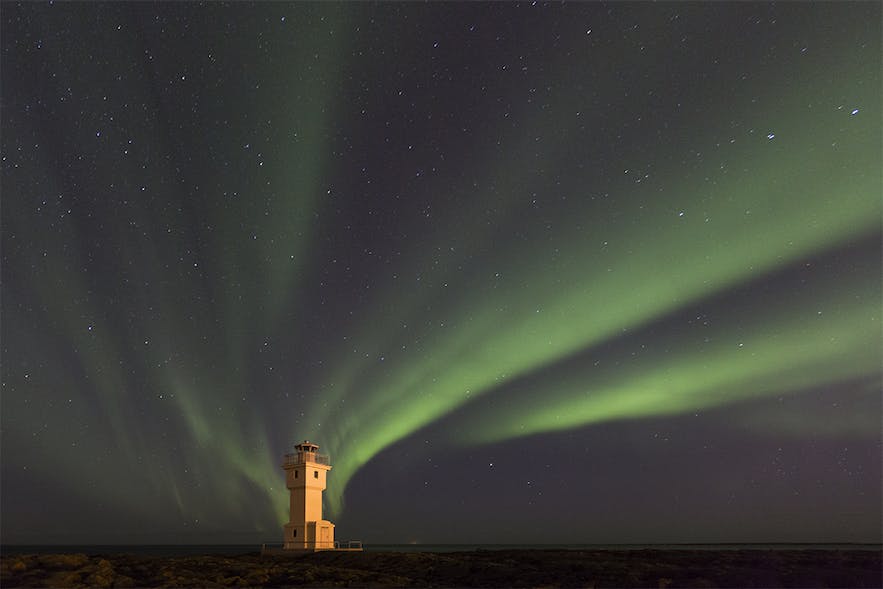 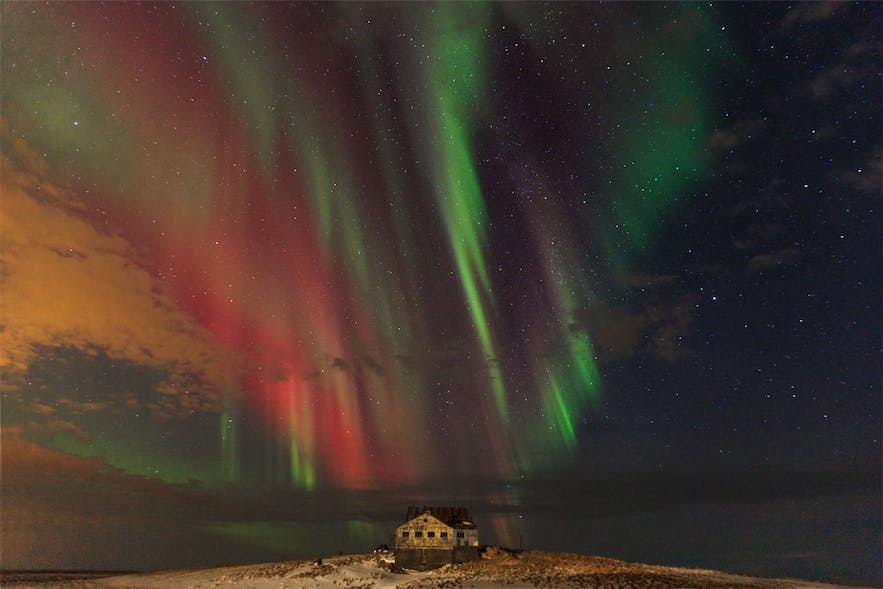 The abandoned farm "Fiskilækur" in Hvalfjordur. The Farm is close to the main road so it is easy to spot it. 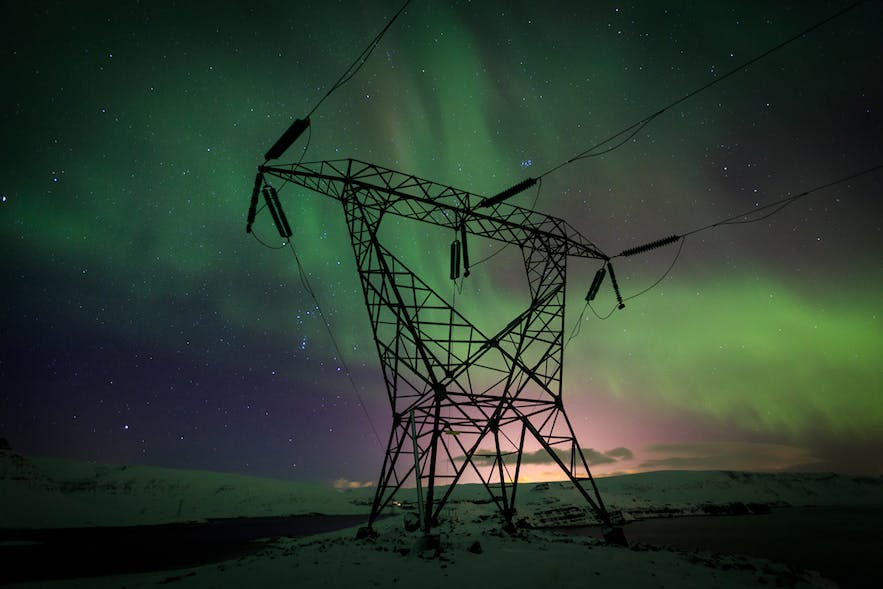 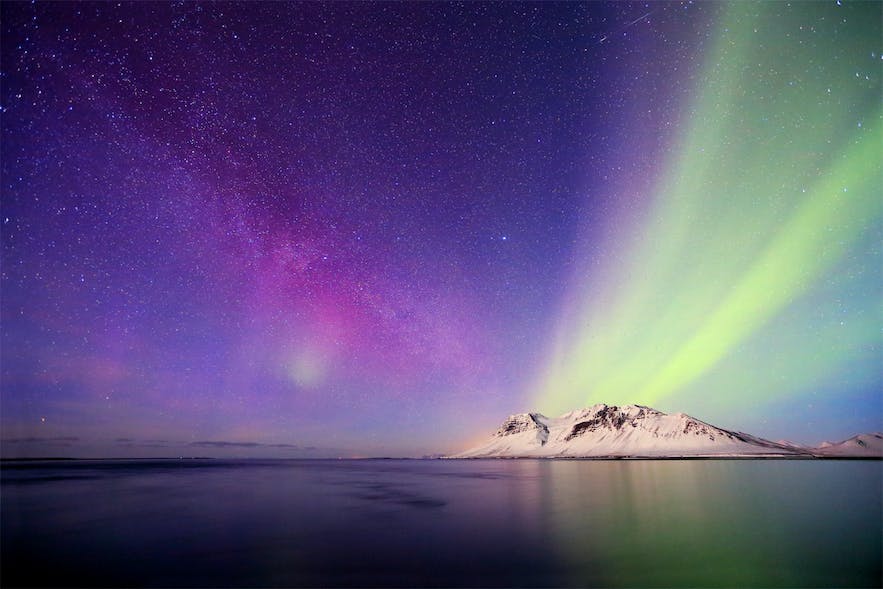 Kolgrafarfjordur at Snæfellsnes peninsula, northern lights and the milky way. The sea can be very still in the night, a great option for reflection. 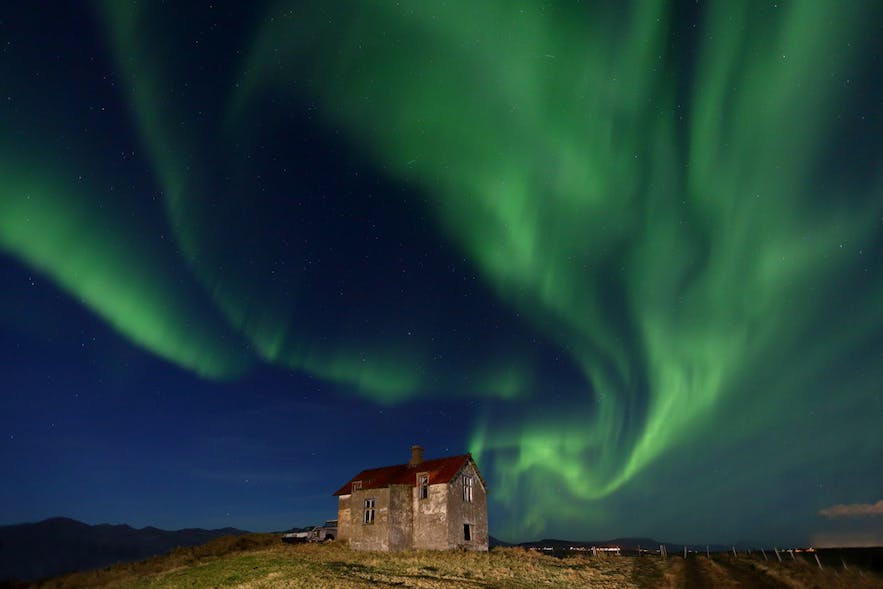 The abandoned farm "Arkarlækur" in Hvalfjordur. Here I used the light from my car to light up the house. Even though these abandoned houses can be spooky they are great for photography, specially as a foreground in northern light pictures. 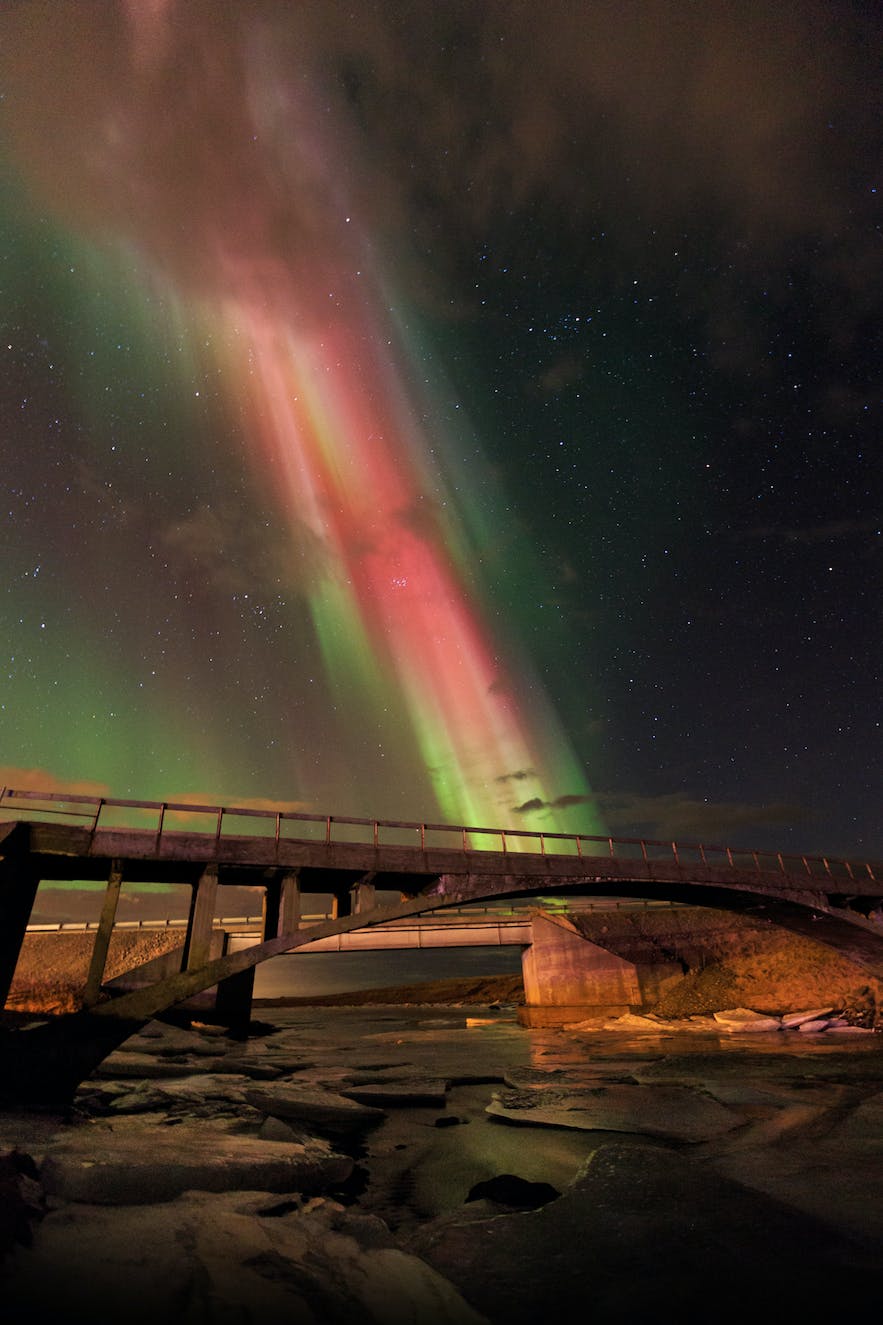 Here is also a scientific explanation of the Aurora Borealis if you are interested. An aurora is a natural light display in the sky, predominantly seen in the high latitude. Auroras are produced when the magnetosphere is sufficiently disturbed by the solar wind that the trajectories of charged particles in both solar wind and magnetospheric plasma, mainly in the form of electrons and protons, precipitate them into the upper atmosphere (thermosphere/exosphere), where their energy is lost.

The resulting ionization and excitation of atmospheric constituents emits light of varying colour and complexity. The form of the aurora, occurring within bands around both polar regions, is also dependent on the amount of acceleration imparted to the precipitating particles. Precipitating protons generally produce optical emissions as incident hydrogen atoms after gaining electrons from the atmosphere. Proton auroras are usually observed at lower latitudes. Different aspects of an aurora are elaborated in various sections below.