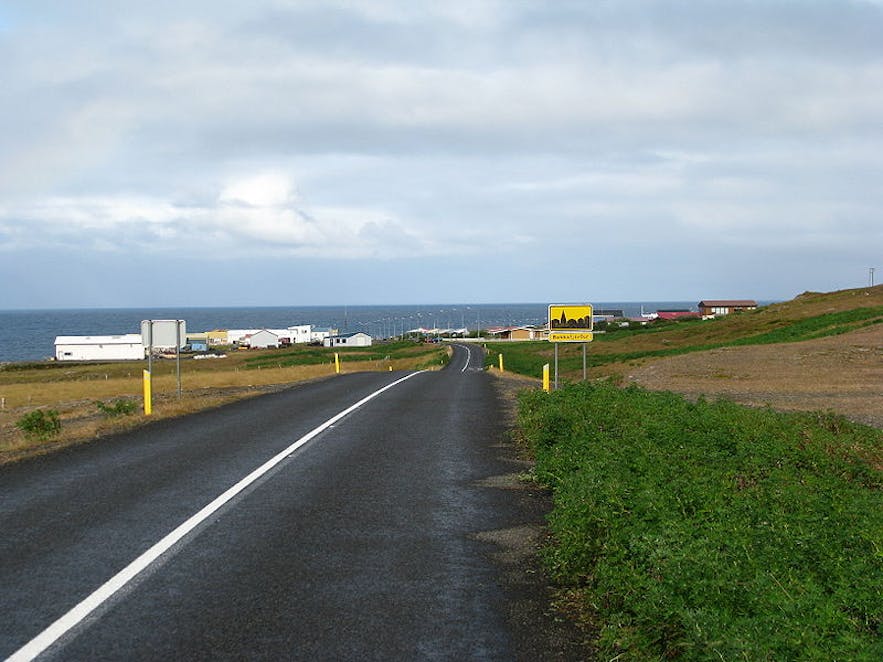 Bakkafjörður is a small village located in a fjord of the same name in north-east Iceland.

Like many settlements in the Eastfjords of Iceland, Bakkafjörður is a far-flung, tiny village; its year-round population is just 72. The closest settlement, Vopnafjörður, is over 30 kilometres away, whereas the only town in the region with wide-ranging services, Egilsstaðir, is 93 kilomteres away. It should be noted that even then, the quickest route to the ‘Capital of the East’ is over 131 kilometres.

In spite of its tiny population and remoteness, Bakkafjörður has a small airport, with regular flights to Reykjavík’s Domestic Airport, connecting the capital with the most distant reaches of the country.

Though tourism is an increasingly large industry, Bakkafjörður has very few facilities, with just a gas station and shop; the village still relies almost entirely on fishing and fish-processing for its economy. There is also a school for both primary and secondary age children, although it has under twenty pupils.

The fertile ocean waters of Bakkafjörður make sea-angling the most popular pastime for tourists in the area. Not only do such excursions provide opportunities for visitors to catch their dinner, but also a chance to marvel over the Eastfjords from the land, and to look out for seals, seabirds and whales.

Birdwatching is also possible from land, particularly in summer when the migratory species return to Iceland to nest. A hiking path from Bakkafjörður leads to the beautiful lake Álftavatn, where you can spot many freshwater species, and onto the nesting cliffs of Viðvíkurbjörg, where there are plenty of seabirds.

Though the village is tiny, Bakkafjörður does have one cultural feature with appeal to travellers; its wooden church is the oldest in east Iceland, having been built in 1845.

Unlike most settlements in Iceland, Bakkafjörður does not have a swimming pool. The nearest one is thirty kilometres south, Selárdalslaug.