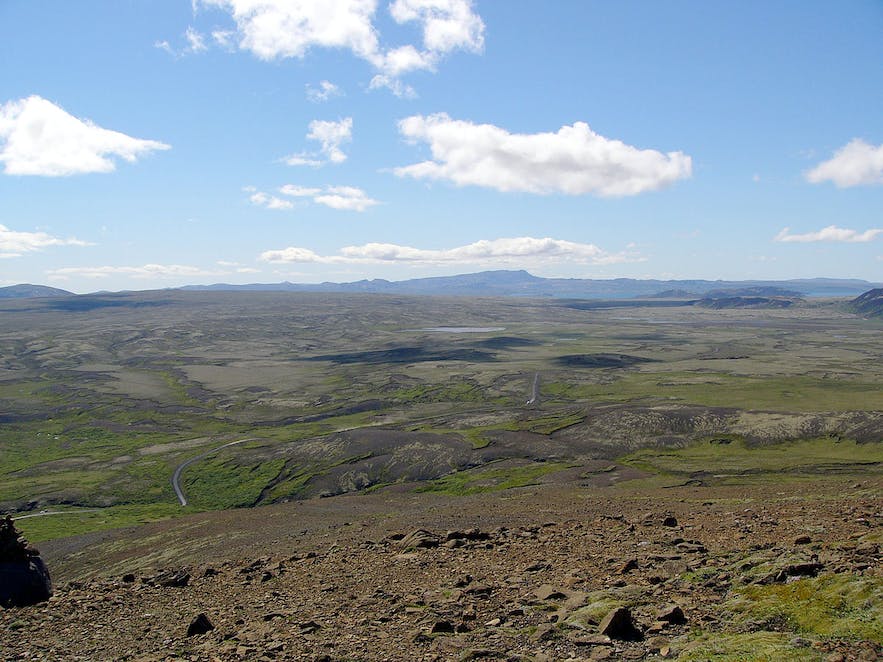 Lyngdalsheiði is a heathland in South Iceland, known for its numerous caves.

Located between Lake Laugarvatn and Þingvellir National Park, Lyngdalsheiði is geologically an exceptionally flat and gently sloping lava shield, believed to have been formed around 120,000 years ago during the last interglacial period.

For the arrival of King Frederick VIII of Denmark in 1904, a road was paved to the north of Lyngdalsheiði. The way was subsequently named Kóngsvegur or ‘King’s Road’. If you traverse that road, which today goes by the name of Lyngdalsvegur, you will find the heathland dotted with caves and grottos. These include:

The caves are hosted by the rock type hyaloclastite—or basaltic breccia. The caves are not only geologically exciting but historically famous, due to an outlaw-family having lived in them for some years early in the 20th Century.