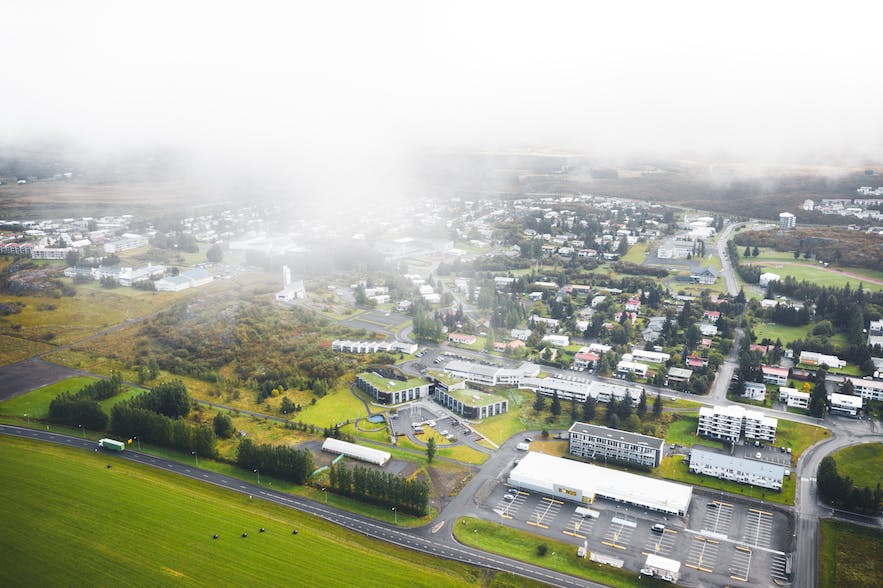 Egilsstaðir Airport is a domestic airport located in the capital of the East, Egilsstaðir.

Egilsstaðir Domestic Airport is a single runway airport; it is serviced almost entirely by Air Iceland Connect, which only has scheduled flights from here to Reykjavík. Occasionally there are routes to other cities, such as Copenhagen, Edinburgh and London, and flights to Iceland’s capital will be diverted here if needed.

There are four car rental options at the airport: Avis, Europcar, Hertz and Budget. Those who do not drive will find a taxi rank and a bus stop; Egilsstaðir Airport is just 2.5 kilometres from the centre of town, north on Route 1.

Many tour operators will pick guests up from the airport, and some self-drive packages and vacations involve flights to and from here.

Use of Egilsstaðir Domestic Airport

Egilsstaðir is on the far side of the country to Reykjavík; reaching it by car takes approximately eight hours if driving Route 1 from the North, and nine hours driving it from the South. As such, guests who do not drive, or have a limited time in the country, will find it much easier to fly if they want to reach east Iceland.

East Iceland is one of the least visited parts of the country, defined by the mountains and glaciers of Vatnajökull National Park and the spectacular Eastfjords along the coast. The region has a wealth of tiny villages, natural marvels and sites steeped in folklore and history, and its wildlife is unique and diverse. Migratory birds such as puffins nest in the cliffs throughout summer, its seas have a wealth of marine mammals, and it’s the only part of the country with wild reindeer.

The town of Egilsstaðir itself has all the amenities needed for travellers. It is also sat on the edge of one of the region’s attractions, Lake Lagarfljót, a fishing hot-spot and allegedly the home of a mythical wyrm. Just to its south is the country’s largest forest, Hallormstaðaskógar.