Grundarfoss waterfall is one of the tallest waterfalls in Iceland at 230 feet (70 meters), tucked away in the scenic Snaefellsnes Peninsula.

As a hidden and less-known attraction in West Iceland, travelers can only visit Grundarfoss through private and self-drive tours of the Snaefellsnes Peninsula. For example, you can include the waterfall in your itinerary on this 12-Hour Private Sightseeing Tour or this 10-Day Summer Self-Drive Tour with Snaefellsnes.

Most people consider the Grundarfoss waterfall a hidden treasure in Iceland, although you can see it from the road on a clear day. Some tourists dismiss it as a road waterfall, but its beauty is worthy of being explored up close.

The Westfjords of Iceland may be best known for its deep fjords and mountains, but there is more to see in the region, like the Grundarfoss waterfall.

Location of the West Iceland Waterfall

Grundarfoss waterfall nestles in the outskirts of the small fishing town of Grundarfjordur, just one mile (two kilometers) away. The waterfall is visible along Route 54 on the northern side of the Snaefellsnes Peninsula in the region of West Iceland.

Tourists and Icelanders can quickly locate the attraction because of its proximity to the town center and some other tourist spots in the area. In particular, the famous Kirkjufell mountain is visible from the waterfall on a cloudless day.

Grundarfoss is one of the thousands of waterfalls that make up the land of fire and ice. But it is one of the few tall enough for travelers to see even from a distance.

The river Grundara forms the Grundarfoss waterfall, plummeting off the edge of a towering cliff at 230 feet (70 meters). The nearby Snaefellsjokull glacier feeds the cold waters of the river and waterfall, cascading into an amphitheater bowl of rocks at the base.

The magnificent waterfall is among vast fields and plains of green foliage, with majestic mountains in the background. This setup creates a picturesque view that will satisfy every visitor’s craving for a breathtaking Icelandic experience.

How Visitors Experience the Snaefellsnes Attraction

The beauty of this Icelandic waterfall provides genuinely breathtaking views. You’ll be able to set up your photoshoot in the green fields and capture the entirety of the waterfall’s beauty.

Locals recommend visiting the waterfall on a bright, clear day to get the best experience. If you choose to go on a clear summer day, you’ll be able to get more time to experience and take in the waterfall, as the summer days are much longer than those of other seasons. 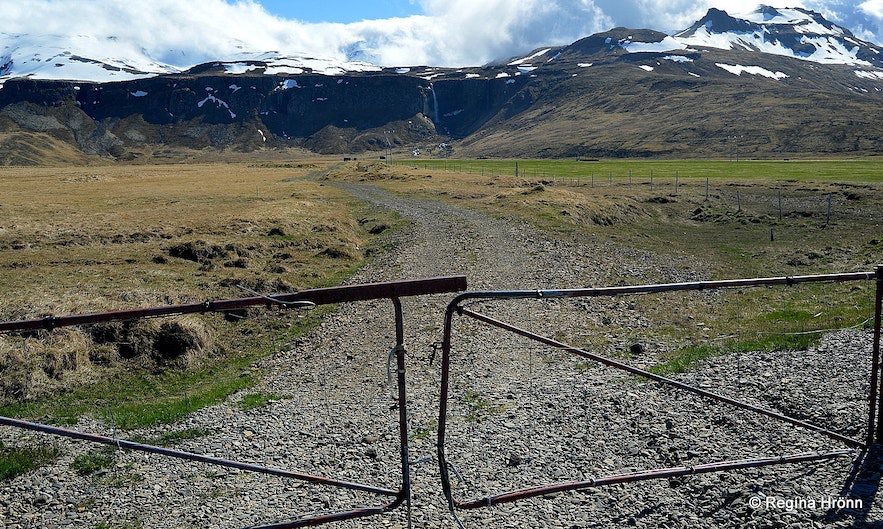 The waterfall is a hidden treasure and one of the best waterfalls in Iceland. So if you have the time and chance to make the trek to see it, you’ll be rewarded with an unforgettable view.

You will have to hike a few kilometers to get to the waterfall, which can take approximately 15 minutes. However, depending on your pace and how close you want to get to the base, it can take longer.

The beginning of the trail is flat, mainly gravel road, surrounded by grasses. As you get closer to the waterfall, the course becomes rocky with different climbing elevations.

Even though it is a short hike, it can be tricky. You will come across water and riverbanks that need crossing in some parts. So make sure you wear comfortable shoes.

As you take this short hike, ensure you’re careful, as some of the lands are private property. But fret not. A few signs throughout the trail will tell you where to walk to ensure you stay on the correct path.

You will see the beautiful, clear water against the scenery as you reach the waterfall. It is a view like no other so take some photos to commemorate this tremendous Icelandic experience.

How Can I Get to Grundarfoss Waterfall?

Traveling to the Icelandic waterfall is quite easy, even though it’s 109 miles (175 kilometers) away from the capital city, Reykjavik. The roads in the land of fire and ice are marked well and quick to navigate through GPS.

To find the waterfall from the ring road, travelers must traverse Road 59. From Road 59 in West Iceland, you’ll drive further to reach and pass through the small fishing town of Grundarfjordur to get to the majestic falls.

Afterward, you must take Road 54, where you’ll pass by Kverna farm, then turn right at the Grundarfoss sign. While on the road, you can already catch a glimpse of this attraction. You can then park your car in the lot right off the road.

Unfortunately, visitors can’t drive to the base of the waterfall. But you can definitely hike towards it for an even better Icelandic experience.

Meanwhile, if you’re already in the region exploring the Snaefellsjokull National Park, expect about an hour of drive to the waterfall covering approximately 36 miles (58 kilometers).

Is There Anything Else Near Grundarfoss Waterfall?

The great thing about Grundarfoss waterfall is that it is near some famous attractions in the Snaefellsnes Peninsula. Before or after visiting these more popular Icelandic landscapes, a trip to the waterfall is an excellent option.

The waterfall is about a kilometer away from another beautiful waterfall called Kvernarfoss waterfall (not to be confused with the Kvernufoss waterfall on the South Coast). It is another place you don’t want to miss, as you can see it partially from Grundarfoss. 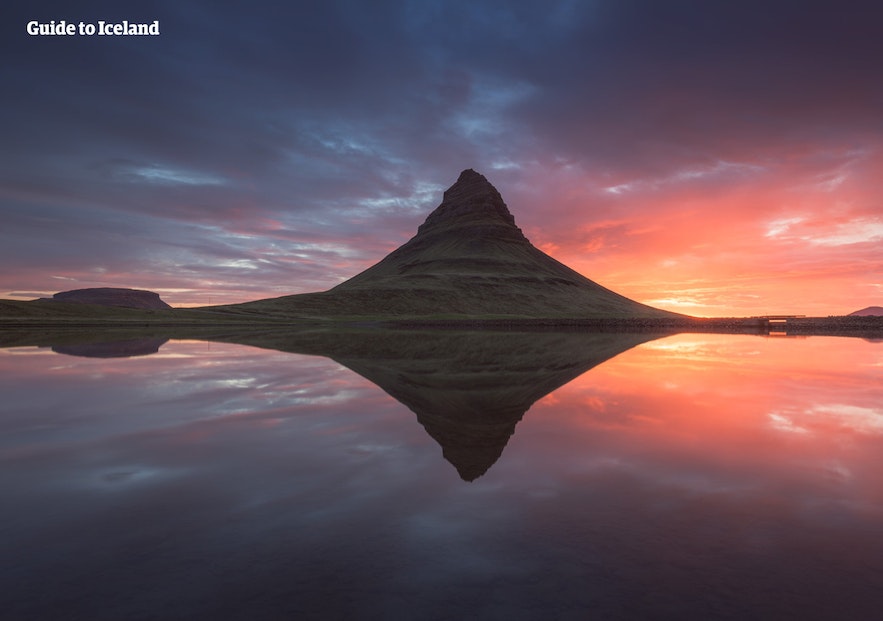 Also nearby is the famous Mount Kirkjufell which sits above the town of Grundarfjordur. Some magazines and websites list Mount Kirkjufell as one of the world’s most beautiful and famous mountains. This is thanks in part to being featured in the blockbuster show Game of Thrones.

While visiting Mount Kirkjufell, you can take a 2-Hour Guided Kayaking Tour and have the opportunity to kayak beside the scenic geological wonder.

If not, you can opt for this 12-Hour Fishing Villages and Kirkjufell Tour, where you can explore the two-tiered Kirkjufellsfoss waterfall beside the mountain. While the waterfall isn’t as tall as Grundarfoss, it makes for an attractive photo opportunity with Mount Kirkjufell in the background.

Finally, you can also do a usual Snaefellsnes Day Tour where you can explore many attractions like Ytri Tunga beach, Djupalonssandur black beach, and the Londrangar basalt cliffs.