Dettifoss is a waterfall found in North Iceland, said to be the most powerful in Europe. It is regularly visited on Diamond Circle tours and should not be missed when visiting the region. 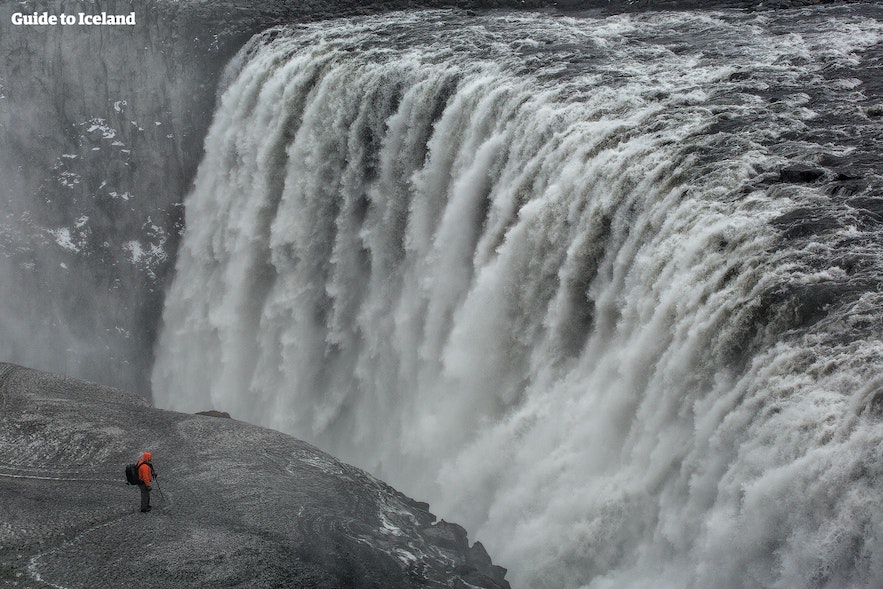 Dettifoss is fed by the powerful glacier river Jökulsá á Fjöllum which flows from the largest glacier in Europe, Vatnajökull. The thunderous fall has an average water flow of 193 meters cubed per second (6,186 cubic feet). It is 100 meters (330 feet) wide and plummets 45 meters (150 feet) down into Jökulsárgljúfur canyon. 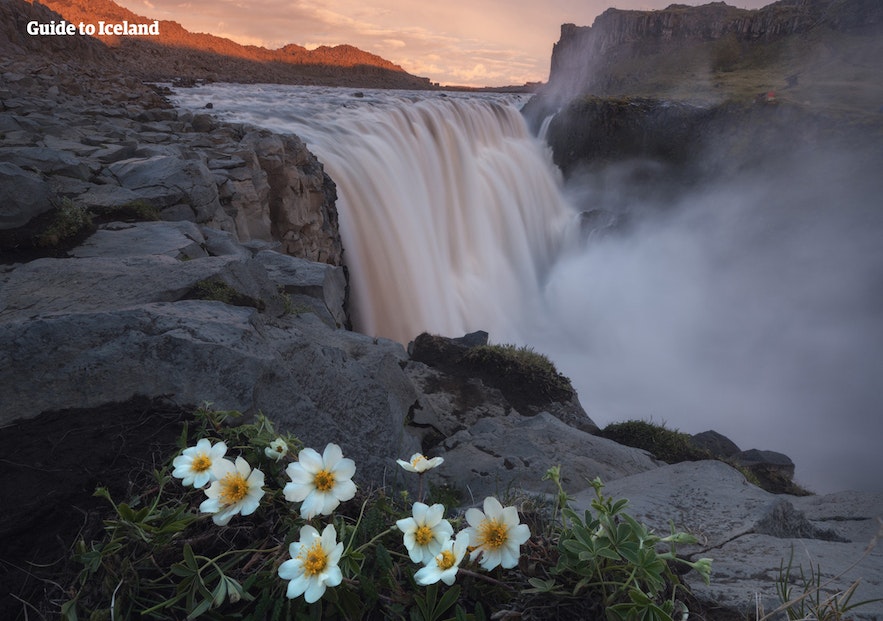 The most significant settlement near Dettifoss is the town of Akureyri, or ‘the Capital of the North'. With a population of close to twenty thousand, it is the largest town outside of the Greater Reykjavík Area. It is an excellent place to stop and rest for those visiting the North or encircling Iceland.

Another town of significance in the area is Húsavík, a coastal town that claims the title of the best whale watching town in all of Europe. In summer, operators usually have 100% success rates in terms of sightings. The most common species are humpback and minke whales, white-beaked dolphins, and harbor porpoises, although blue, fin, sei, beaked, pilot, beluga, and killer whales are seen on rare occasions.

Another waterfall sits on the Ring Road between Akureyri and Mývatn: Goðafoss. Though not as great as Dettifoss, its history is deeper; it was there in 1000 AD that Iceland’s lawspeaker symbolized the country’s shift from believing in the Old Norse Gods to believing in Christianity by throwing idols into the waterfall.