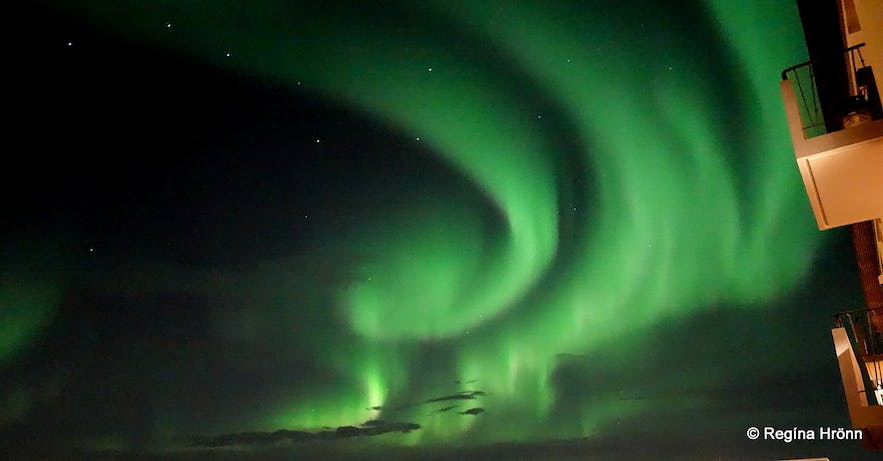 I am often asked if there will be Northern Lights tonight or in January, February etc - and at what time the lights will be on, but we locals honestly never know when they are going to show up. 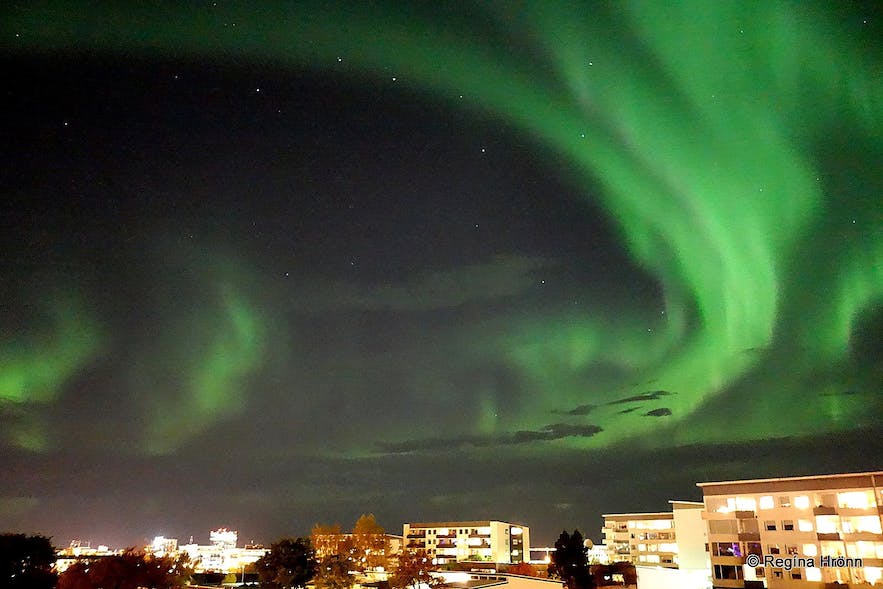 The Northern Lights can often be seen in the city and in spite of the light-pollution I often get to witness some fantastic Northern Lights show from my balcony here in Reykjavík.​ 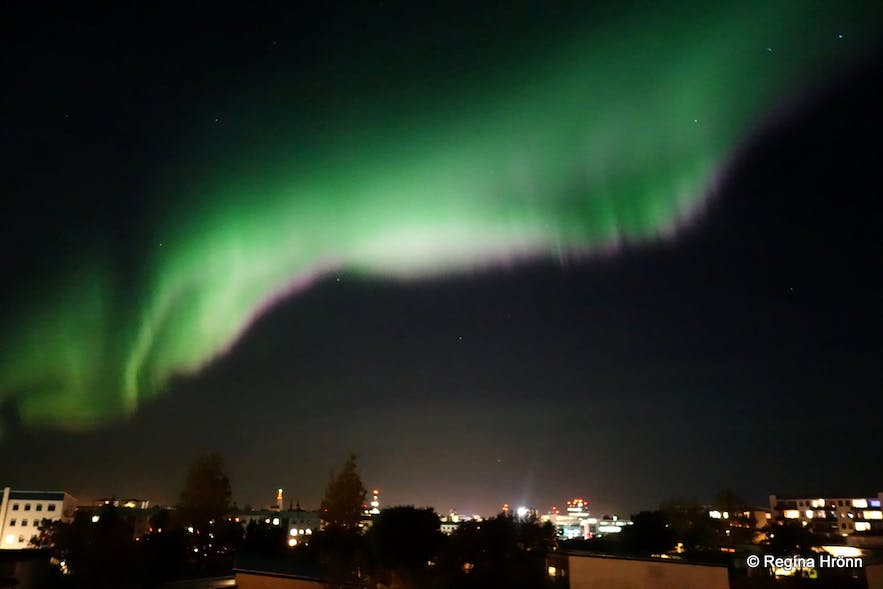 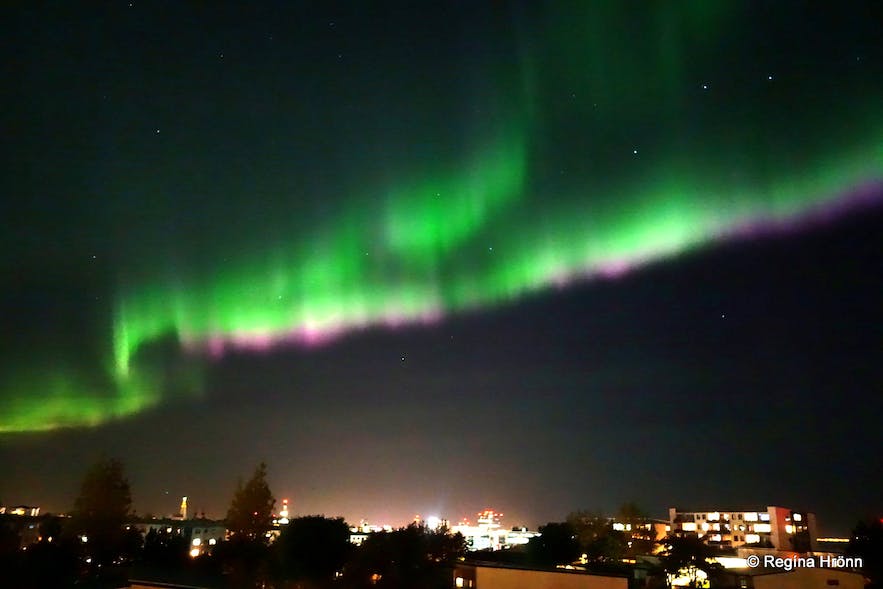 When I see a glimpse or the full show, I rush out with my small camera and take some photos and marvel at this extraordinary sight.

My photos are not at all professional, as I just go outside and take photos in a jiffy, without a tripod and the necessary preparations. But I add them here anyway to show you what the Northern Lights can look like in the city. 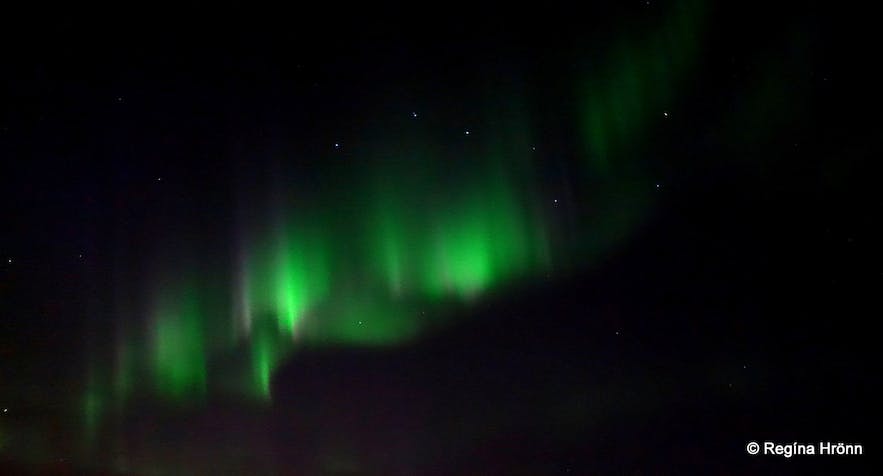 The photographer Iurie Belegurschi, has taken some very professional photos of the Northern Lights and offers many photography tours around Iceland, including a 9-day Photography Winter Workshop in North-Iceland. 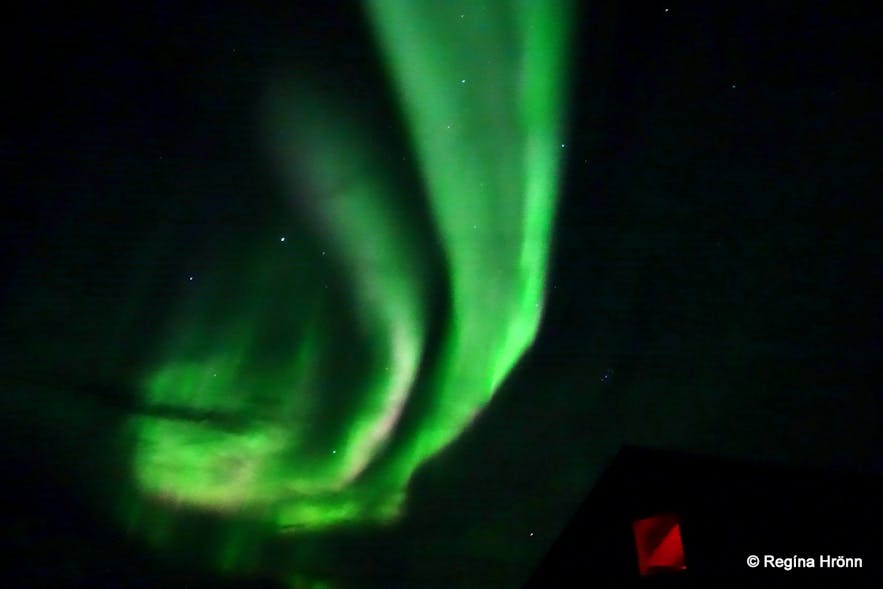 My husband's family owns a summer cottage in North-Iceland, in the amazing Mývatn area, and there, away from the light pollution of the city, I have seen the most magnificent and long-lasting Northern Lights, which I have ever witnessed in my life. 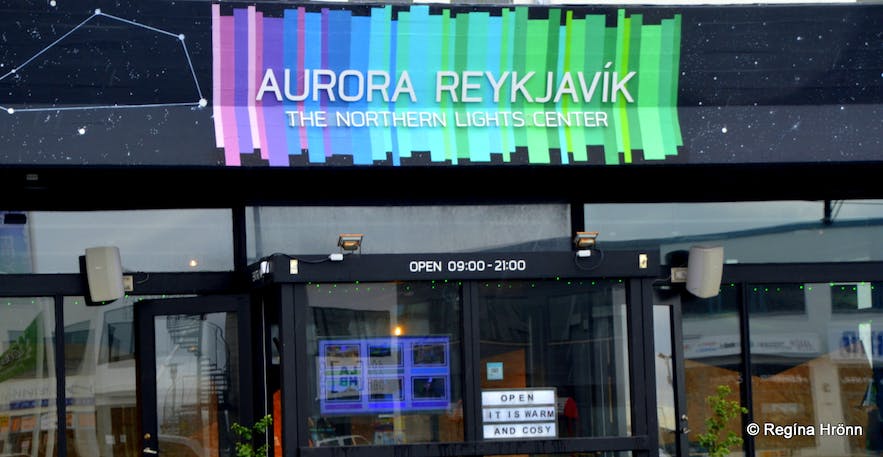 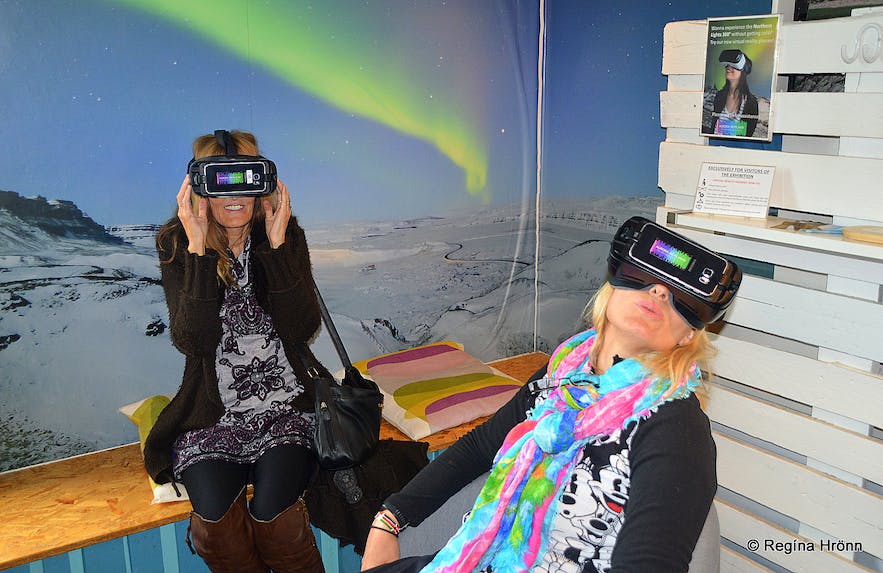 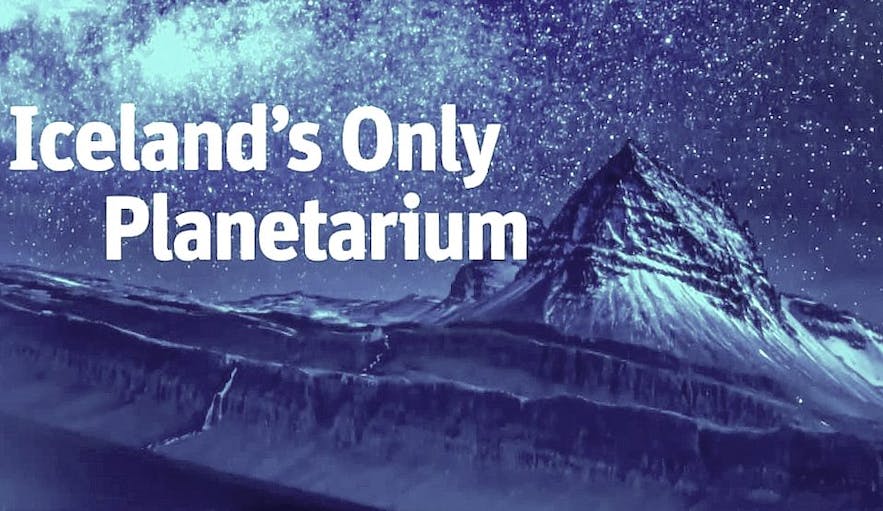 Another alternative is to visit the Planetarium at Perlan - the Pearl and watch a 20-minute-long show on Iceland bathed in Northern Lights. I visited the Planetarium for the first time yesterday (October 2019) 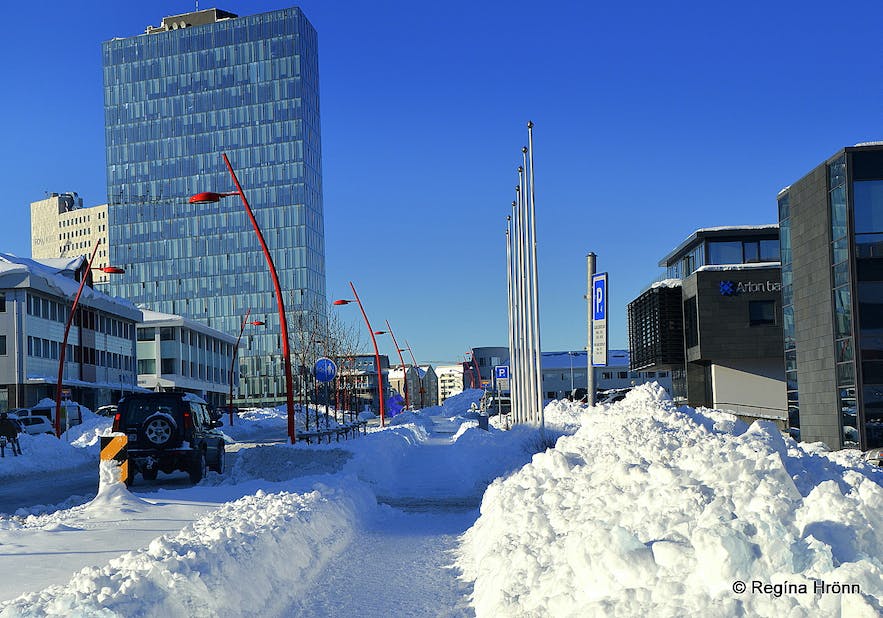 I have often been asked the question: "What will the weather be like in November, December, January etc?" That is difficult to answer, as the weather changes so much here in Iceland that we never know what to expect. 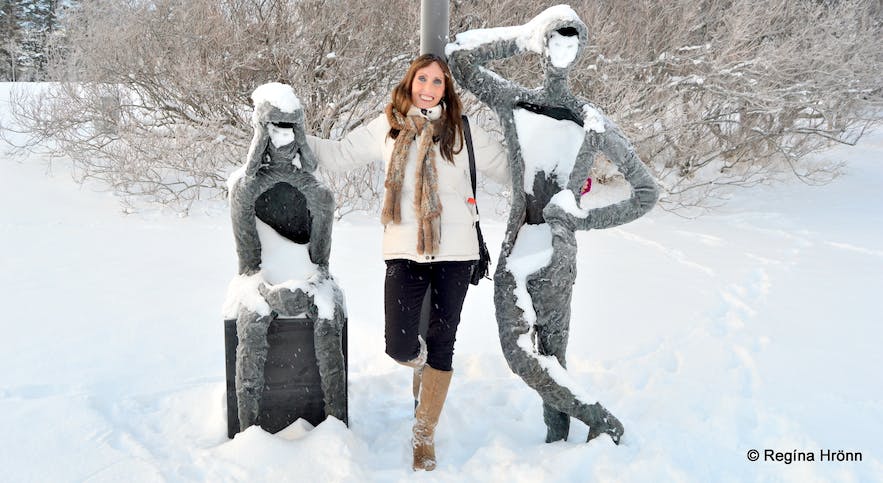 During your winter visit don't miss out on visiting the ice caves, they are absolutely amazing. We have ice caves in Breiðamerkurjökull glacier and the Katla ice cave by Vík, to name a few of them. 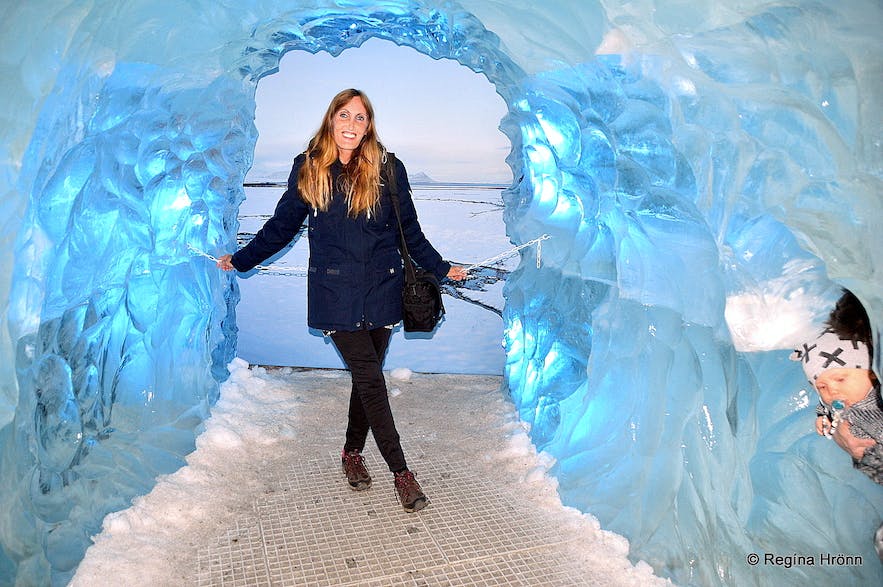 The Ice Cave in the Pearl

You can also visit an Ice Cave in Perlan - the Pearl if you don't have time to visit the ice caves in South-Iceland. The Ice Cave is 100 meters long and located inside one of the water tanks of the Pearl, one of the landmarks of Reykjavík.

Jökulsárlón Glacial Lagoon and the Ice Diamond Beach at Breiðamerkursandur is also a very popular destination and glacier hikes are always popular.

​If you are visiting Iceland in the wintertime and don't want to drive yourself, then check out the most popular winter tours:

All the other wonderful tours in Iceland

The Reykjavík pond in November

Have a wonderful winter visit in my country - I hope you get to experience some beautiful snow and see the Northern Lights :)