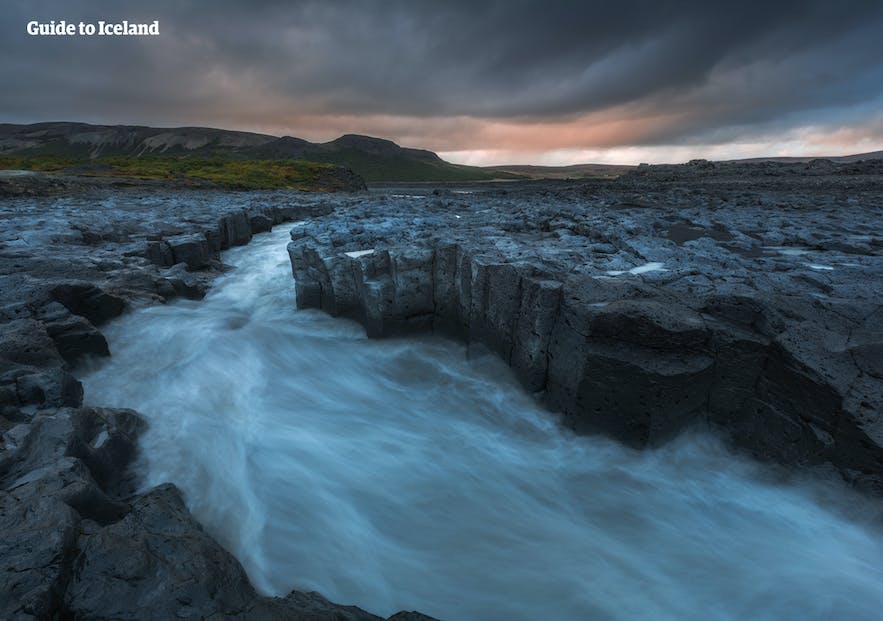 Húsafell is a large farm and church site in the Borgarfjörður district of West Iceland. With incredible natural beauty, it has been a popular resting spot for travellers since the earliest days of the country.

Húsafell is quite inland for an Icelandic settlement, made possible due to the fertile lands and relative lack of eruptions in the area. In spite of its distance from the coast, fishing has always been popular due to the trout lakes and salmon rivers within it.

A rectory once stood on the farm, gaining it fame as a location across the country when it was in its deepest religious throes, although all that remains now is a church.

The settlement was also well known for being somewhat of an oasis for weary travellers. Those travelling from regions such as the north, the Westfjords, and the Snæfellsnes Peninsula, on their way to and from Reykjavík or Þingvellir National Park, would often find that this was one of the very few places en route they could comfortably find refuge and food.

Due to Iceland’s harsh conditions, it became very taboo to turn down a houseguest, although to counter this, due to its scarcity of resources it was also taboo to stay longer than three days.

Húsafell gained a new reputation in the 19th Century when a colony of artists, including Jóhannes S. Kjarval, perhaps the country’s most important painter, lived and worked there. It has continued this tradition for art, with sculptor and musician Páll Guðmundsson being its most famous current resident.

Guðmundsson is best known for his carvings of stone faces, and for the stone harps he has created. He has played these alongside the internationally acclaimed Icelandic band, Sigur Ros.

Services and Features of Húsafell

Today, Húsafell is most popular and well-known as a camping location. There are many campsites, cabins, bungalows and holiday homes to be rented in the area, making it very popular amongst both locals and travellers. The old farmhouse, dating back to 1904, is also now a hotel.

Hiking is very popular, due to the beautiful birch forest of Húsafellsskógur; due to the fact that Húsafell is reasonably sheltered, the trees here can reach four metres (13 feet) tall, which is unusual in Iceland. Because of the force of the wind, Icelandic birch tends to form more like a gnarled bush.

This forest grows from a lava field, where geothermal pools can be found.

The dramatic mountain Tengil also provides many hiking opportunities; it was this mountain that named the area, with ‘húsa’ meaning home and ‘fell’ meaning ‘mountain’.

Húsafell is also blessed with its proximity to many incredible natural features of Iceland. Two of the most significant of these are the waterfalls Hraunfossar and Barnafoss, which are located right beside each other. Hraunfossar trickles in many tiny streams from a wide plateau of jagged lava rock, while Barnafoss rushes down a narrow valley with daunting force.

The highest flowing hot spring in Europe, Deildartunghver, is also found nearby.

For those seeking to explore the Snæfellsnes Peninsula or Westfjords, Húsafell provides a great location to spend the night before, putting you closer to both locations. 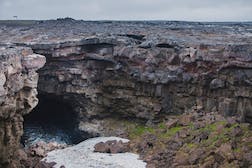 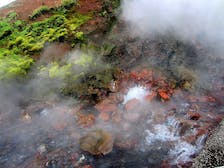 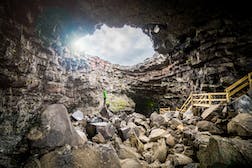