Hvannalindir is a vegetated area within Vatnajökull National Park in the Highlands of Iceland.

While the Icelandic Highlands mostly consist of barren wastelands, Hvannalindir is a lush oasis, nesting between Kreppyhryggur Ridge to the east and Lindafjöll mountains to the west.

Explore a wide range of tours of the Highlands of Iceland.

The reason for Hvannalindir’s greenery is that the area is fed by spring water from Lindá River that emerges from beneath the lava field of Lindahraun. The eruption of the lava is believed to have occurred just before the Settlement of Iceland, or approximately 1300 years ago.

A unique ecosystem in the middle of a desert, Hvannalindir sits at an altitude of 640 metres (2,000 feet) above sea level. 32 species of plants and 30 species of bird flourish in Hvannalindir, but its location and altitude mean the land is uninterrupted by grazing livestock. Hvannalindir got protected as a nature reserve in 1973 and is now part of Vatnajökull National Park. 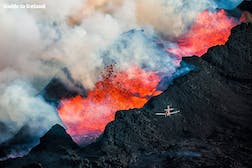 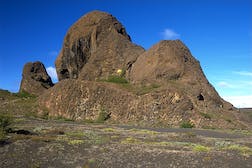 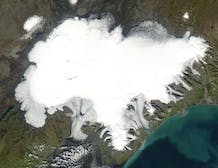 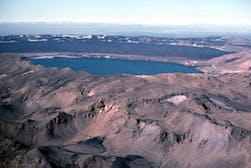 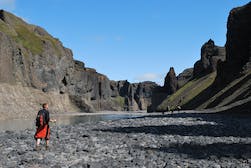