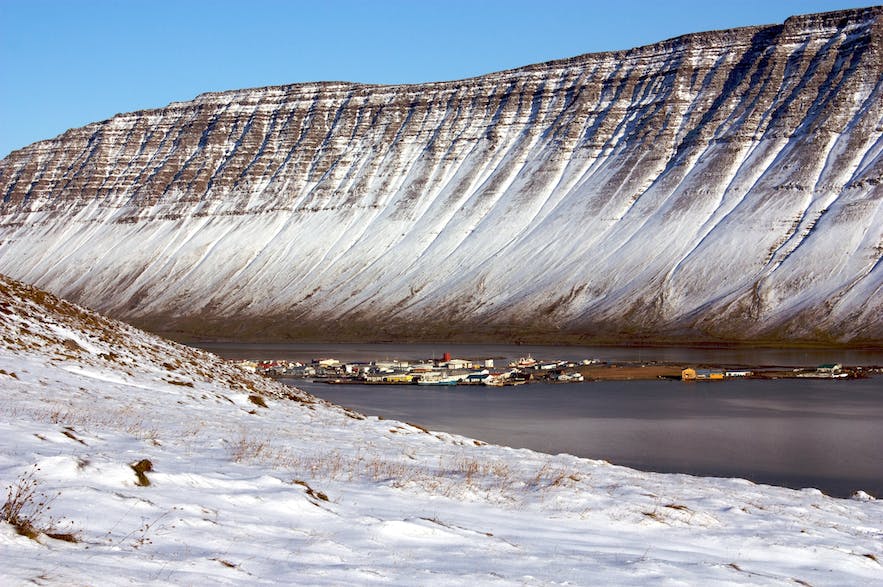 Ísafjarðardjúp is a large fjord in the Westfjords. Once translated, it means ‘Icefjord’s Deep’.

See the best of the west on a tour of the Westfjords.

Ísafjarðardjúp is best known for having the ‘Capital of the Westfjords’, Ísafjörður, within it. This is the largest settlement in the Westfjords, with about 2,600 people living here.

Ísafjörður is the cultural, economic and touristic hub of the region; many tours to remote locations such as the Hornstrandir Nature Reserve leave from here, and ferries often arrive here from abroad. The town has several museums, many options for accommodation, and services such as supermarkets and gas stations for travellers.

Ísafjarðardjúp, due to its vast size, has many smaller fjords within it; Ísafjörður, for example, is within the smaller fjord of Skutulsfjörður. Interestingly, there is another fjord called Ísafjörður, in spite of the town being elsewhere.

Most of these fjords are on the south side, with only one bay in the north, called Kaldalon.

Ísafjarðardjúp has a wealth of animal life. Many birds nest on the three islands within it, seals can be found on the shores, and due to the fertility of the waters, whales can often be seen within the fjord.

The main industries in Ísafjarðardjúp are fishing and tourism.