Þúfa is a public artwork in Reykjavík.

Those who rent a car can easily drive to Grandi to see it, and those with a Reykjavík City Card can get on buses for free to reach it quickly. These cards also allow you free or discounted entry to many of the capital’s attractions.

Þúfa was designed by the Icelandic artist Ólöf Nordal, who sought to create a place of serenity and meditation in the bustling capital city. The piece is a large, grassy, dome shaped hillock with a walking path encircling it to the top.

Here, there is an old fishing shed, the kind used historically to wind-dry fish, as a callback to Iceland’s past. Fishing was the lifeblood of the country for centuries, and how Icelanders managed to work in the tumultuous seas, harvest their catch, and utilise it for lasting food, clothing and oil, is a fascinating story.

The hillock of Þúfa also has ties to Icelandic culture; the hidden people in folklore were said to be able to live in an alternate world within rocks and such hillocks.

Þúfa is located in Grandi, a part of Reykjavík that is quickly becoming recognised as a cultural centre. Nearby, there are a number of trendy restaurants and boutiques, a food court, historical sites, green spaces and other artworks. It is also home to the Marshall House, which has a gallery, artwork and studio.

Grandi is found in the north-east of the city, within walking distance from the downtown area and well connected to more outlying reaches by buses. The artwork, however, is located near the mouth of Reykjavík’s Old Harbour, across the water from Harpa, making it the furthest part of Grandi from other parts of the city.

Because of this position, it boasts incredible surrounding views. Not only can you see the marina and concert hall, but the Reykjavík skyline, the Sun Voyager sculpture, the mountains and fjords of west Iceland, and the views out to the islands of Faxaflói Bay. Birdwatchers can also look out for a range of seabirds from Þúfa. 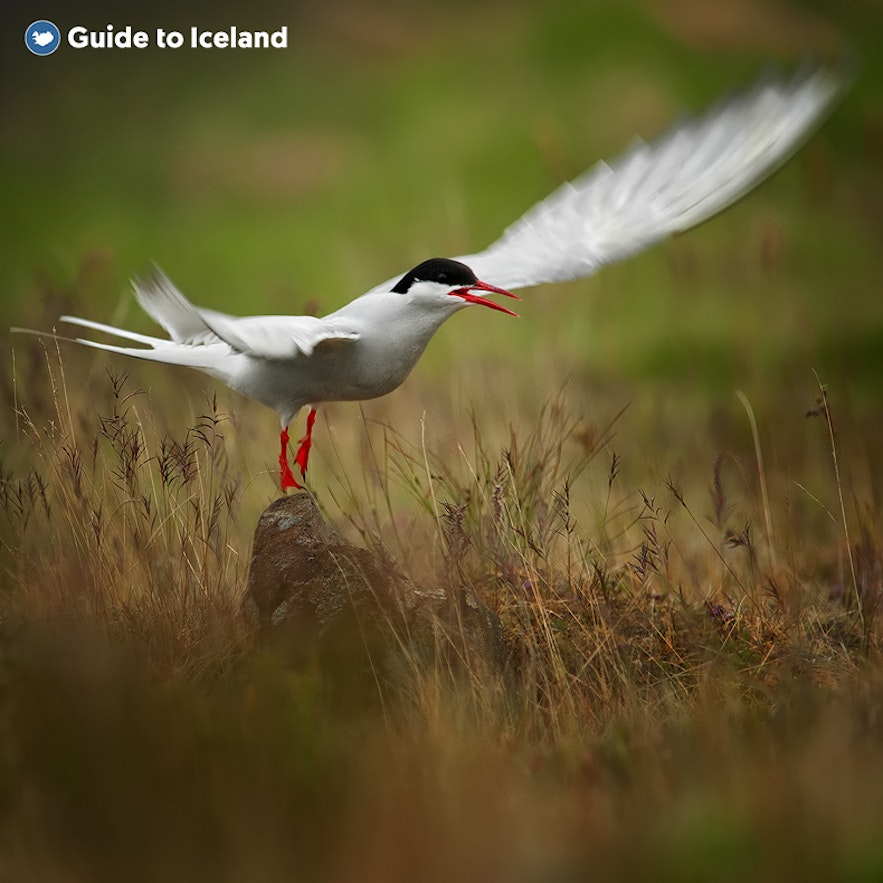