Fagradalsfjall volcano erupted again on August 3rd, and the eruption lasted for three weeks. The eruption is located in Meradalir valley on the Reykjanes peninsula, about 1 kilometer from the eruption in 2021. The rift zone of the eruption is over 300 meters long, and 20-50 square meters of lava spewed out every second during the start of the eruption, according to the Icelandic Meteorological Office.

Prior to the eruption, there had been high tectonic activity on the Reykjanes peninsula, including multiple earthquakes which could be felt in Reykjavik. Fresh lava finally reached the surface on August 3rd for the first time since the last eruption ended in September 2021. Fortunately, the eruption did not create ashfalls like Eyjafjallajokull volcano in 2010, so it did not disrupt air travel.

In a land of natural wonders, a volcanic eruption creates some incredible landscapes with its black solidified lava. If you are currently in Iceland, don't hesitate to make the most of this opportunity and book a guided tour to see the eruption area up close. Reaching the volcano is an adventure, so expect to hike for at least an hour and make sure to wear good hiking shoes and warm clothes. If you prefer not to walk, we recommend booking a helicopter tour of the volcano site, allowing you to explore Meradalir valley from above. 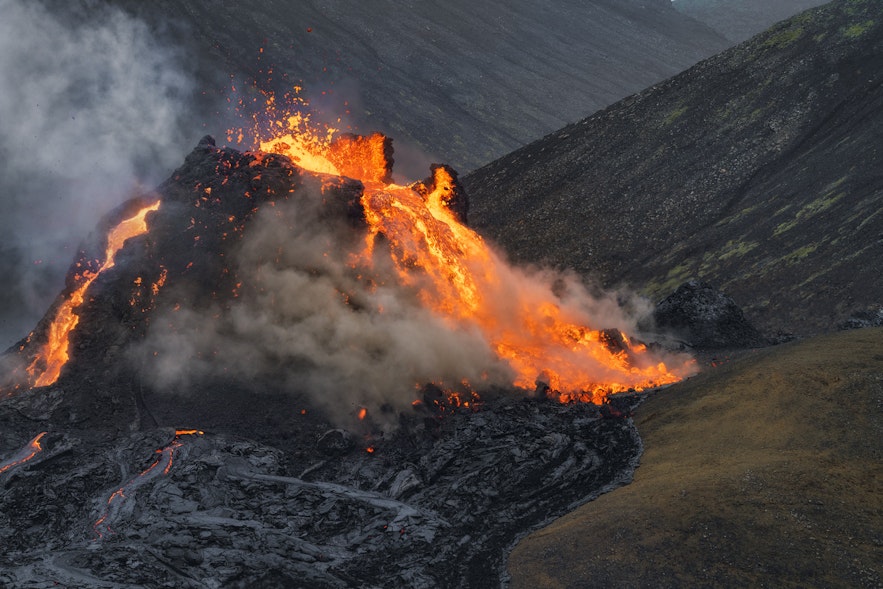