I recently went on a fantastic tour with my mother, where I explored a beautiful canyon in Iceland - Stakkholtsgjá canyon. We were a group of Icelandic people travelling together and were headed toÞórsmörk National Parkon a day trip. One of the stops on the way was to hike into this beautiful canyon. As we got closer to the waterfall the canyon got narrower and narrower.  It was just out of this world for me being there as I love canyons and waterfalls. 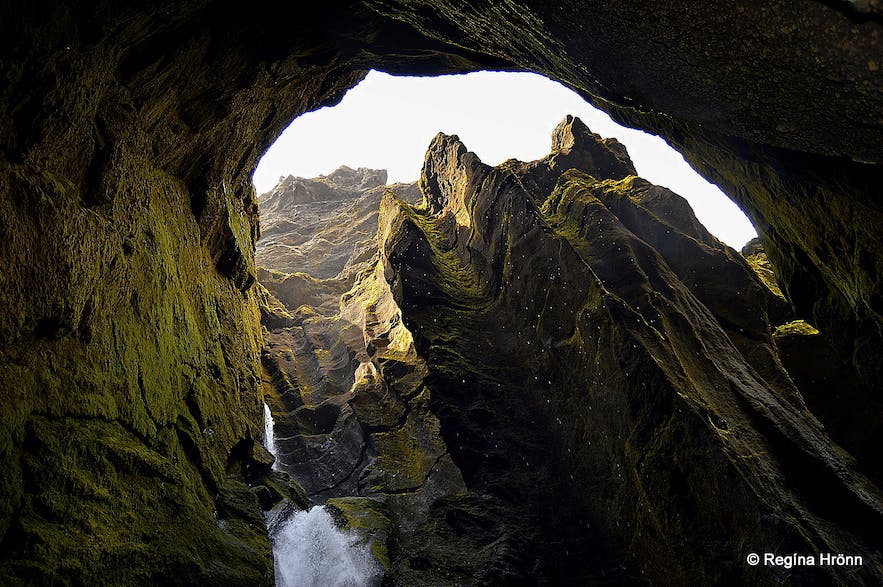 I asked one of my fellow travellers to take a photo of me by the waterfall. Only a very small part of the waterfall can be seen on the photo, as he didn't turn the camera upside down, but as you can see on my photo, then I was drenched, in an adrenaline rush and very happy :)

I love waterfalls and have written another travel-blog about my favourite waterfalls in Iceland: