Þingeyri is a village in the Westfjords of Iceland, found coastally on the Dýrafjörður fjord. Þingeyri has a population of around 250 people.

Þingeyri has been continually inhabited since 1787 when a trading post was established there. The village’s name is believed to be based on the Icelandic term for a medieval assembly - þing. Three grassy mounds, the relics of an ancient, medieval congregation, can be found behind the village church.

Like many other smaller settlements in Iceland, however, it is the fishing industry that has dramatically defined Þingeyri’s culture and development throughout the centuries. For locals, the fish stock in Dýrafjörður has been the lifeblood of the economy. They have not been the only ones interested in the bountiful water, however. The French attempted to establish a fishery in the village in the 19th century, but their plea was rejected. From 1884 to 1898, the Americans fished halibut in the region.

Today, visitors will find a modern and prosperous village. Þingeyri provides services to both the local region and visitors alike, with: a general store, a mechanic, a swimming pool, a bank, sports facilities and a post office. There are also a number of cafes and restaurants, the most notable of which is Simbahöllin, who specialise in Belgian waffles and run their operation from a renovated 1915 Norwegian home.

A short way from the village, guests can also visit one of Iceland’s most picturesque teeing spots, Gláma Golf Club. Built over the abandoned farmstead Medaldalur in 1991, golfers can enjoy 9 holes and some truly fantastic surrounding scenery.

Þingeyri sits at the base of the mountain of Sandafell. This stunning mountain can be accessed easily, either by driving or hiking and is known for its easy to navigate footpaths and incredible scenic views. The highest mountain in the Westfjords, Kaldbakur (998m), is also a short drive away and a surprisingly easy climb for amateur mountaineers. 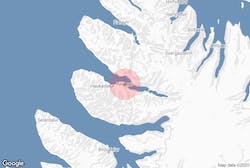 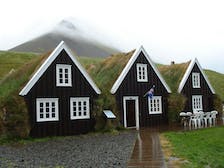 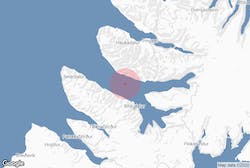 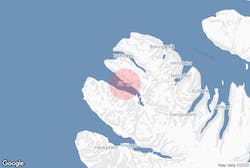 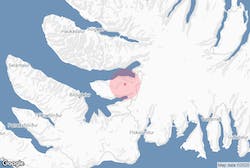