See Iceland's finest sights and most popular attractions in only 3 days on this summer self-drive tour! This tour is perfect for those that don't have much time but want to see as much as possible, including the most popular sites in Iceland, the Golden Circle, the Blue Lagoon, and more!

From the international airport, a short drive takes you directly to Iceland's famous Blue Lagoon, where you can beat the jet lag with a soothing dip in geothermally heated waters. Your next day will see you undertake the fantastic Golden Circle sightseeing tour, made up of Thingvellir National Park, Geysir geothermal area, and Gullfoss waterfall.

You are free, however, to customize this as you please. For instance, the Golden Circle can be undertaken on the first day of your trip, leaving the second to explore the glorious South Coast of Iceland, complete with its mighty glaciers, tumbling waterfalls, and jet-black beaches.

The days are yours to enjoy however you like. You are the driver, so you can spend longer at the attractions you like and leave other ones behind. During the long and bright summer nights, you can listen to the birds chirping in the calm nature while basking in the glow of the Midnight Sun.

We know what brings you to Iceland: a chance to revitalize your spirit after too long spent at the daily grind. A quiet space to reflect is even more important on a short holiday!

Make the most of a fleeting visit to Iceland! Check availability by choosing a date. 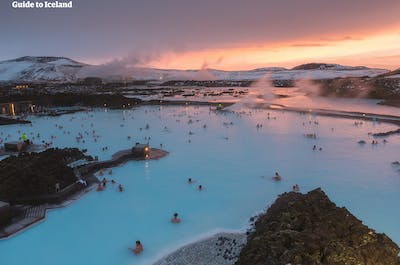 Welcome to Iceland, a volcanic island of staggering beauty and unlimited possibilities.

You will first pick up your car from Keflavik International Airport and then head towards Reykjavik. On your way to Iceland's capital city, you could choose to make a stop at the Blue Lagoon. This world-renowned spa is known for its healing waters, vivid azure colors, and luxurious treatments. It is located in the middle of a moss-covered lava field, giving it an otherworldly atmosphere. If you add the Blue Lagoon, it will be arranged according to your flights. If there is no time to visit the lagoon today, it can be added to another day. Your travel consultant will be able to arrange this for you. There is still plenty to see and do in Reykjavik and the Reykjanes Peninsula if you have extra free time.

Once you arrive in Reykjavik, you will check in to your accommodation before heading out to discover the local culture. Why not visit some of the city's best-known landmarks, including Hallgrimskirkja Lutheran Church, Harpa Concert Hall, or Perlan Observation Deck?

Aside from these, you are recommended to sample the local nightlife and culinary scene or head to one of the capital's many museums or art galleries. If, however, you arrived early in the morning, it is possible to add a Golden Circle tour to your day to make the most of the long hours of summer sunlight. More details can be seen on your day 2 itinerary.

You will be spending your first night in Reykjavik accommodation. 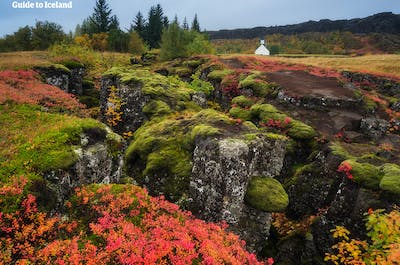 You will begin at Thingvellir, famed for its important role in Iceland's history as the founding place of the world's first elected parliament. It is also a UNESCO World Heritage site, in large part because it is one of the few places on earth where it is possible to see both the North American and Eurasian tectonic plates sticking out from the earth.

The second site is Haukadalur geothermal valley, famously the home of the hot springs, Strokkur and Geysir. While Geysir is no longer active, it is famous for having lent its name to geysers worldwide. Strokkur, on the other hand, will erupt every five to ten minutes, shooting a jet of boiling water up to 66 ft (20 m) into the air. Aside from these two superstars, the area is rich with bubbling mud pools and smaller hot springs.

Your final stop of the day, if you so choose, is the mighty waterfall Gullfoss, undoubtedly one of the most beloved attractions in the country. Dropping 105 ft (32 m) over two cragged steps, this waterfall creates a billowing cloud of mist as its glacial water cascades into the valley below.

If, however, you happened to have undertaken the Golden Circle on your first day, you are encouraged to spend the day sightseeing along the picturesque South Coast.

You will be passing waterfalls such as Seljalandsfoss, Skogafoss, and black sand beaches like Reynisfjara, all the way to Jokulsarlon glacier lagoon. Colloquially known as the "Crown Jewel of Iceland," this peaceful, iceberg-filled lake is one attraction you will not want to miss.

Afterward, you will begin the journey back to Reykjavik, where you will spend the night. 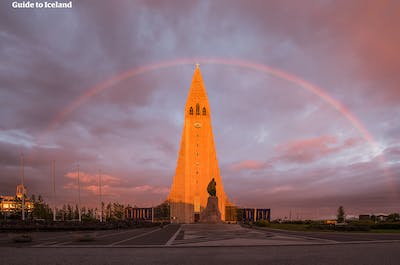 It is your final day in the land of ice and fire, but depending on your flight time, there may still be time to fit in some added sightseeing.

For those who have a later flight and choose to visit the Blue Lagoon today, you will finish off your stay unwinding before you head to the airport. This is the perfect place to relax as you bathe in the warm, mineral-rich waters as you look back on the incredible adventure you have just taken in the land of fire and ice. If your flight is later, there are plenty of things to do in Reykjavik. If you have an early flight back home, we wish you a pleasant journey.

Make sure you arrive in Iceland before noon to do this trip. Self-drive tours begin either in Reykjavík City or at Keflavik International Airport. A valid driver's license is required, along with a one-year-long on-road experience. Please be aware that your itinerary may be rearranged to better fit with your arrival date and time.

Bookings for one person will be arranged in single rooms, and bookings for two or more people will share a twin/double or triple room(s).

All our vehicles are new or current models, of maximum 2 years of age. Super Budget levels come with standard CDW insurance, while all other levels also include Gravel Protection (GP) insurance. Please note that off-road driving is illegal for all types of cars.

All levels come equipped with free Wi-fi. You can enjoy unlimited data with the Wi-Fi device, which can be connected to up to 10 devices at once. The car rental will provide 24-hour roadside emergency services.

A large 9-seater van such as a Mercedes Benz Vito (4WD manual, has highland capabilities and better suited for winter driving), or similar. Comfortable for 5 to 7 travelers. If seated full, luggage space is limited. The driver must be of 23 years of age or above.