Are you looking for an adventure? Well, look no further as this three-day tour combines the amazing natural sights of the Golden Circle and South Coast of Iceland with Jökulsárlón glacier lagoon, where the icebergs share the area with the seals and birds.

The small-group tour starts with the unforgettable Golden Circle sights, the UNESCO World Heritage Site of Thingvellir National Park, where you will witness the fantastic lava landscapes, covered in moss and marvel at the large freshwater lake. From there, head to the Geysir Geothermal area where Strokkur will display the power of the geothermal activity in Iceland by shooting it into the air.

Next, one of the largest waterfalls in Iceland greets you. Gullfoss waterfall, cascading down in three steps, is an impressive sight to behold. To make sure the day is perfect you will make a couple of extra stops to the day at Kerið volcanic crater and a traditional Icelandic farm, where you will have a chance to taste some homemade ice cream.

On the second day, the south coast awaits, with its fantastic waterfalls. Start at Seljalandsfoss, where you have the rare opportunity to walk behind the waterfall. The next stop is the beautiful Skógafoss waterfall with an impressive drop of 60 meters and responsible for a cloud of mist and spray, creating rainbows on a sunny day. There is a challenge included in the stop, with 527 steps running up the side of the waterfall, this hike is the perfect treat for those who love adventure. You'll be rewarded by the view from the platform at the top.

To complete your adventure, you will go hiking on a glacier on the second day. Our highly trained glacier guides will assist you in strapping on your safety and glacier equipment, including helmets, harnesses, crampons and ice axes. Armed with these items, you will hike on the ice for an hour and a half and enjoy the impressive views from the top.

The next stop is one of the famous Reynisfjara black sand beach, where the Atlantic ocean hammers the coastline and the basalt column cliffs. Keep your distance as the waves are treacherous and can sneak up on you if you are not careful. This area and the closeby cliffs of Dyrhólaey are a paradise for bird watchers in the summer months and the famous puffins nest in the cliffs from June to August.

On the final day, you will explore the glacier lagoon of Jökulsárlón and the Diamond beach across the road, where the icebergs will remind you of diamonds on the black sand. Perhaps you will see a seal playing on the icebergs while you are there so keep your camera at the ready.

What are you waiting for? This is the ultimate Icelandic experience with a small group and experienced guide guaranteed. Select dates and book your adventure today! 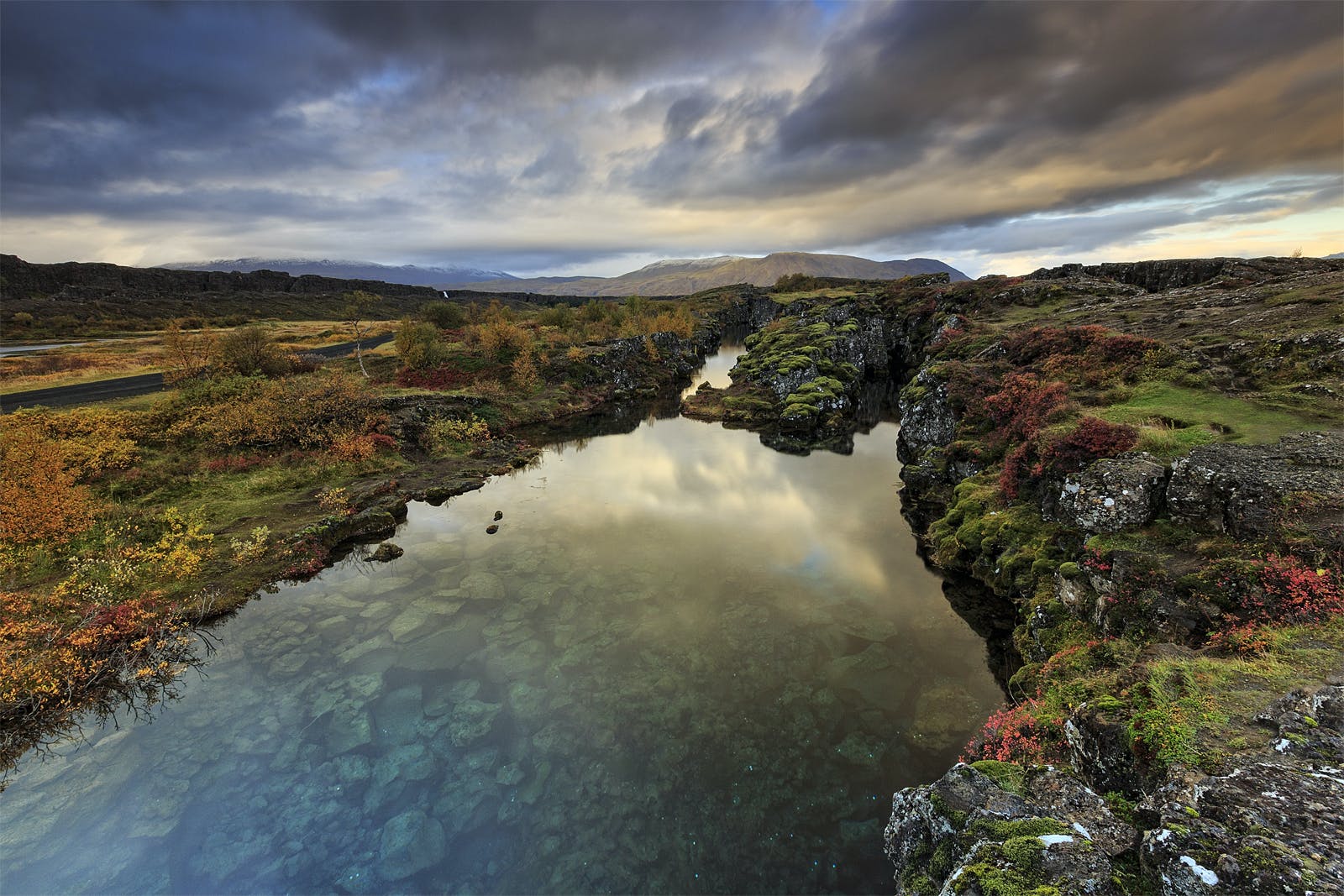 Starting from Reykjavik, you will be heading to the Golden Circle to see the three world-famous sights that complete this trail.

The first is the only UNESCO World Heritage site on the mainland of Iceland; Þingvellir National Park. Located directly between the Eurasian and North American tectonic plates, it is an extremely interesting area, characterised by its raw nature and fascinating geology. This location is the original site of the world's oldest ongoing parliament. Formed in 930 AD and originally called Alþingi, the parliament now sits in Reykjavik.

You will also visit Kerið crater. Here you will wonder at the geological history at this wonder of nature. Some believe that the crater formed in a huge explosion, while others theorize that it was created as a volcanic cone collapsed into the magma chamber within, after the eruption.

Head on to the Geothermal area of Geysir, where Strokkur erupts every few minutes blasting hot water as high as 30-meters into the air. Nearby is the Great Geysir, which is mainly inactive these days but does on occasion erupt even higher than Strokkur. The colourful rock formations around the area and the steam coming from the ground make it a majestic display of the earth's elements.

The final site on the trail is the powerful Gullfoss waterfall, or the "Golden Waterfall", where the Hvítá river falls into a ravine in two steps making an awesome rumble. On a bright day, you can expect to see a rainbow in the ravine, making this attraction a true mix of raw power and natural colours.

To top the day off, you will stop along the way for some ice cream at a family-run dairy farm and be able to check out the daily life of the animals on the farm before resting at the hotel for the evening. 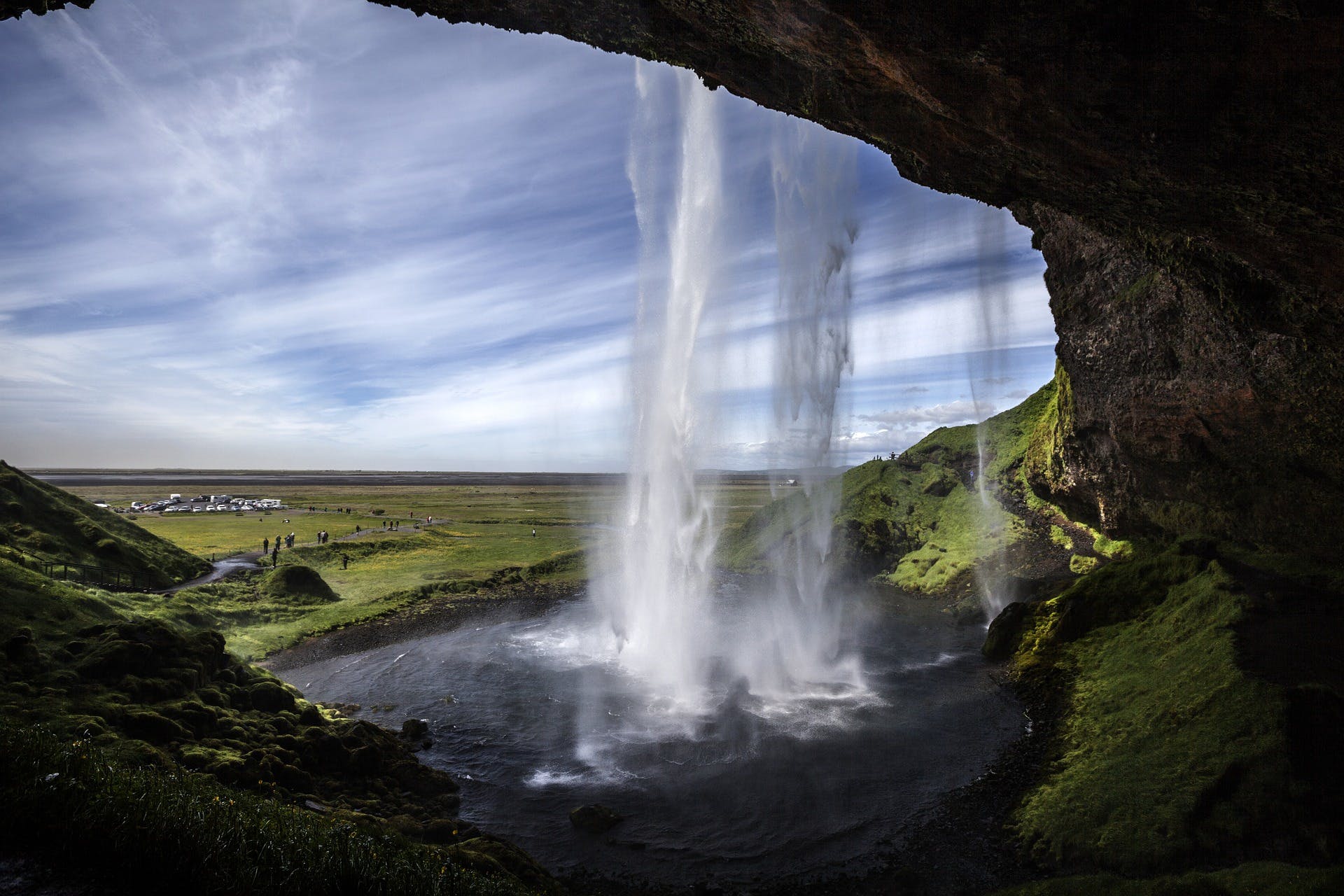 Today you are going to discover even more diverse nature. Witness amazing waterfalls including Seljalandsfoss and Skógafoss, the black sand beaches and of course the glaciers Sólheimajökull and Mýrdalsjökull.

You will want to grab your raincoat at your first stop of the day. Visit Seljalandsfoss and walk behind the falls to feel the spray from this mighty powerful waterfall. Here you can take lots of pictures of the incredible view.

From here you will head to Skógafoss, a powerful waterfall with a 60-meter drop. Take the staircase next to the waterfall if you want to take a hike. You will be rewarded with the breathtaking views from the top, where there is a viewing platform. Enjoy views to the coastline on a bright day and look above to the glacier Eyjafjallajökull, as well.

Then it is time to experience Europe's largest glacier, Vatnajökull, situated in Skaftafell National Park. Take a glacier hike on top the mighty Vatnajökull. At the base, you will strap on the safety equipment including helmets, crampons, harnesses and ice axes. Ready for the hike, you will spend 90 minutes or so hiking across this stunning natural structure. The breathtaking views make this a very popular site for filming and many TV shows and Hollywood movies been shot in the area. Some producers have even returned multiple times, like those involved in the Game of Thrones and James Bond franchise. Follow in the footsteps of the stars as you hike atop this mighty glacier. A truly unforgettable experience.

The day ends at your hotel, near Jökulsárlón glacier lagoon, where the adventure will continue the next day. 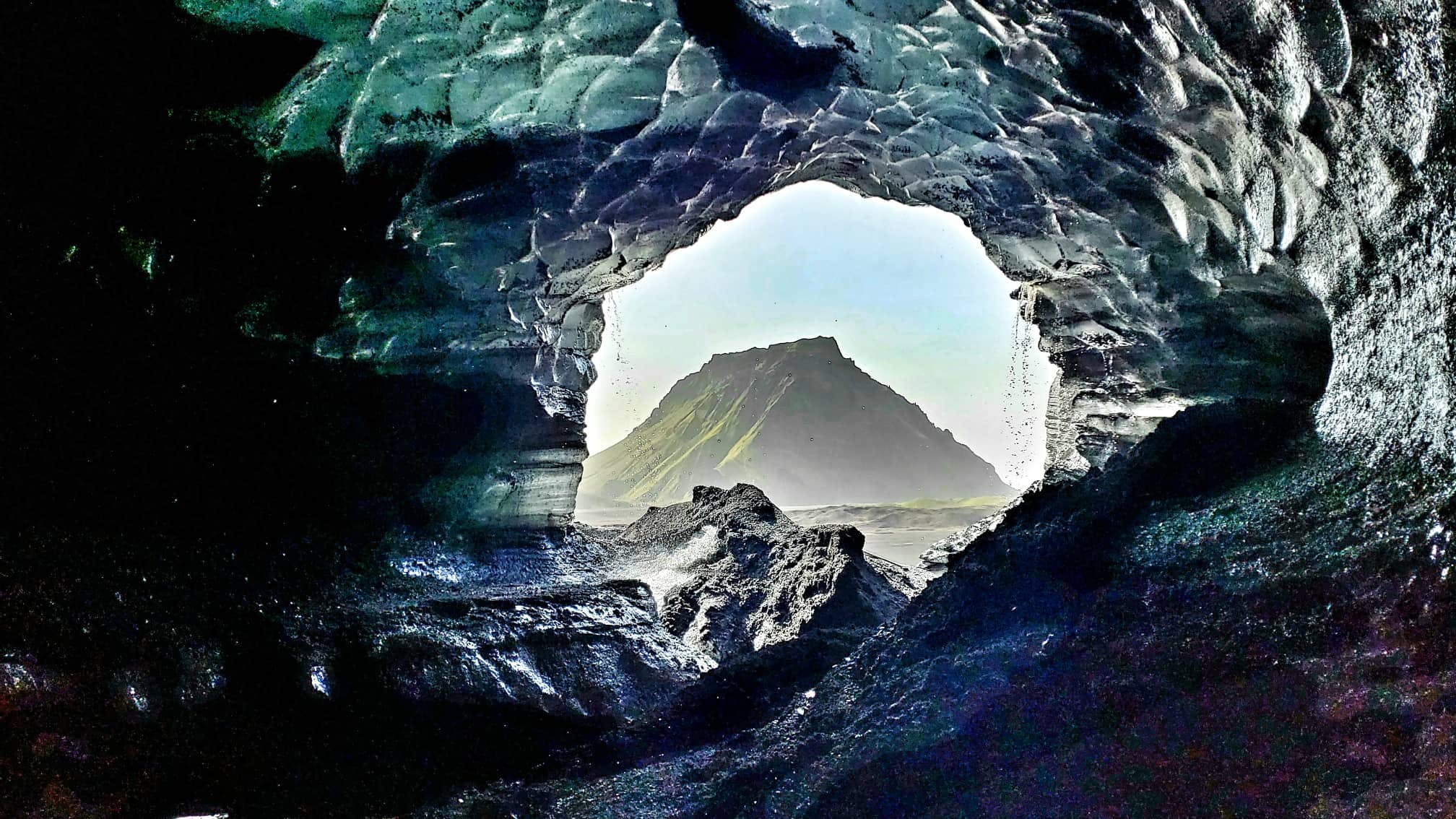 On the final day, you will head to one of the most iconic locations in Iceland, the glacier lagoon at Jökulsárlón and its next-door-neighbour, the Diamond beach.

Here, icebergs fall from Breiðamerkurjökull glacier and float towards the coastline to exit into the Atlantic ocean. This majestic lagoon with its blue colours is often packed with icebergs slowly making its way down the lagoon only to be thrown back onto the black sand beach, where they shine like diamonds of all shapes and sizes in the sun.

If you wish, you can choose to take a boat ride out on the lagoon. This will allow you to get even closer to the icebergs and the glacier on the lagoon and this breathtaking boat ride will enhance your experience in Iceland.

Afterwards, you will head back towards Reykjavik. On route, you could choose to take a tour to the Katla ice cave in Mýrdalsjökull glacier. There you will see how the beautiful ice formations and the ash from the volcanic eruptions throughout the history of Iceland blend. The ice cave here is also known as the Dragon Glass Cave and is a truly awesome sight that should not be missed.

To finish the day, you will visit the black sand beaches at Reynisfjara. The unique basalt columns and the massive waves that crash upon them make this a unique place, where the force of nature can truly be felt.

End the day by returning to the city, where this tour concludes.

• Order or availability of attractions may change due to road or weather conditions. The glacier hike and the ice cave tour, for example, may switch days on the trip.

• Each passenger is limited to one 24″ suitcase per person.

• We may have to adjust timings due to the short daylight hours, and we will always try to avoid the big crowds.

• Pick up will take place at one of the designated locations in Reykjavík. Pick up from Keflavík airport or outside of the greater capital area is not available.

• You will see the designated pick up locations in Reykjavík on a drop-down menu at the time of booking.

• You can bring some favourite snacks and beverages if you like.

• We recommend you bring hiking boots with slip-resistant soles if you are visiting in the winter. Hiking boots are available to rent at the time of booking.

• Ice caves are dynamic natural phenomena. Each year new unique caves are formed in different areas of the glacier. We will visit a naturally formed ice cave during this tour. The photos are from this season, but the cave and other formations you will visit might have changed, as they do so naturally over time, due to the nature of ice.