Get a vacation
Book your tours
Rent a car
Find stays
Read info
COVID-19 information & support
Book your trip now
Guide to IcelandConnect with localsNils JessenOn the Hunt for Northern Lights
Jump to chapter
You would like to make your own unforgettable Northern Lights experience?

On the Hunt for Northern Lights

We crossed the Icelandic Highlands with a Superjeep, looking for a place without any light pollution to get good shots of the Northern Lights... And it worked! 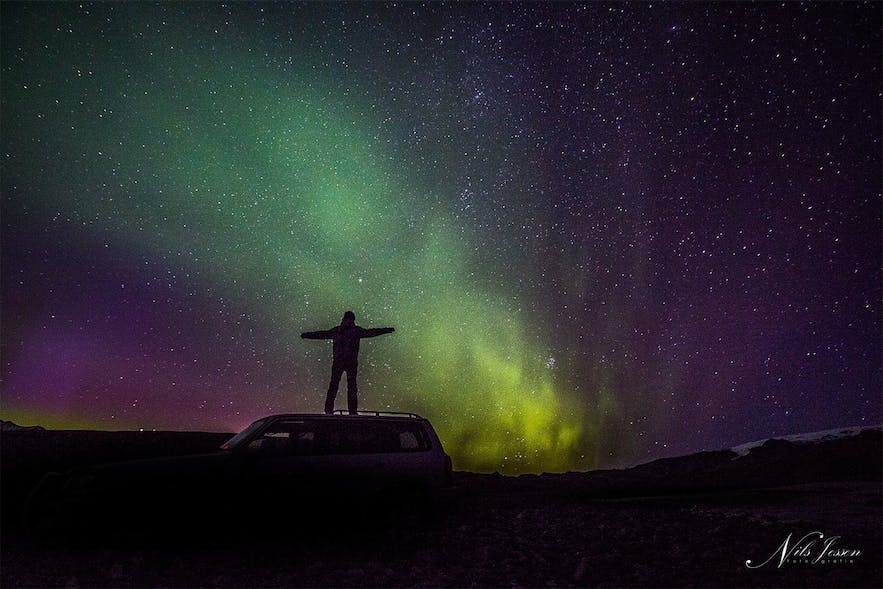 After a day full of potholes, gravel roads and near-death experiences while crossing rivers (whereas the word “death” probably refers more to our car :D ), our stomachs were given a good shake and the three of us - Nils, Jan and me - were quite exhausted on the last 200 km to Reykjavik. All I wanted was to return to a paved road with a smaller risk of having to pay the funeral costs for our superjeep in the end.
We had already left behind the roughest part of the highlands (which is, at the same time, the most fun part if you drive yourself! :D ), when the sun disappeared over the horizon. The wide valley of Thorsmörk extended in front of us. A really heavenly place, we decided; but to cold to get out and take pictures, I decided - and already drifted away by the time Nils pulled to a stop yet again.
“We have to drive back home in darkness either way. So let’s just stay here for a few hours and take some pictures of the stars.” Goodbye, soft bed…

While Jan and Nils arranged all their camera equipment, I slipped in my sleeping bag and installed myself for a long night. And I must admit: although in the beginning I wasn’t thrilled about getting home that late, it turned out to be really worth it!
The Icelandic star-spattered sky by itself differs much from (most parts of) Germany. But in a valley in the middle of the highlands, hundreds of kilometers away from Reykjavik, shielded by a huge glacier and without a single cloud - This view was just breathtaking! 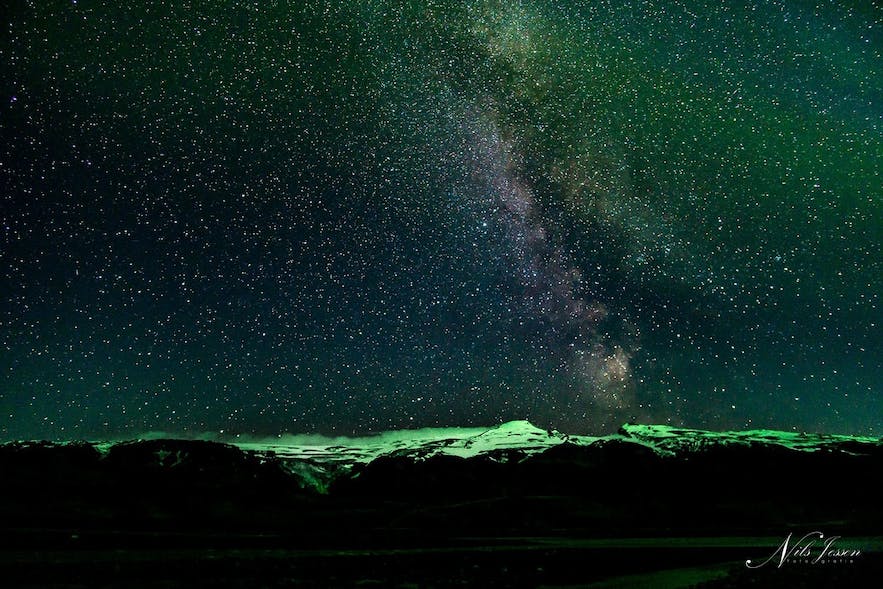 While the temperatures dramatically headed for the zero, we sat inside the car, held our cellphones against the skylight and let Jan’s stars-app tell us which constellation we were seeing. And I was mischievous only a little bit each time the guys entered the car after a check on the cameras, loudly complaining while rubbing their frozen fingers… My sleeping bag was amazing :D 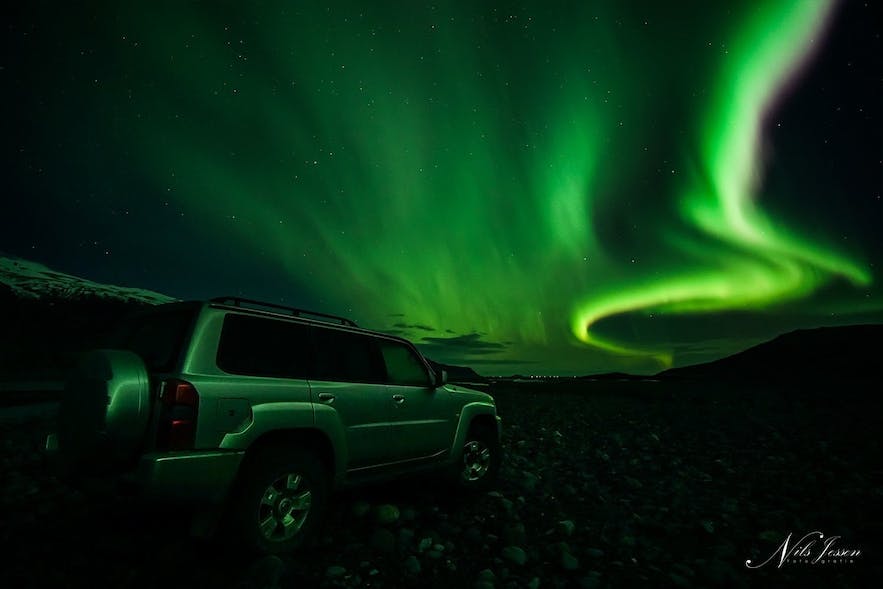 At 10 o’clock the first clouds approached after all - and we railed against them until they turned out to be northern lights. Really vague and blurred, no more than smudges… But then, from one second to the other the sky was plated with a bright green light. THOSE were real northern lights! Bright, swirling, racking windingly over the sky… Northern lights aren’t just coloured stripes overhead, they pulsate and almost appear vivid - And they make you stand still, your mouth opened, with a newfound believe in magic. 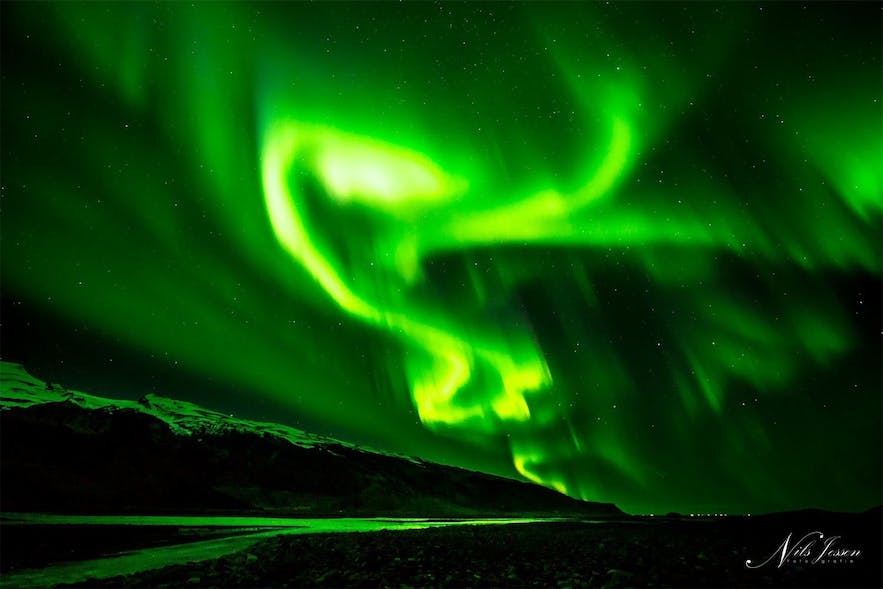 At least I stood there in speechless astonishment. Nils and Jan leaped and danced around, shouting and singing their joy into the wide night. At this point I should mention that the two of them went on a roadtrip through Norway last summer to (among other things) take pictures of northern lights, but were punished with an overcast and rainy sky for these 18 days. And now, completely unexpected, completely unplanned, we stood there in the middle of nowhere and witnessed this miracle of nature!

It was already 1 a.m. when we finally headed back to Reykjavik - deliriously happy and completely chilled through. 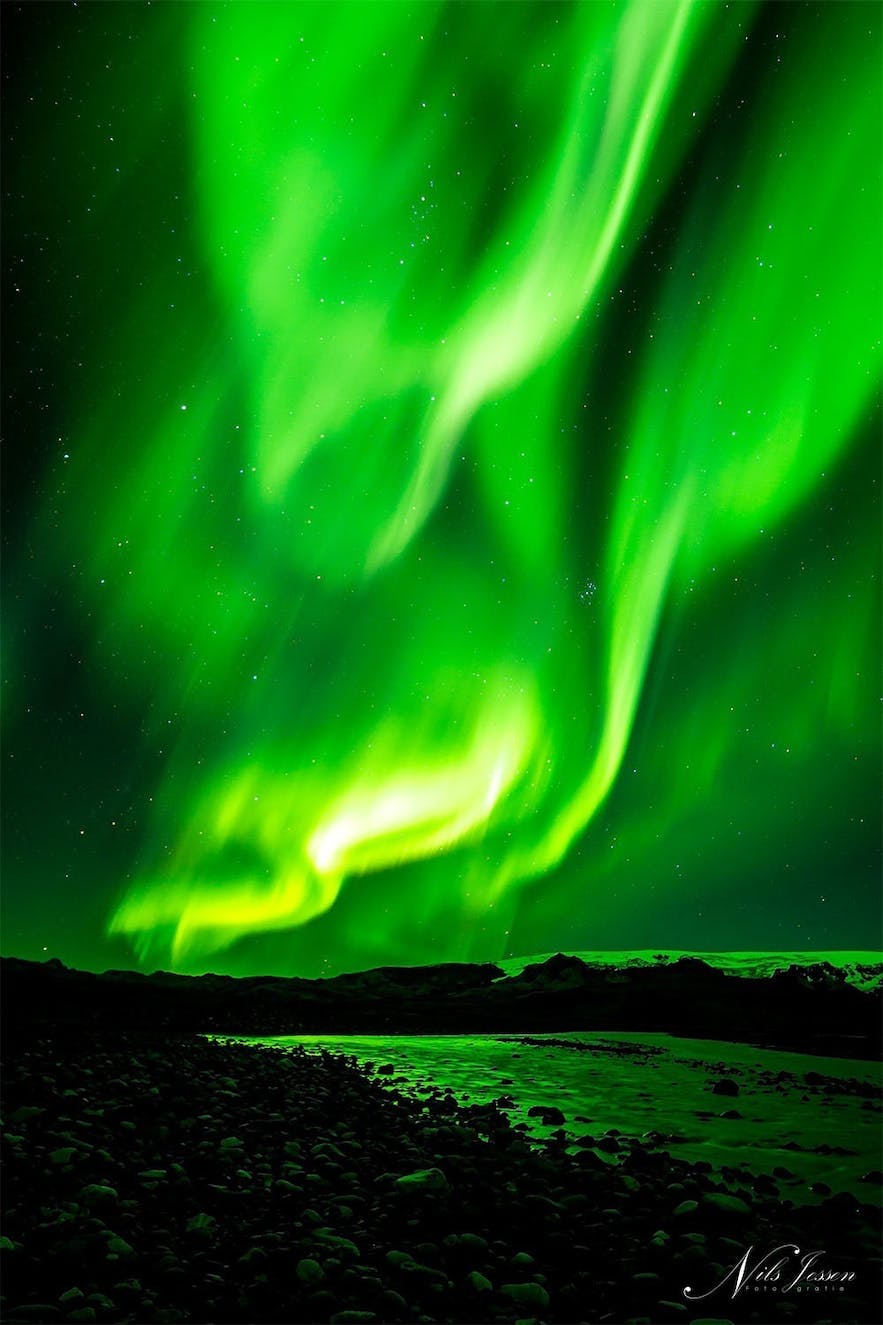 You would like to make your own unforgettable Northern Lights experience?

Or hunt them on your own! Rent a Car!