Been cut off by a sheep already..? Well if not, then you have probably not been driving with a car in Iceland!
Here you will find more curiosities about the roads of Iceland:

According to the Icelandic people we have met so far the increasing tourism has changed the situation on the roads in Iceland dramatically:
While 20 years ago scarcely anyone living outside the city owned a car, the market for cars is now booming. Nowadays, the roads are crowded, it gets more and more dangerous to drive, Iceland almost faces the situation of an overpopulated metropole… At least in the eyes of the Icelandic.

From the viewpoint of a continental European, though, the situation looks quite different: empty roads as far as the eye can reach, every 20 minutes the flash of another car´s headlights in the rearview mirror, most of the time one could drive in the middle of the lane (because there is hardly a car approaching), listen to some music and enjoy the landscape! :D

Oh yeah, there is a speed limit of 90 kp/h in the whole country.

But the danger of driving - I can't talk that away easily. While driving through Iceland, every now and then you will come to a point at which you realize, that the only reason why there are so few people in Iceland killed by road accidents is that there is so few traffic!
First of all, the one lane bridges. They are no problem if you have a good view over the road. But combining this masterpiece of architecture with a so called blindhill - That makes it kind of challenging. Even if you put all your trust in the capacity and responsibility of the other drivers, you never know if there is not by chance a sheep lying down on the road right behind the hill. 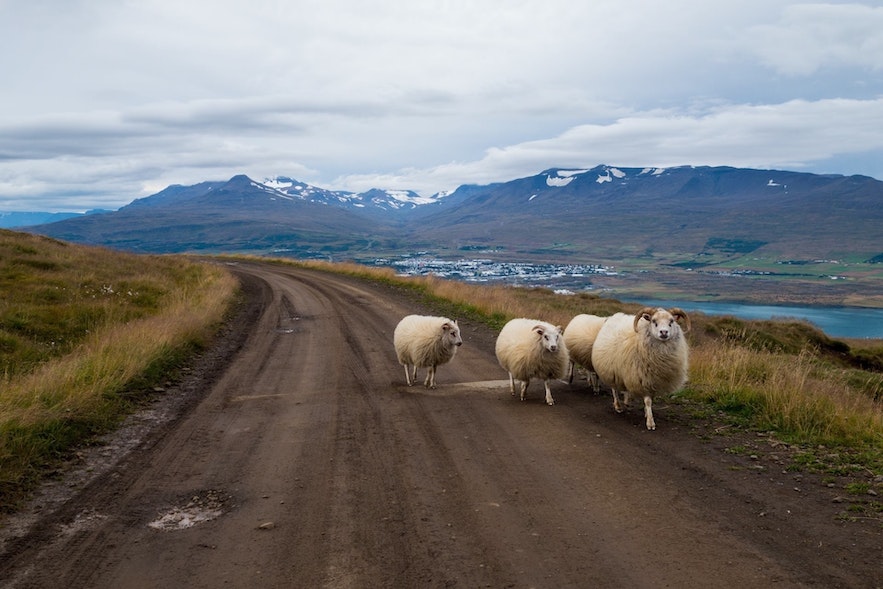 In fact, it is far more common to be cut in by a group of sheep than by other drivers. To be fair, there ARE actually way more sheep than drivers on Icelandic roads… :D

The most tricky part however are the tunnels. When driving in, you rather feel like entering a huge cave hewn into the rock and you just have to put your trust into it, that it doesn’t just end somewhere in the middle of the mountain without warning. But there is more to it than that: It is quite possible that in the middle of the tunnel, it suddenly narrows into one lane. Paired with a curve, the situation gets kind of… hairy.

Especially when it comes to meet Chinese drivers, one should be very careful, we have been told. The increasing number of Chinese tourists combined with the fact that one can apparently get a Chinese driver license with hardly any driving practice leads to a significant rise in the amount of Chinese people getting themselves or others killed in car accidents in Iceland. Everybody with a bit of common sense who didn’t just pass his or her (Chinese) driver’s license recently, should not have that much trouble on the Ringroad - when being careful while driving.

(This whole article only refers to the summer conditions. Maybe you won’t have a big problem with sheep in the winter, but therefore you might not recognize your road as a road anymore. If you conk out, it might well be that you have to wait for 24 hours, depending on the weather… in -5°Celsius)

Leaving Road 1 most roads are not paved. Still, the roads leading to smaller villages are mostly no problem for a normal car. The F-roads however, the roads leading into the heart of the country, called the highlands - They aren’t really worth the name “roads”. You really should not drive on them without a four-by-four off road vehicle! (We speak from experience… The sound of sharp stones scratching over the underbody still haunts me in my dreams!)

So, that was all about the "normal" roads... If you want to hear about our adventures driving the F-Roads (and how it almost ended really badly...) click here: Our private Superjeep-Tour

You can read here about our experiences on Road 1: Roadtrip - In 8 Days around the Island

You do not know us yet? Get to know us: Katha & Nils introduce themselves

Studying abroad in Iceland: How everything started