Glacier Expedition on Sólheimajökull - Where the Ice is blue...

For the first time in days we could actually see the winter sun breaking through the clouds, as we arrived at the Solheimajökull-Glacier, which's name fittingly translates to “Home of the sun”. And for a change, this has to be noted, we were actually on time… but then we spent so much time changing clothes and eating some snacks that we had to run, in order for our group not to leave without us :D

From the moment we had arrived in Iceland this had been my big dream: Standing on top of a glacier. So far on our roadtrip, as well as on a few hikes, we’d always only passed the ends of glaciers. But now, thanks to our friends over at Troll Expeditions, we had the incredible chance to actually climb one! 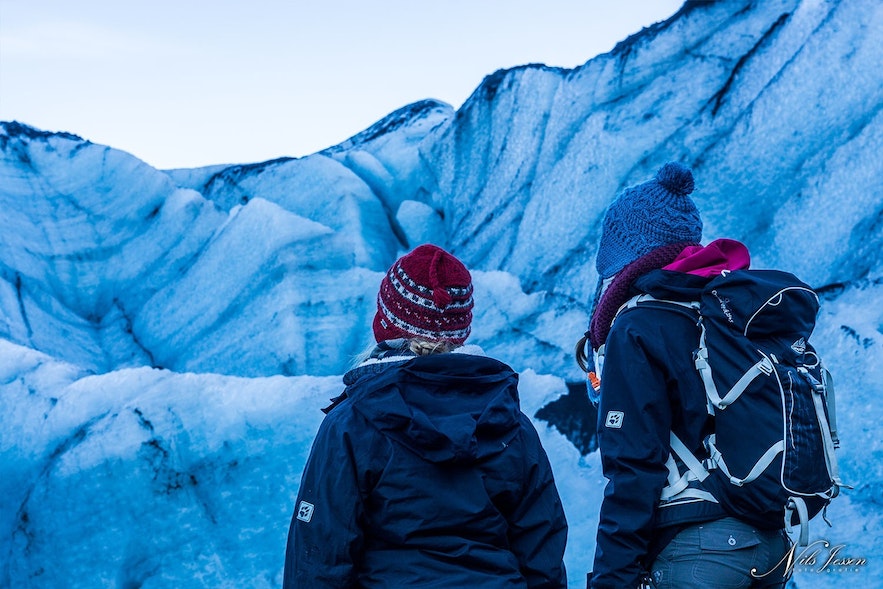 We didn’t take on just any glacier but Solheimajökull, a glacier tongue which is part of the larger Myrdalsjökull, located directly on top of Katla, the most powerful volcano in Iceland! 20 million years ago, when Iceland rose out of the sea, Katla was actually mainly responsible for that to happen. 20 million years may sound like a lot but in fact from a geological perspective, Iceland is one of the youngest landmasses on earth!

Not even one week ago, this glacier was closed and nobody was allowed on there due to the high chance of an eruption. However, the risk had decreased and so with our hearts pounding in our chests, we followed our guide, Ingo, through what he called “the Icelandic Mordor”. A vast black landscape made of ice covered in ash from a volcanic eruption in 2010. (I bet everybody remembers Eyjafjallajökull - I can even pronounce it by now, ... almost :D) 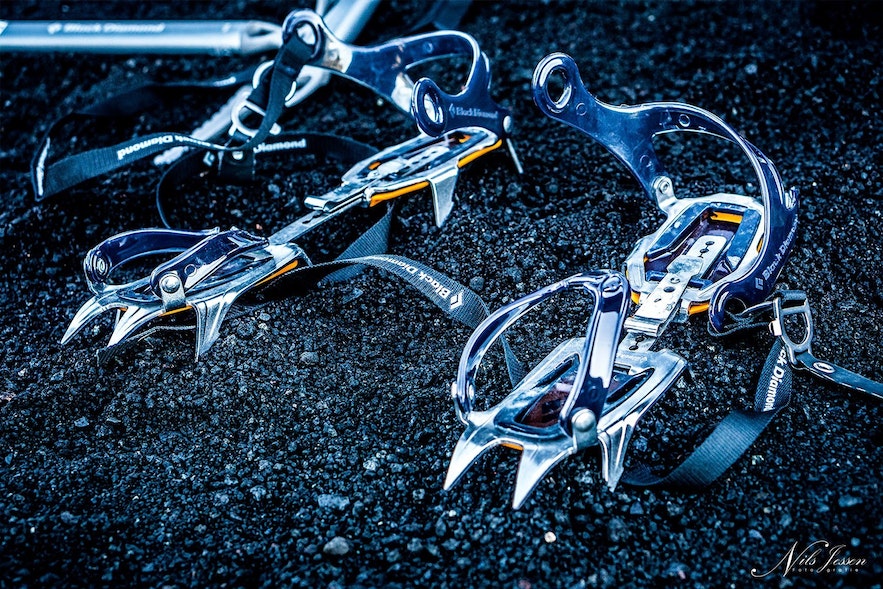 With a little help from Ingo we put on our crampons, took a last selfie - and then it was on! The first steps on the ice felt a bit shaky, but the spikes on our shoes drilled into the surface effectively. And every time an especially large step was necessary or when the path became steeper, Ingo was there to assist us, just in case. So we mastered the ascent smoothly and were rewarded with an amazing view. 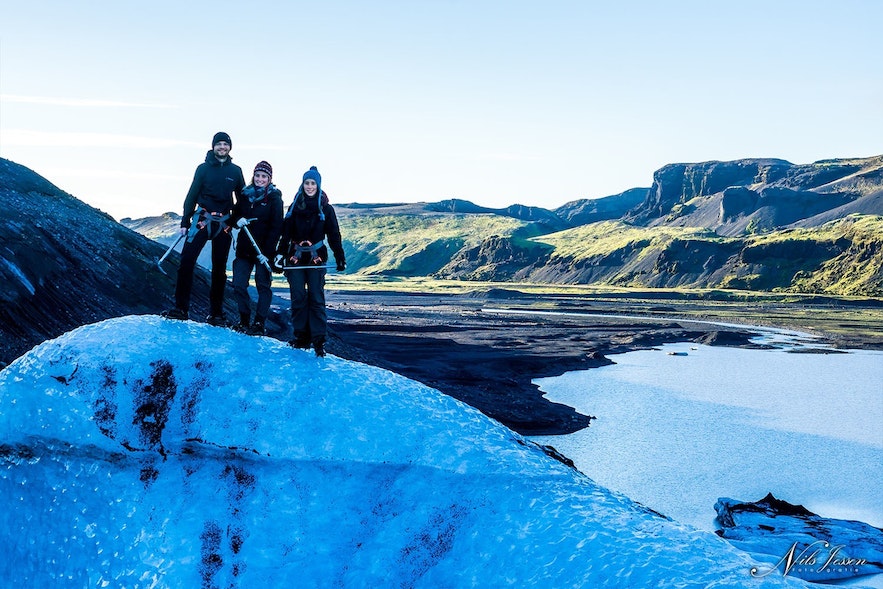 Due to the sun, in daytime the first layer of ice melts, which allows oxygen to enter. The result: A pearly-white surface! But underneath: deep blue ice. Every now and then we passed crevasses where we could witness this phenomenon. The deeper and bluer the ice, the older it is. You can find ice there that is up to 700 years old!

Ingo’s enthusiasm about this miracle of nature was infectious! For years he’s been climbing this glacier almost daily, either to guide a tour, to scout new paths or to maintain the old ones with an ice axe. And after all this time, his eyes still shine every time he talks about the characteristics of the glacier. How the glacier “lives”, how it changes, how you can explore something new every time you climb it. But I think I heard an almost sad tone in his voice when he spoke about these changes. Since the last summer, this glacier has shrunk more than 9 meters! Never before could I visualize the impacts of climate change that clearly… If we had come here a year ago, we would have stood 9 meters higher... And where we were standing right now, would have been solid, ancient ice! 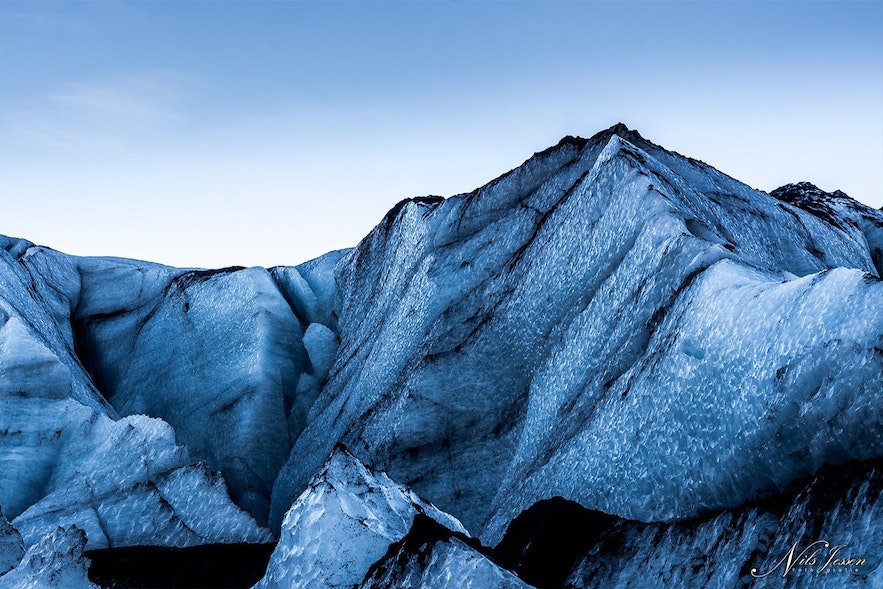 At this point I can only recommend the documentary “Chasing Ice”. Spectacular records of this glacier, that let you witness a timelapse of this beautiful but depressing phenomenon - really alarming!

After a more or less 30 minutes walk on the ice field we were happy to reach a small stream of water. While Ingo could only laugh at my girlfriend's and her sister's attempt to draw water with our hands, he showed us how REAL VIKINGS would do it… And of course, I immediately had to try it myself! :D 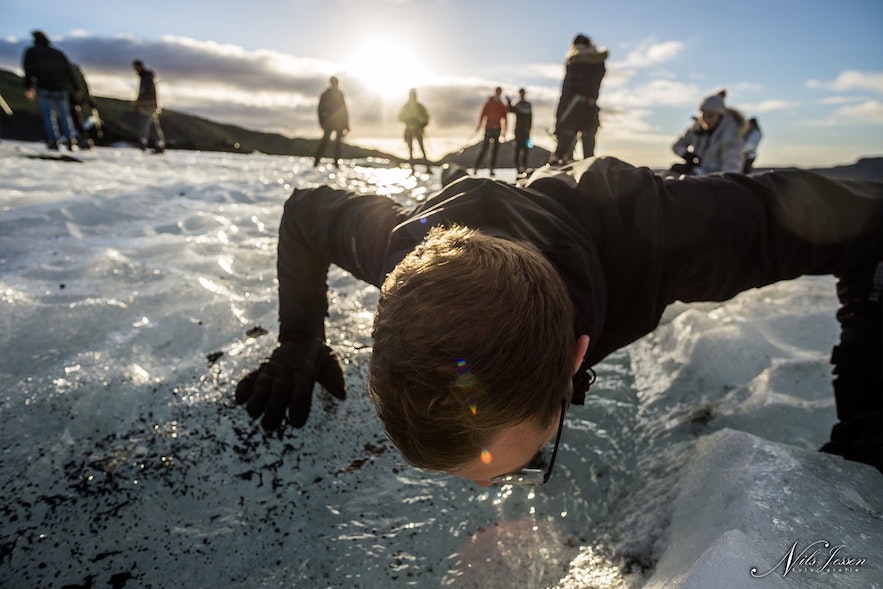 Shortly after, we passed a “black hole” in Solheimajökull. Ingo said that every glacier has one of these: Whatever falls in there, will never come back out again. To demonstrate how deep it is, our guide threw in a piece of ice. We all held our breath… A moment passed that felt like an eternity and then we heard it hit the ground.

The most terrifying part of it: After a big snowfall, this crevasse is completely covered with a thin layer of frozen snow. It really needs the trained eyes of a guide to not step on it incautiously and fall down 50 meters! 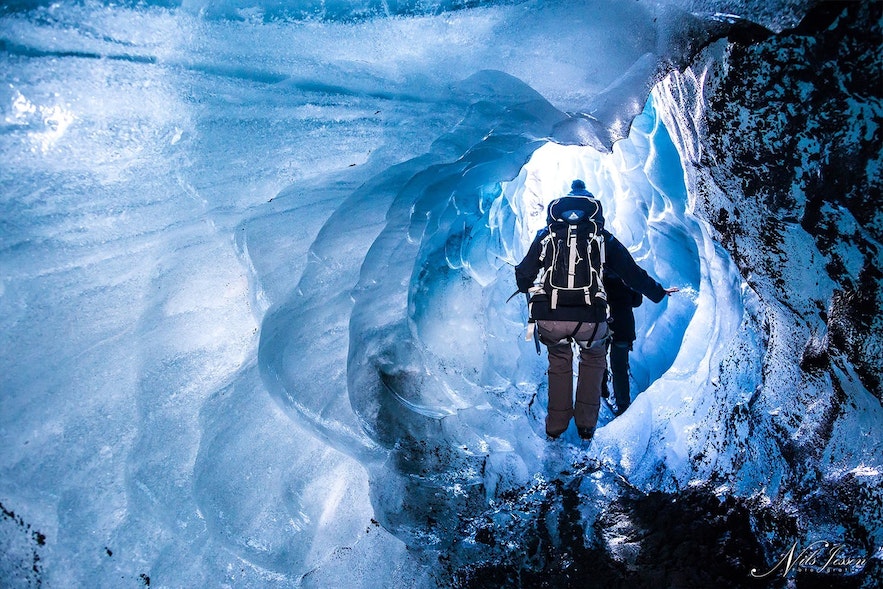 Right before we descended, we came to the highlight of the tour. We climbed down an icecave, feeling like the biggest adventurers on earth! :D

Afterwards, we just had time to taste a bit of glacier ice... And then we already reached the bottom and reluctantly got out of our crampons. Not only the breathtaking nature but also the lightheartedness and awesome spirit of our guide in combination with his great knowledge and experience made this trip a really unforgettable adventure. 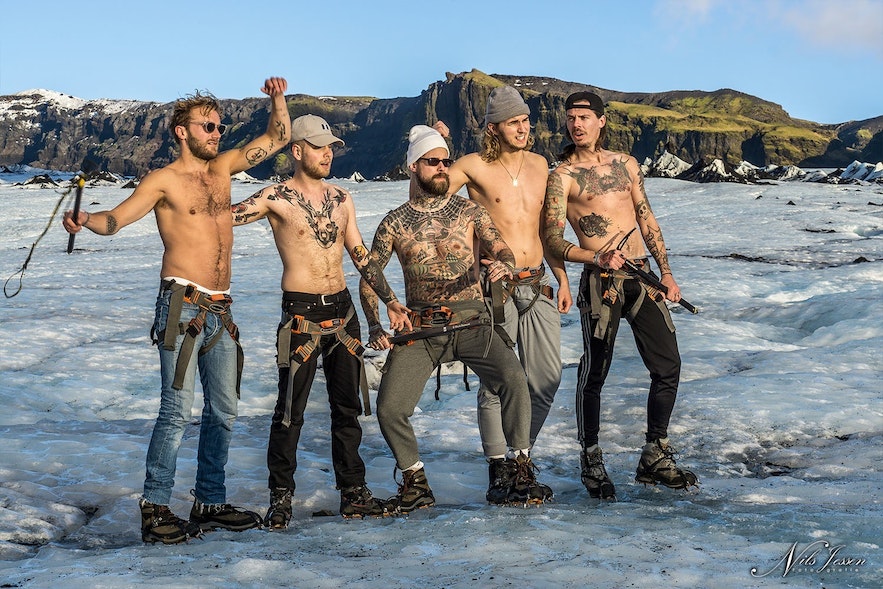 By the way here’s a picture of our hiking companions – Those Finns really did their best to unleash their inner Viking :D

You can book the same tour as we did on Guide to Iceland: Tour Link