Arnarstapi as a Photography Location

Arnarstapi is a little town on the southern coast of the Snaefellsnes peninsula. The town is probably best known for the basalt arch Gatklettur, but Arnarstapi has a lot more to offer than that one! The town is located about two and half hour drive from Reykjavik and can serve as a great base, when you’re exploring the Snaefellsnes peninsula. To find it just follow road 1 towards north from Reykjavik. In the town of Borgarnes follow road 54 towards Snaefellsnes. After 98km or about an hour of driving you’ll have to make a left turn towards Arnarstapi. From here just follow the signs. The drive from Reykjavik is around two ours. 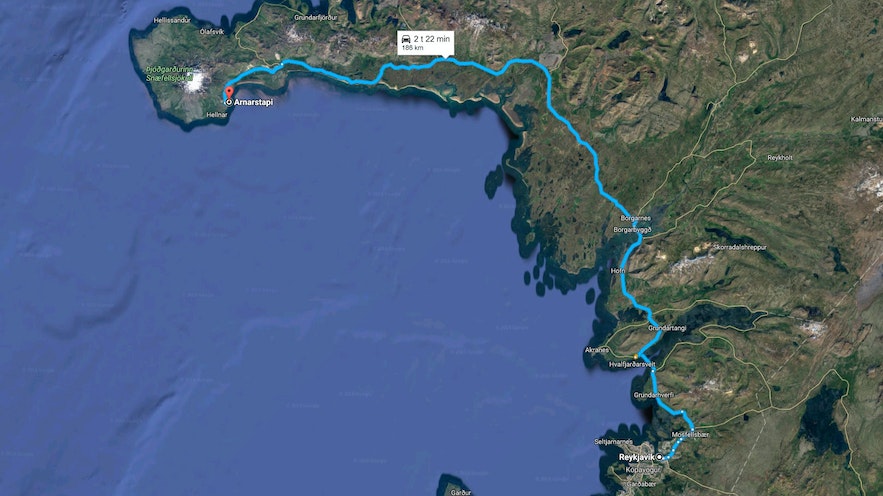 When you’re arriving at Arnarstapi look for a statue on your right hand, which is made up of a lot of smaller stones and looks like a troll. After leaving the car follow the paths towards the sea. Along the Arnarstapi shoreline, you’ll find impressive lava sculptures, which is just waiting to get explored and photographed. The first place you’ll probably see has a platform, where you’ll be able to observe the Atlantic waves crash against some enormous bent basalt columns. This is really a place to visit during a stormy day. It looks phenomenal with a long exposure of a couple of seconds, where you keep the texture of the water, yet has enough time to show the long exposure effect from the waves against the cliffs. If you can add a human element to the picture it’ll add to show the scale of this place. 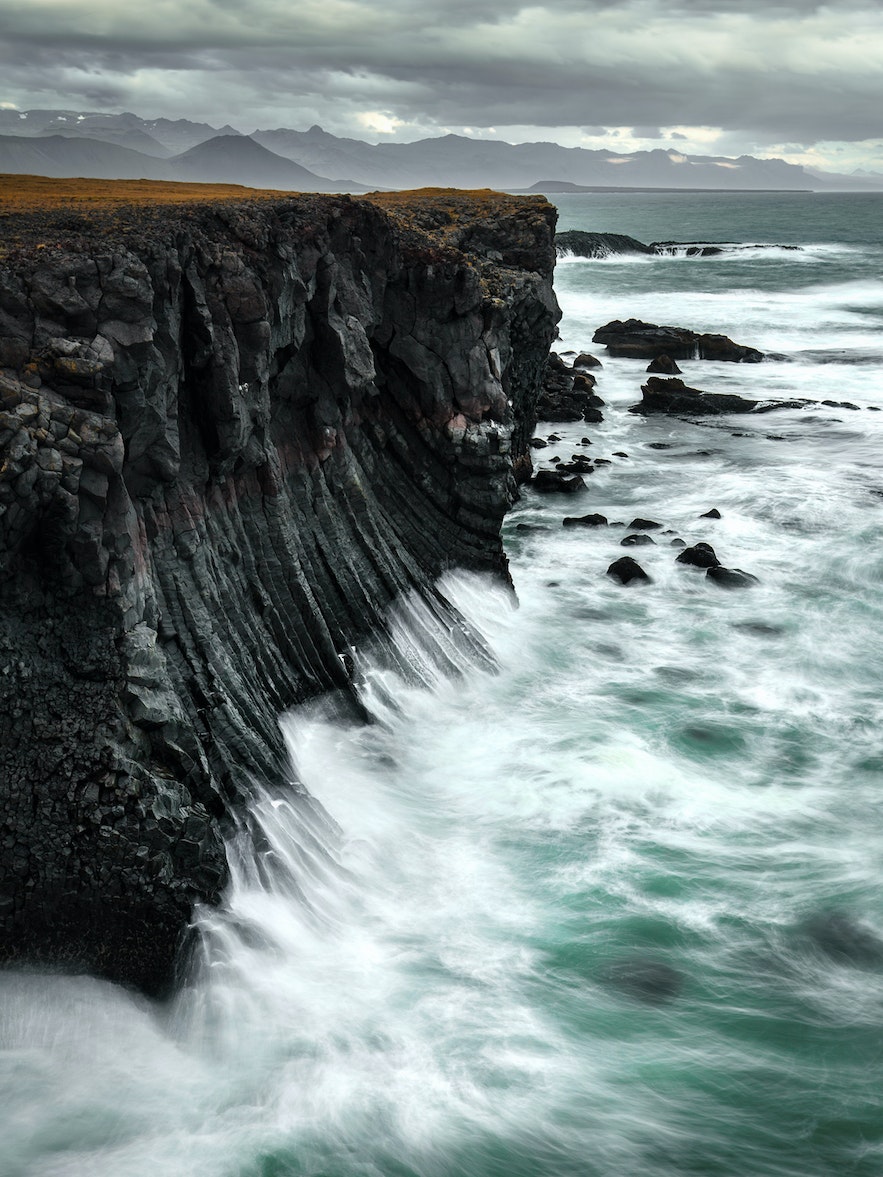 Following the path down the shoreline towards the east, you’ll come to the famous basalt arch Gatklettur. You can observe Gatklettur from a platform. The first year I was there you were able to get all the way down, but as off autumn 2016, they’ve marked the place where you can go down as off-limit. I think they sealed the area off to preserve the slopes. Gatklettur though is still a beautiful rock formation from the platform and well worth a visit. The best light is during autumn, winter, and spring where the sun rises behind the rock, which can give some spectacular and dramatic golden hour photos. 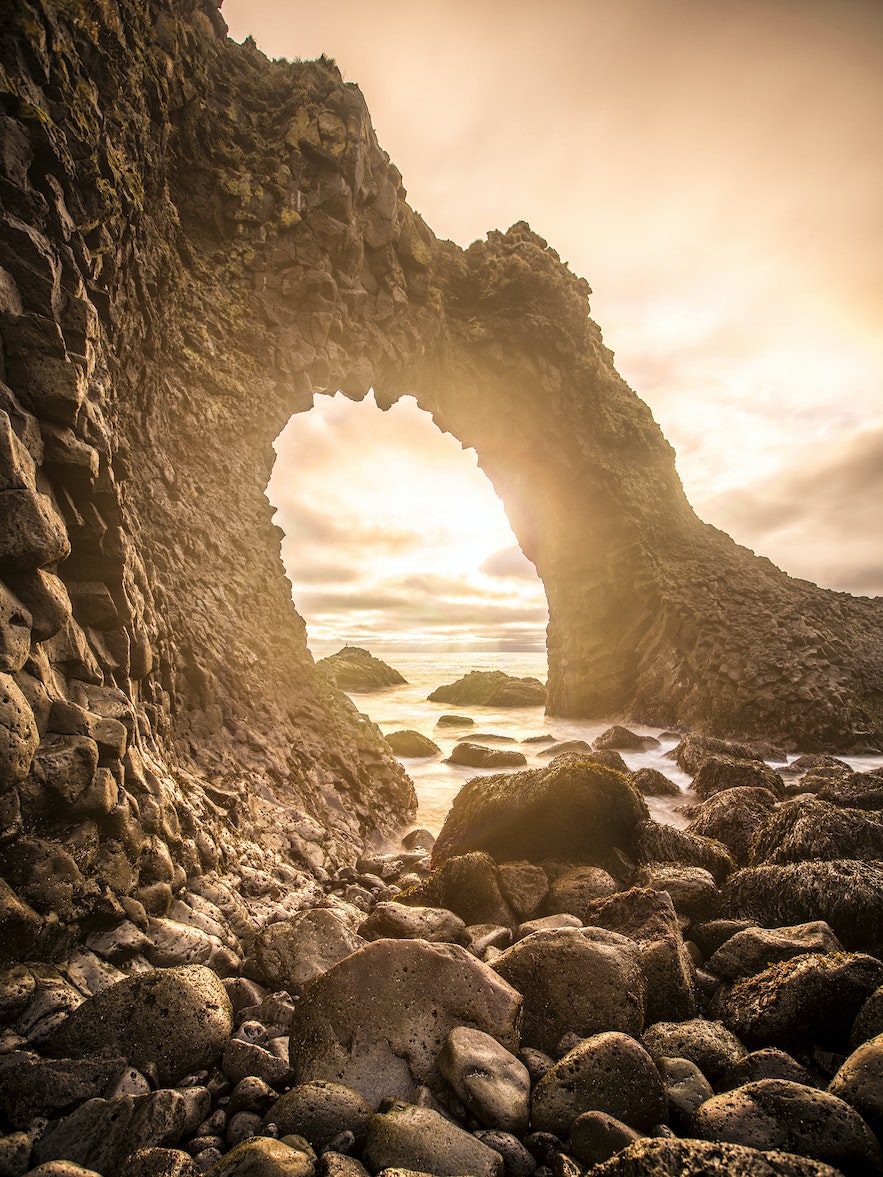 If you continue down the path towards west you’ll come to a couple of lava bridges. Now the location invites you to get very close to the edge. From the edge there’s a 10m drop straight into certain death. But don’t worry – you’ll probably be crushed against the razorsharp basaltcliffs by the tall and powerful Atlantic waves which get funneled and accelerated into the narrow hole before you drown… So watch your steps and don’t take ANY risks! The best light for this place is either during winter, where the sun is low in the sky towards south or during a cloudy day. 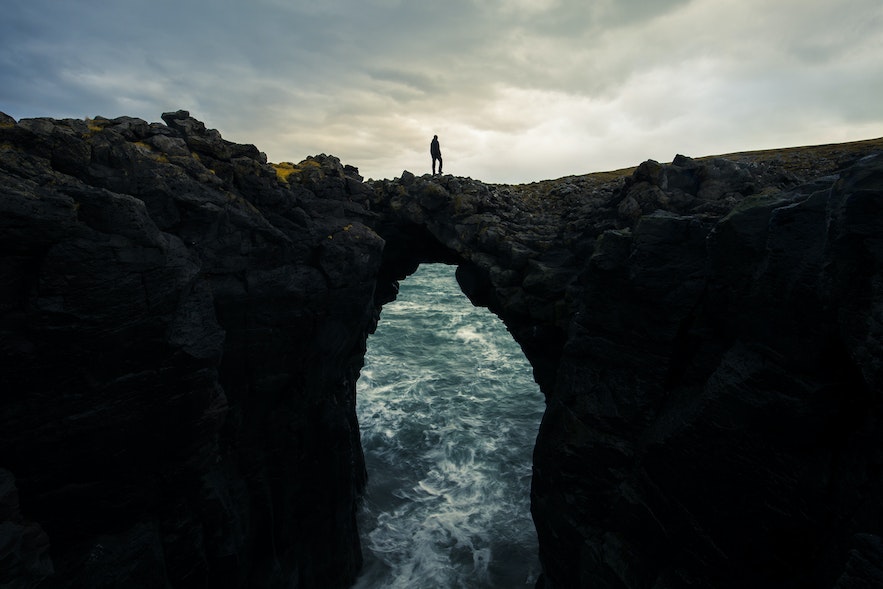 You’ll be able to cover most of these locations with a standard focal length of 24-70mm, but you’ll probably benefit more from the lower focal lengths, so if you only bring one lens I’ll go with something like a 16-35mm.

I hope you enjoyed this article! If you want to see even more from my side, I have extensive video guides for a lot of locations in Iceland. Check out the video for this location below for even more pictures and drone footage. If you want to buy any of my pictures as beautiful high-quality prints check out my Society6 page. Also visit my website and follow me on Instagram or look through my pictures on 500px if you like!